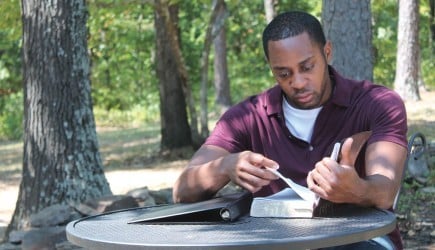 STAFF REPORTS
At least four colleges and universities associated with Churches of Christ — Lipscomb University, Lubbock Christian University, Oklahoma Christian University and Rochester College — report all-time high enrollments this fall.
Meanwhile, Harding University’s string of annual record enrollments has ended at 25, despite more undergraduates than ever.
More details on enrollment figures reported to The Christian Chronicle:
• Abilene Christian University : Enrollment of 4,371 represents a 4 percent decline from 4,558 last fall.
However, freshman enrollment jumped to 958, up 11 percent from 864 last year.
“We’re excited about the growth in our residential programs, both at the undergraduate and graduate levels,” said Kevin Campbell, the Texas university’s chief enrollment officer. “It signals to us that while we, like others, continue to feel the impact of the nation’s troubled economy, ACU is still able to attract quality students.”
• Crowley’s Ridge College: The Arkansas college’s enrollment of 207 represents a 6 percent decline from last fall’s record of 221.
Crowley’s Ridge officials cited the economy and cost concerns as the reason for the decline.
“We are seeing a significant decline in parents’ ability to provide adequate family financial resources to bridge the gap between available student aid and the cost of attending,” President Ken Hoppe said.
• Florida College: Enrollment hit 532, up 6 percent from 502 last fall.
“We’re expanding our four-year programs, being careful to grow in areas that are in demand,” said Paul J. Casebolt, Florida College’s director of enrollment management.
• Freed-Hardeman University: Enrollment of 1,904 represents a 3 percent decline from last fall’s 1,972.
The Tennessee college’s officials say the academic quality of the freshman class improved as the average ACT score rose 1.4 points. “I am very pleased with the quality of FHU’s freshman class,” said C.J. Vires, vice president of academics and enrollment management.
• Harding University: The Arkansas university’s total enrollment dipped to 6,815, down 5 percent from last fall’s record of 7,155 students.
Total undergraduate enrollment is up to 4,390 from last year’s 4,340. Graduate enrollment dipped to 2,425 from last year’s total of 2,815.
The university will no longer enroll as many students in two graduate programs being phased out by the Arkansas Department of Education. Last year, Harding enrolled 390 students in those programs.
• Lipscomb University: With a sixth straight year of record enrollment, Lipscomb has nearly 4,300 students and has added 1,200 students in the last five years.
The Tennessee university expects the figures to keep increasing as several new graduate programs in business and education begin.
Lipscomb topped 4,000 students for the first time last year.
“We have had a period of tremendous growth in a time when the country has experienced one of the worst financial periods in its history,” Lipscomb President Randy Lowry said.
• Lubbock Christian University: The Texas university’s enrollment hit a record 2,135 students, a 5 percent increase from 2,038 last fall.
The previous high enrollment of 2,079 occurred in 2005.
“It is a testament to the vitality of the LCU community and our growing reputation for providing a life-changing educational experience,” President Tim Perrin said of the record.
• Ohio Valley University: The West Virginia university reports fall enrollment of 468, down 11 percent from last year.
However, Jeremy Jacoby, OVU’s vice president for university outreach, said, “Indications all point to a better persistence rate from fall 2012 to spring 2013, suggesting a higher caliber of student this year over last.”
• Oklahoma Christian University: The Oklahoma university’s enrollment hit a record 2,271 students, breaking the record of 2,258 set in 2007.
Enrollment rose 4 percent from 2,194 last fall.
“This is Oklahoma Christian’s golden age in many ways, including enrollment,” President John deSteiguer said. “We are thrilled with the spirit on campus and the momentum we have because so many students are calling OC home.”
• Rochester College : Enrollment hit 1,150, up 8 percent from 1,069 last fall.
“God has given us a third consecutive year of record enrollment,” said Rubel Shelly, the Michigan college’s president.
• York College: Enrollment  of 471 represents a 7 percent decline from last fall’s 507, which marked a 12-year high.
The Nebraska college’s officials tout an increasing retention rate as cause for optimism.
That “means students are happy with the education and experience at York College,” said Shane Mountjoy, vice president for student development and dean of students.
Some Christian universities did not respond to requests for enrollment data by press time.