Writer shares experiences from the Medical Missions Conference — including the presentations he made alongside his physician wife.

SPRINGDALE, Ark. — Uh-oh! I’m at a Church of Christ conference, and we’re talking about snake handling!

Actually, it was a lecture on handling snake bites. Speaking at this year’s Medical Missions Seminar, Dr. Dean Ezell, a physician and medical director for River City Ministry in North Little Rock, Ark., led a session on treating bites, stings and “envenomations” (a word I’m pretty sure he made up).

Uh oh! I’m at a church conference and we’re talking about snake handling! Actually, I’m in a session at the annual…

I was thrilled to speak on “The Importance of Sharing Your Story” at the conference, which brought more than 200 Christian healthcare workers to northwest Arkansas, the birthplace of Wal-Mart.

(Appropriately enough, there was a Sam’s Club across the street from our hotel. I found a great sweater for 12 bucks.) 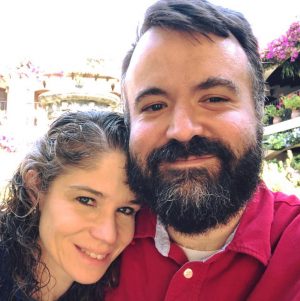 I was doubly thrilled to co-present with my wife, Dr. Jeanie Tryggestad, and share experiences from our medical mission trips to Guatemala with Health Talents International and our 2012 trip to Cap Haitien, Haiti.

It was our first time doing anything like this together, and I think it went reasonably well. We are, to my knowledge, still married.

Jeanie, a pediatric endocrinologist at The Children’s Hospital in Oklahoma City, shared some of what she’s seen on the field.

We workshopped how to effectively share that info in a way that gives dignity to our subjects. We want to engender respect, not pity. And we want to empower people to contribute to what God is doing around the world and in our own communities. 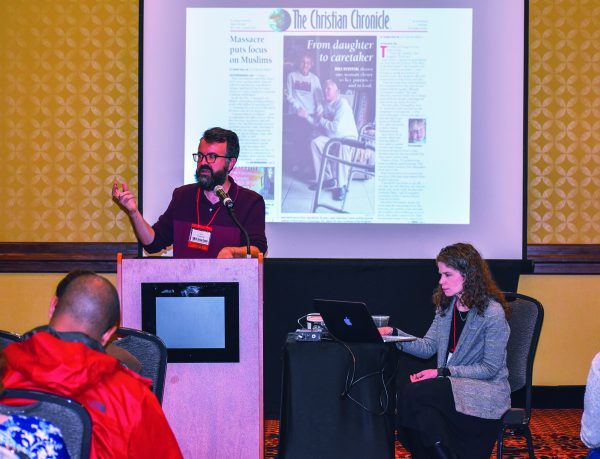 Erik and Dr. Jeanie Tryggestad present “The Importance of Sharing Your Story” during the Medical Missions Conference. Later, they switched places as Dr. Tryggestad talked about her experiences working in an inner-city clinic in Oklahoma. (Her husband ran the PowerPoint.)

Speaking of which, we also did a session on Jeanie’s work at The Lighthouse Clinic, a ministry of the Capitol Hill Church of Christ in inner-city OKC.

The conference, sponsored by International Health Care Foundation, was all about shalom, a Hebrew word we define as “peace” that really means so much more. It’s the peace that comes from being in the presence of God — the “dimension … where peace passes understanding,” said Dr. Michael Justus, one of the keynoters.

Shalom can be elusive — even when in the presence of Jesus himself, said Justus, a Searcy, Ark.-based physician who has served students on the campus of Harding University. 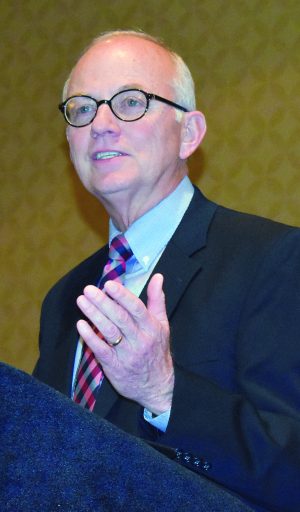 He noted the story of Mary and Martha from Luke 10. While Mary was content to sit at the Messiah’s feet, Martha was caught up in the role of playing hostess. Finally, Justus said, “she’s overwhelmed and she breaks down.”

Jesus’ response: “Martha, Martha, you are worried and upset about many things.”

Or, as Justus paraphrased, “Martha, the train to shalom has left the station and you are not on it.”

Shalom can be especially difficult to find for folks who work in medicine. Later at the seminar, Dr. Luckson Previl, an optometrist who grew up in Cap Haitien and works with Every Eye Will See Him Ministries, talked about how Christian physicians get “too focused on fixing the problems of the world for God.” 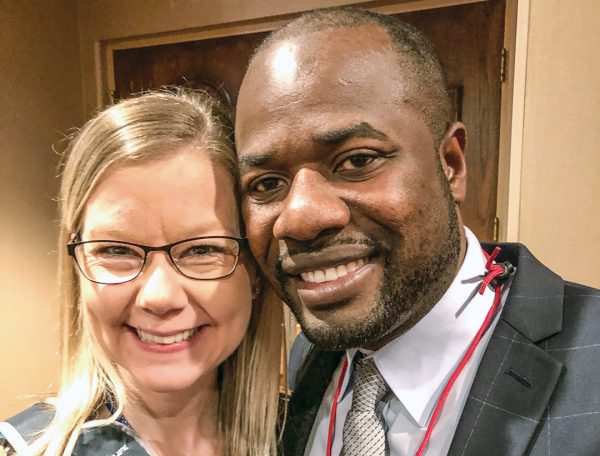 Dr. Luckson Previl and his wife, Erica, at the Medical Missions Conference.

“Why are we so peace-less?” he asked. “I think we are dealing with a case of mistaken identity. We think we are in charge. … As medical missionaries we are not the saviors, but agents of peace from God.”

“Why are we so peace-less? I think we are dealing with a case of mistaken identity. We think we are in charge.”

Another speaker, Dr. Shannon DeShazo, talked about how she incorporates shalom into her practice in North Texas. She worships with the McDermott Road Church of Christ in Plano.

“Don’t define yourself by the world’s measures of success,” she said. “Success in God’s view is loving someone who no one else loved today.”

She’s been coming to the Medical Missions Conference since she was a sophomore at Harding in the mid-90s.

“This is my deep breath at the beginning of the year,” she said. 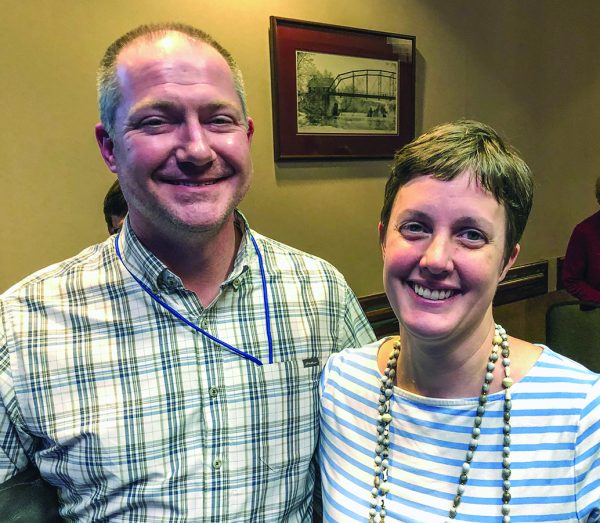 Dr. Shannon DeShazo and her husband, Jon, at the Medical Missions Conference.

Jeanie and I felt the same way.

We left the conference with a renewed sense of shalom, and I pray that in this new decade God will restore us continually to peace — despite all of the bites, stings and envenomations to come. 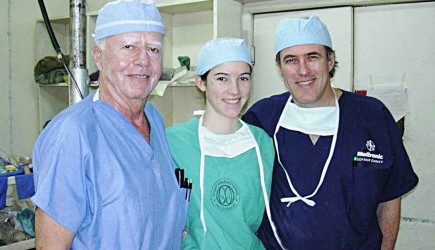 Charles Branch Sr. has dedicated much of his life to… 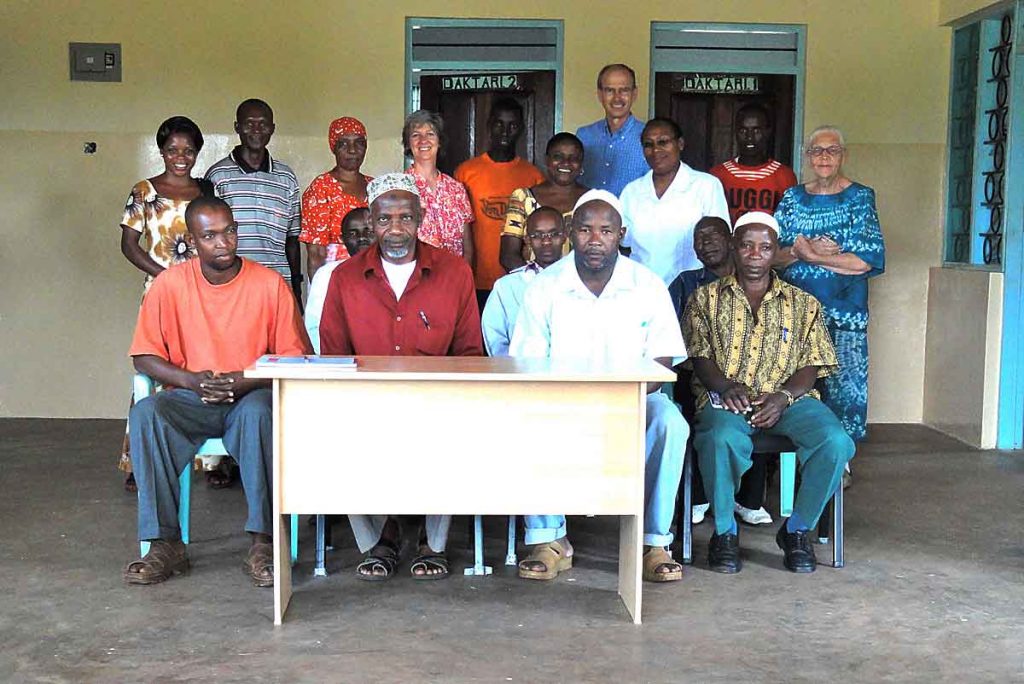 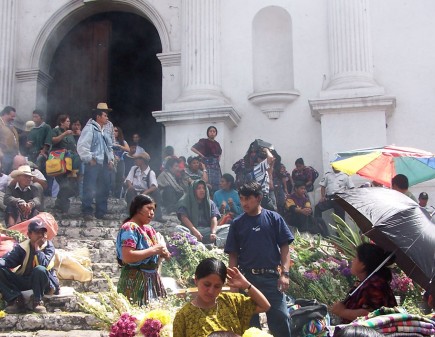 A Night of Healing Before Guatemala’s Day of the Dead