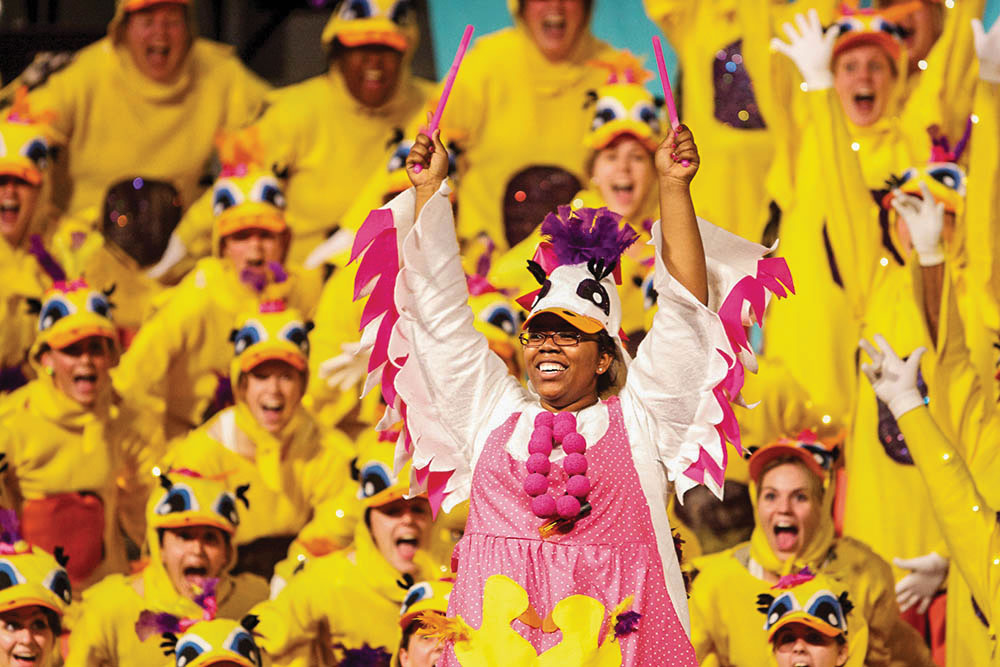 Singing in the spring: Upcoming performances

Erik Tryggestad
President and CEO
Following is a list of springtime musicals sponsored by U.S. colleges and universities associated with Churches of Christ.

See a related story about these musicals, and share your springtime musical experiences. 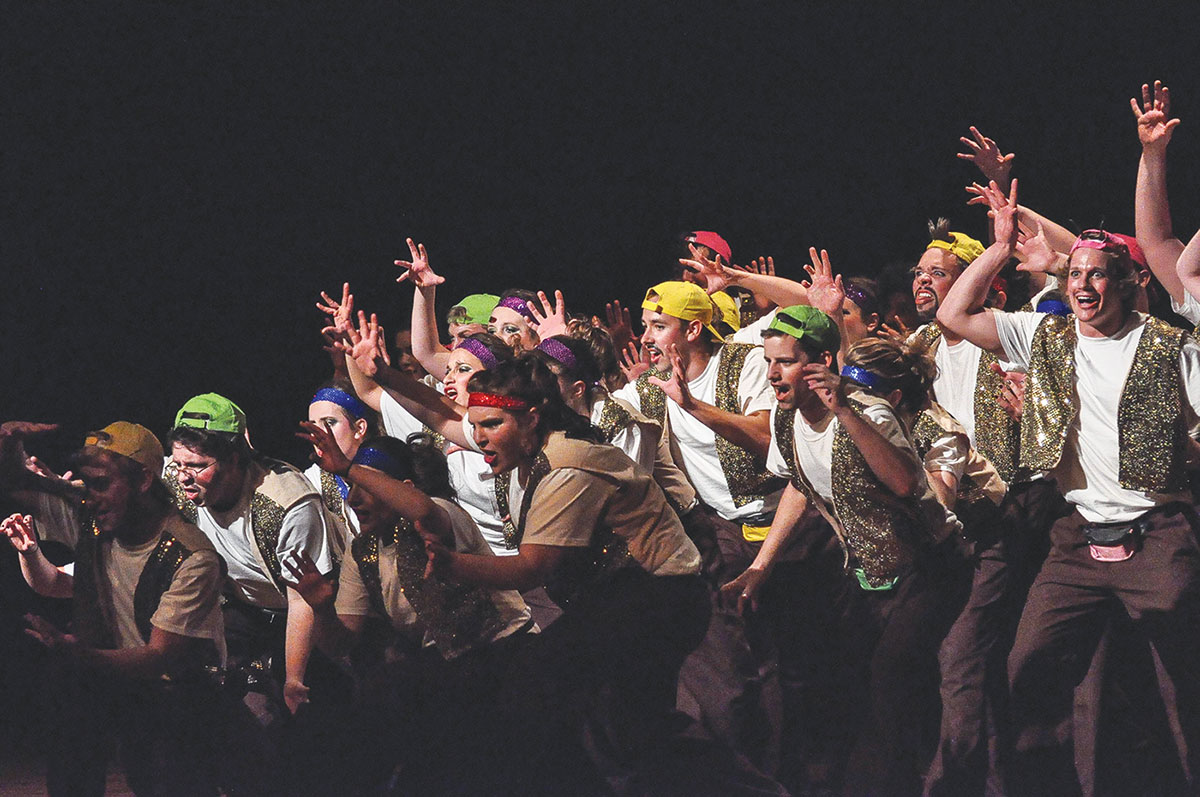 YORK, Neb. — Nearly 150 students, about one-fourth of York’s student body, take part in the annual Songfest, which began in 1978.
Social clubs perform four shows, including song medleys and choreography. Three hosts and three hostesses perform solos, duets and group numbers between acts.
“Though Songfest is not a ‘spiritual’ program, our emphasis in all activities is honoring God,” said Chrystal Houston, director of alumni and communication. “Many clubs incorporate prayer/devotional time into each rehearsal.” 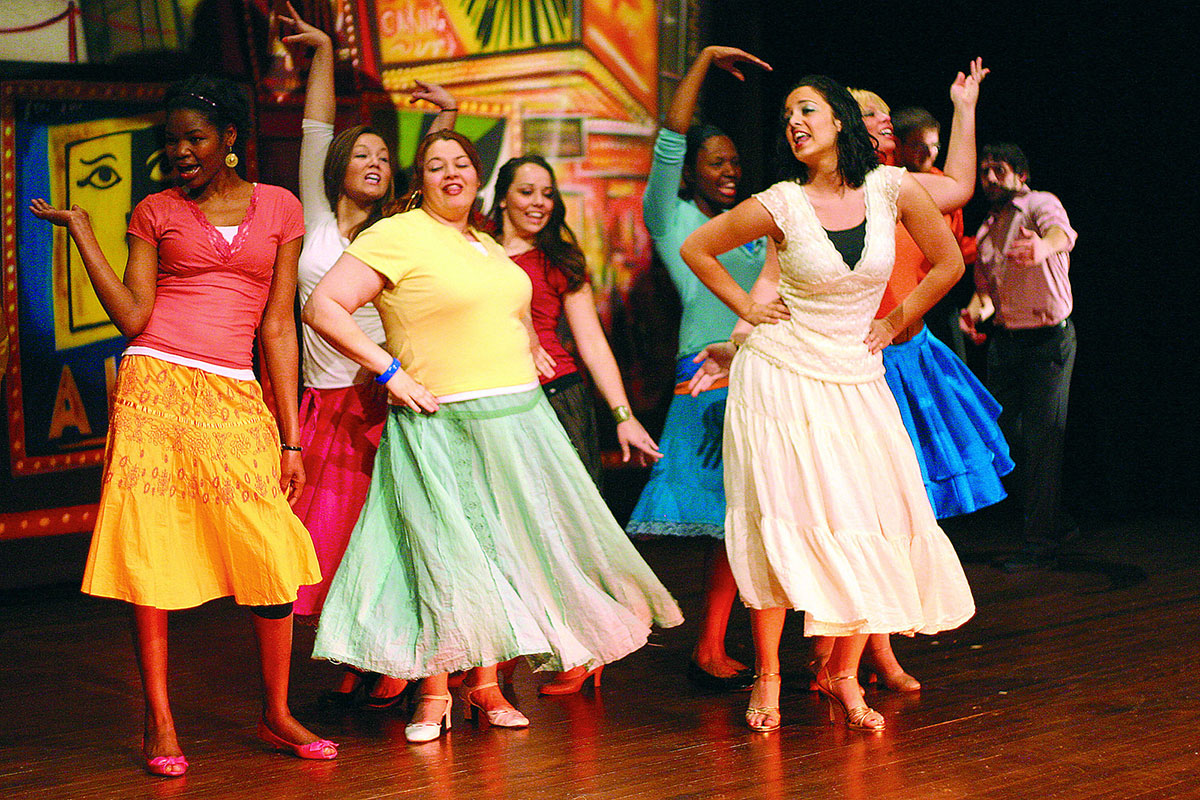 Rochester College Celebration Singers in 2005 – PHOTO PROVIDED BY ROCHESTER COLLEGE
ROCHESTER HILLS, Mich. — In 1977, under the direction of Randy Gill and Larry Jurney, the college launched Celebration.
The music and theater departments presented a series of mini-plays and excerpts from musicals, recalled Larry Stewart, alumni director. Gill composed the event’s theme song, “Celebrate,” which “stirred great emotions every time it was performed in subsequent years,” Stewart said.
“Nearly 400 guests packed the chapel in 1982,” he added. “We even had to sit students on the ledge by the stained-glass windows.”
NEXT PERFORMANCE: March 20-22 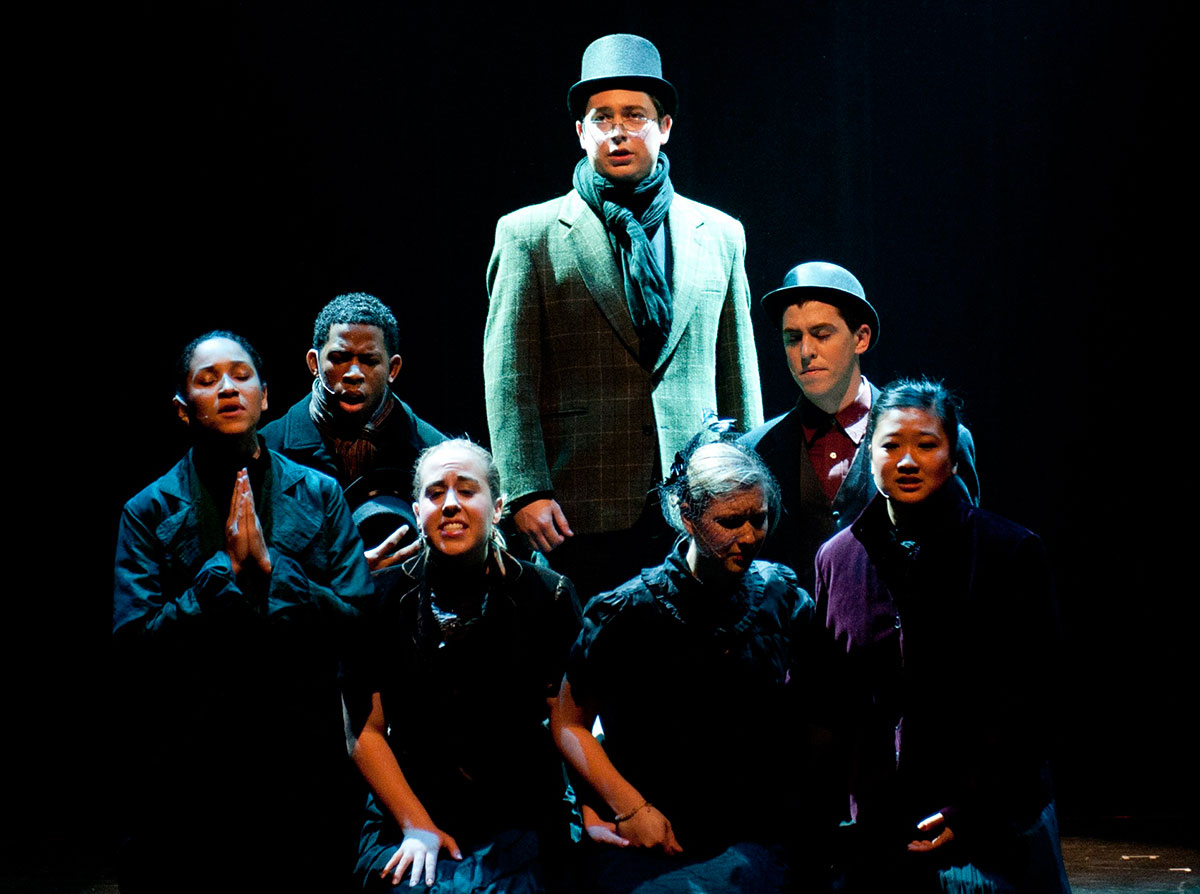 MALIBU, Calif. — Not far from Hollywood, up to 500 students participate in this production, which celebrated its 40th anniversary in 2013. This year seven groups will perform 12-minute shows, including a maximum of five musical numbers each. On occasion, a non-competing faculty, staff and alumni group participates.

“Student groups come from all walks of campus life,” said Sam Parmelee, director and executive producer. “There are no requirements that groups have any affiliation with any particular student organizations.”
NEXT PERFORMANCE: March 11-15 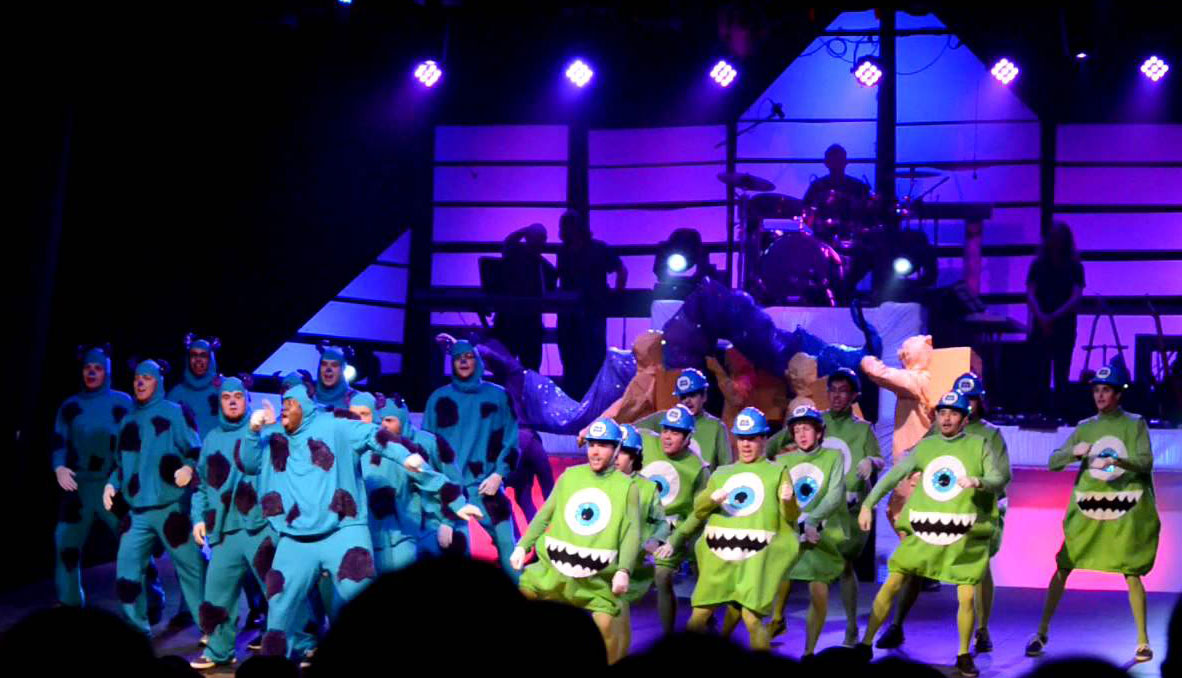 Oklahoma City — About 600 students take part in this performance, which dates back to 1969. Hosts sing popular music between five-minute skits presented by the university’s social service clubs. The event is part of a campus visit weekend for prospective students.
“This is a fully student-run show,” said Amanda Watson, student events coordinator. “The executive director, tech director, band director and club coordinator are all current OC students. These students along with many others make the whole show come together.”
NEXT PERFORMANCE: March 2015 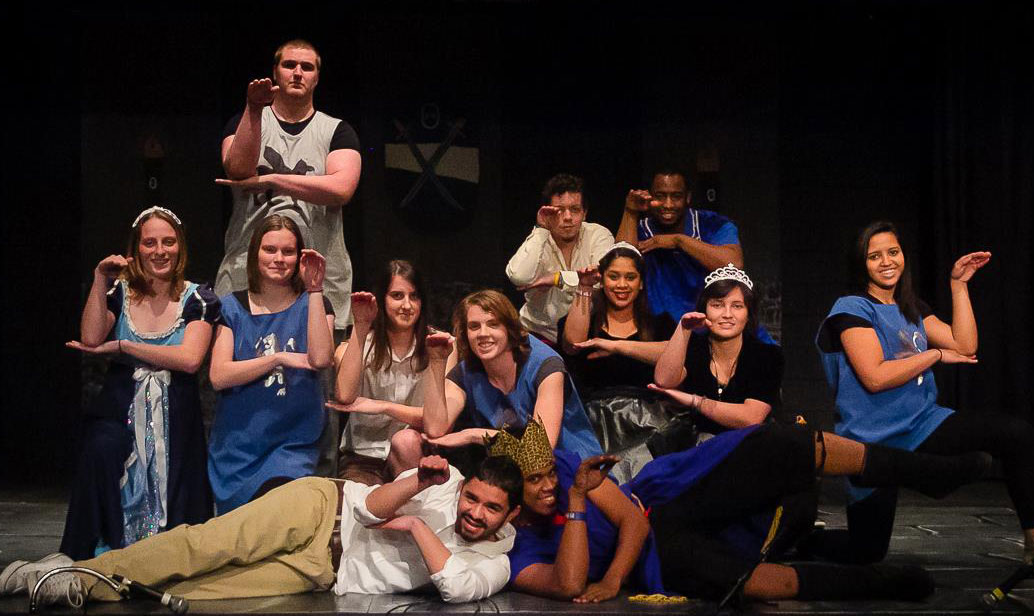 VIENNA, W.Va. — This musical comedy extravaganza was developed by students at Ohio Valley University in the mid-1970s. Now the university’s social clubs, individual students and faculty members participate.
The Expressions! Players, an auditioned group of OVU students, hosts the annual production with short, comedic vignettes interspersed between acts.
The performances are part of a homecoming celebration that includes a reception for alumni and friends, home basketball games and a senior recognition day.
NEXT PERFORMANCE: February 2015 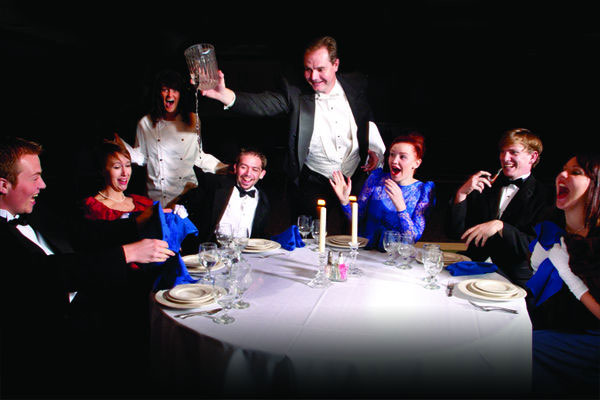 Hosts and Hostesses perform at Master Follies at Lubbock Christian University – PHOTO PROVIDED BY LUBBOCK CHRISTIAN UNIVERSITY
LUBBOCK, Texas — A 9-foot concert grand piano was the inspiration for this student talent show, envisioned by chorus director Wayne Hinds 56 years ago as a means of funding the purchase for the university’s music program.
Now the show consists of performances from eight social clubs, using songs and choreography.
The performances are the highlight of the university’s homecoming weekend. Students have portrayed hyper baristas and jumping crayons in years past.
A group of coal miners and dancing cats took top honors this year.
NEXT PERFORMANCE: February 2015 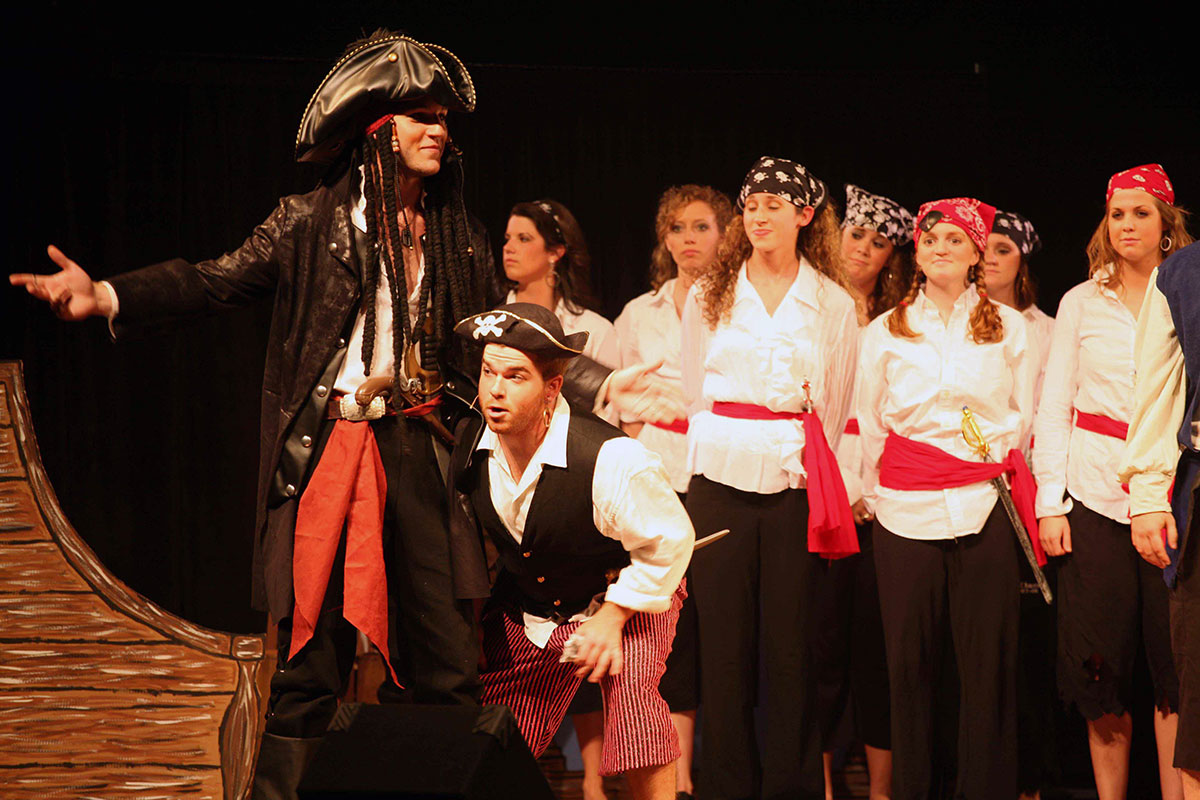 NASHVILLE, Tenn. — Students used to stand on risers and sing during the early years of this show, which first appeared on this Music City campus in 1964.
Now the performance is three “mini-musicals” that include dialogue and a minimum of eight songs, said Sarah Keith Gamble, associate dean of student life. Hosts and hostesses open and close the show and perform between acts.
“We strongly encourage the student directors to streamline their rehearsals so there isn’t wasted time,” said Gamble, who was part of the show during her college years.
NEXT PERFORMANCE: April 3-5 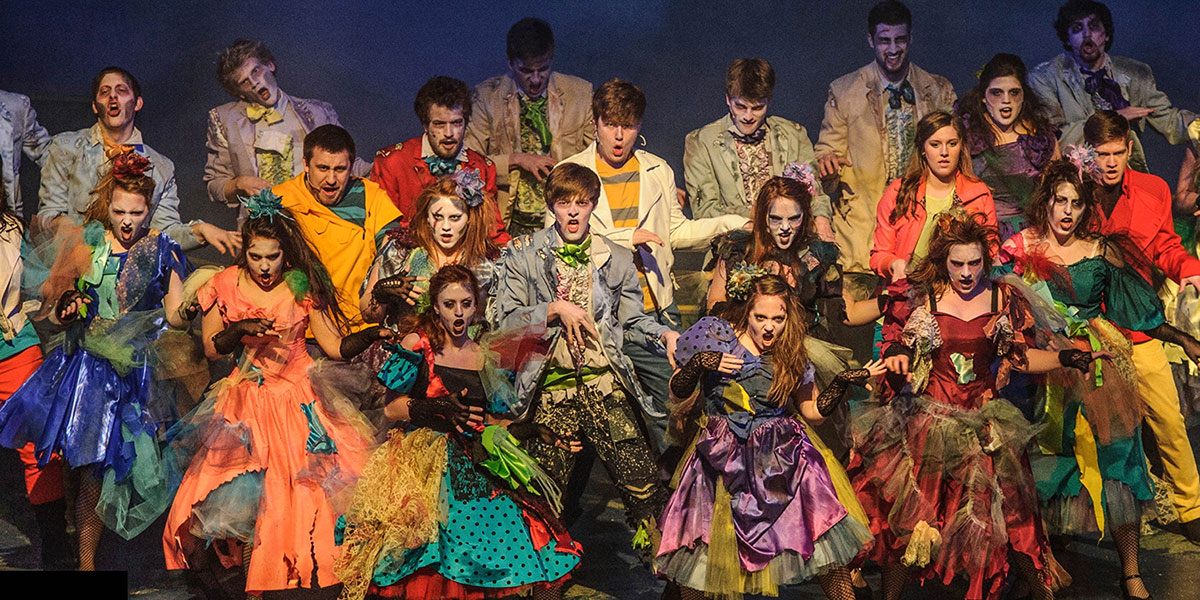 
SEARCY, Ark. — Eight shows of seven minutes, with up to 120 cast members each, highlight this year’s Spring Sing, part of campus life at Harding since 1974.
The show usually clocks in close to two hours. It includes performances by hosts and hostesses that “incorporate full staging, costuming, media integration and state-of-the-art special effects,” said Steven Frye, professor of theater and Spring Sing’s director for 20 years.
“We believe the process of teamwork and hard work is a perfect microcosm for the larger Christian experience,” Frye said.
NEXT PERFORMANCE: April 17-19 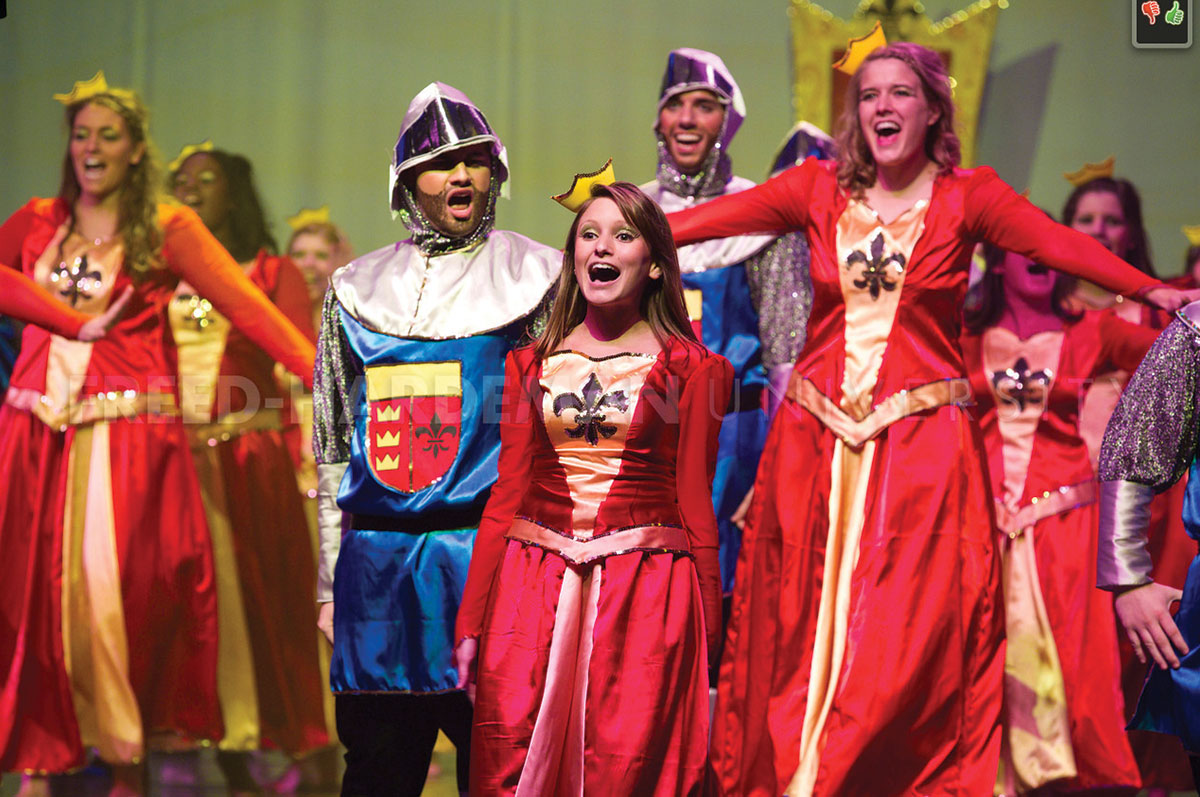 HENDERSON, Tenn. — Nearly 600 students participate in the annual musical event, a tradition since 1978. Six social clubs compete for a sweepstakes trophy. Each creates a seven-and-a-half-minute show, using familiar songs with modified lyrics to fit the stories. Competitors develop their own costumes and choreography.
“I think participation can be faith-affirming,” said Nancy Bennett, media relations director. “Learning to work together for a common goal, developing leadership skills and building relationships are all skills that are vital in the church.”
NEXT PERFORMANCE: April 11-12 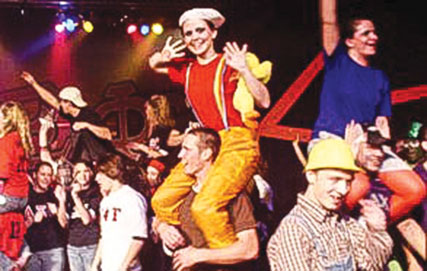 MONTGOMERY, Ala. — For 36 years, students on Faulkner’s campus have put together musical performances as part of a recruiting weekend for the university.
The event also gives participating social clubs the chance to recruit new members. The weekend features events for alumni.
“I am glad our school allows us to take part in such a great outlet that allows us to get to know each other and express ourselves in a wholesome and fun way,” said Laurie Ann Wadley, who served as a Jamboree hostess for the 30th anniversary performance in 2008.
NEXT PERFORMANCE: April 4-5 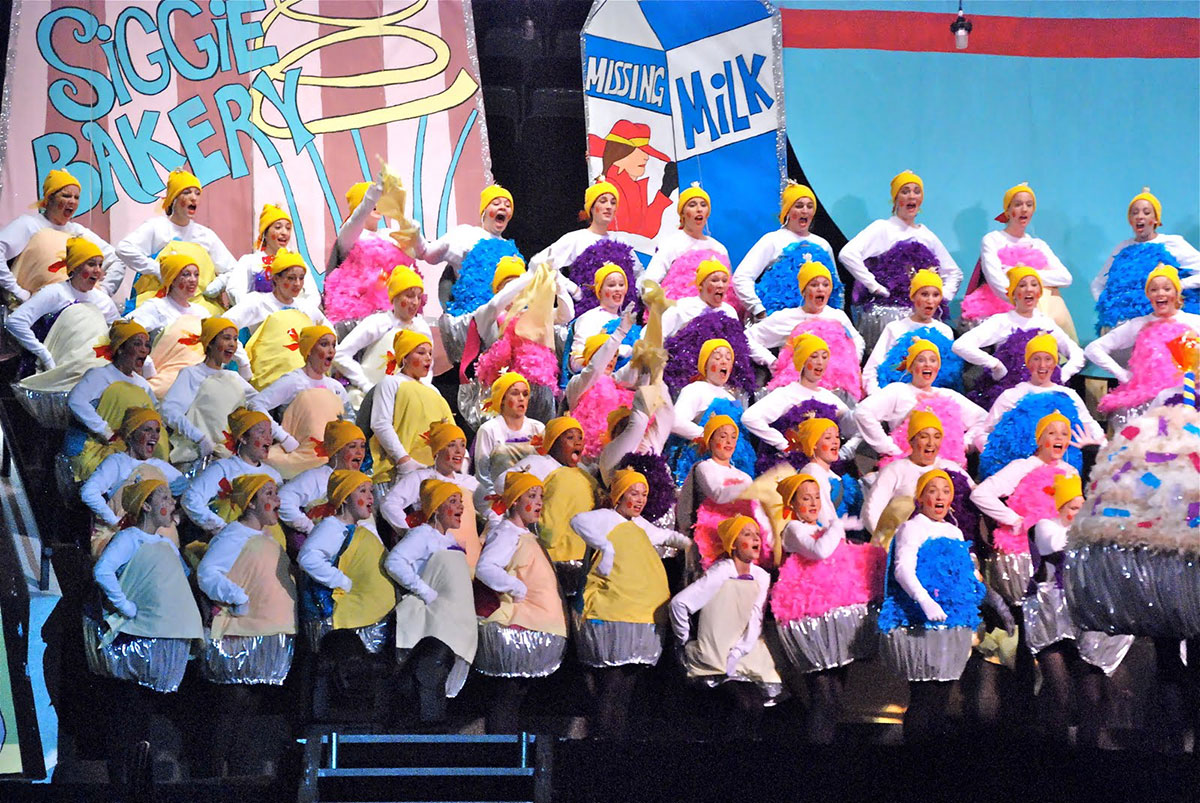