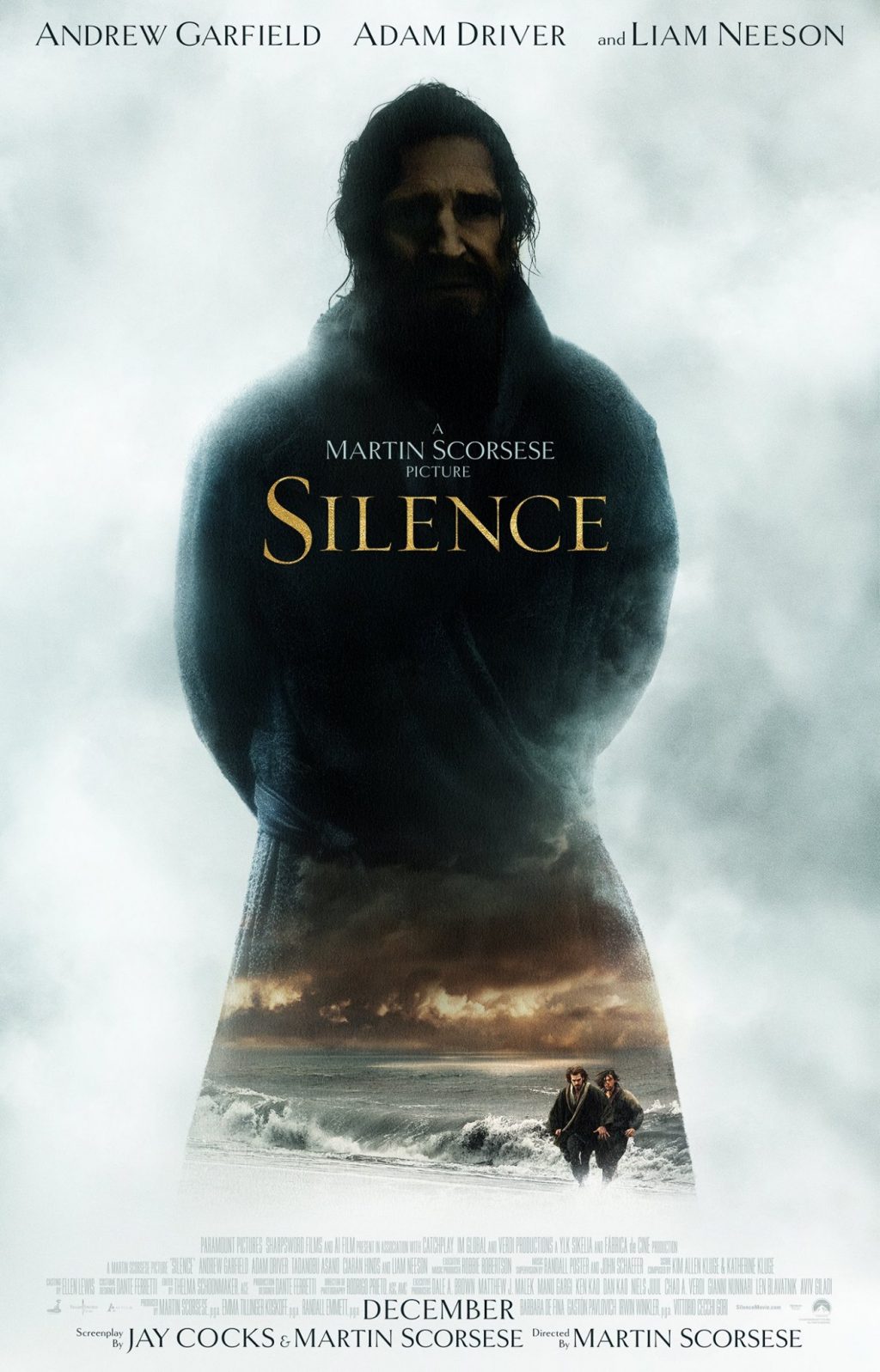 Faith-based film described as "challenging" and "complex."
Chellie Ison
Why? Why is God silent when we suffer?

It’s a deep question that haunts Martin Scorsese’s “Silence.” Based on a Shusaku Endo’s 1966 historical fiction novel, the film explores the cost of unwavering Christianity in 17th century Japan — at a time when the faith was forbidden.

“The title, ‘Silence,’ relates to a principle we all have to deal with— recognizing the power of a good and powerful God, alongside evil and pain,” Dale Brown, one of the film’s executive producers, told The Christian Chronicle. 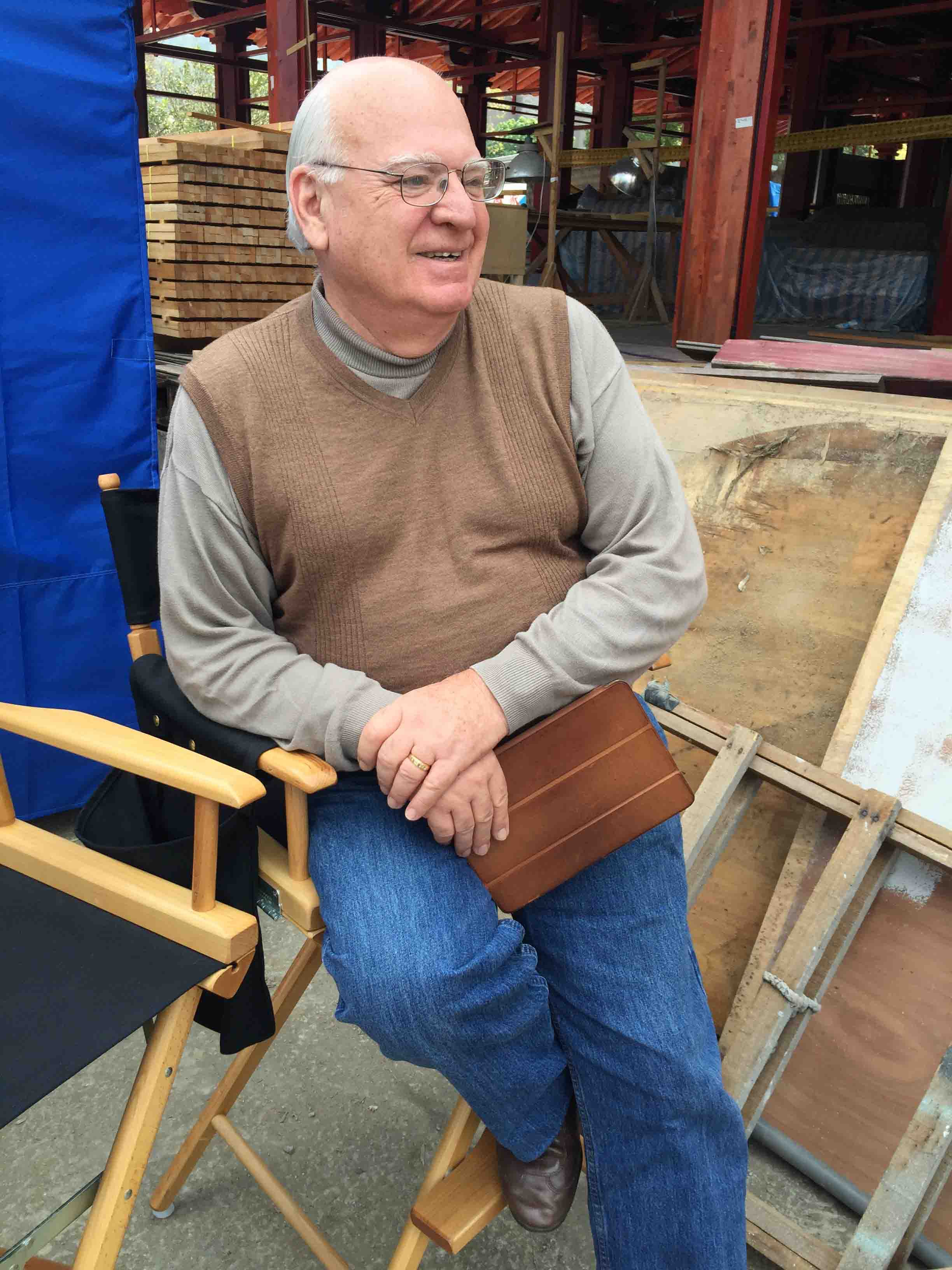 Dale Brown sits on the set of ‘Silence’ during filming in Taipei. (PHOTO PROVIDED)Brown, a longtime member of the Golf Course Road Church of Christ in Midland, Texas, and former chairman of the The Christian Chronicle’s Board of Trustees, is the founder of Moriah Media and Sharpsword Films, which were involved in the making of “Silence.”

Brown described “Silence” as a passion project for Scorsese, director of films including “Taxi Driver,” “Raging Bull” and crime dramas “Goodfellas” and “Casino.” In 2007 he won the Academy Award for best director for “The Departed.”

Scorsese started work on the project that would become “Silence” in the late 1980s, Brown said, around the time he directed the controversial film “The Last Temptation of Christ.”

“Silence” tells the story of a Portuguese Jesuit missionary — Cristovao Ferreira, played by Academy Award nominee Liam Neeson — who travels to Japan to teach Jesus to a people who face dire consequences if they convert from Buddhism.

Back in Portugal, two of Ferreira’s former students are told that their mentor has turned his back on God, so they decide to make the journey to save him. Portraying the young missionaries are Adam Driver, best known as Kylo Ren from 2015’s “Star Wars: The Force Awakens,” and Andrew Garfield, who recently portrayed a real-life soldier of faith, Desmond Doss, in Mel Gibson’s “Hacksaw Ridge.” RELATED: Movie review: A bloody, violent story of faith under fire Unlike other recent faith-based films, including “God’s Not Dead” and “The War Room,” the R-rated “Silence” shows graphically the cost of following Christ. 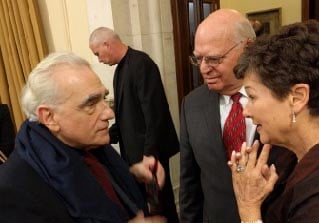 Dale and Rita Brown talk with Director Martin Scorsese during a screening of ‘Silence,’ held at the Vatican. (PHOTO PROVIDED)“The hope,” Brown said, “is that folks who aren’t churchgoers will see Christian faith in a way that will inspire them to ask meaningful questions.”

Brown and his sons, Tod and Cary, got involved in the project because it aligns with the company’s goal of introducing spirituality and morality into today’s culture.

“It is not like a sermon in a film. It doesn’t go logically through arguments,” Brown said. “It gets into some pretty challenging issues.”

Reviewer Brian Truitt of USA Today described “Silence” as “a film Scorsese was born to make,” adding that the director “proves he’s as masterful a filmmaker with men of God as he is with gangsters.” CLICK HERE TO READ TRUITT’S FULL REVIEW Although “Silence” shows the suffering endured by the missionaries, “it’s the converted people, those wanting to pray to God instead of Buddha and caught between these opposing forces, whose plights are the most arduous,” Truitt wrote. “At what point and after how much pain would you denounce your core belief system? In their religious passion, Scorsese makes his point in a most powerful fashion.”
‘Simplistic answers don’t get us where we need to be.’
Scott Elliot, minister for the La Grange Church of Christ, in La Grange, Texas, described “Silence” as “a mixture of beautiful filmmaking and a complex and challenging story that will linger with you long after the final credits.”

The film “does not provide easy answers and a nice warm conclusion,” Elliot wrote in a review. “In fact, you may have more questions after you walk away from this movie than you did going into it. CLICK HERE TO READ THE FULL REVIEW “What makes ‘Silence’ worthwhile is that it takes faith seriously. It is not shallow in any way.”

Dale Brown with his family pose for a picture with Andrew Garfield, who plays Rodrigues, at a premiere of ‘Silence’ in Los Angeles. (PHOTO PROVIDED)

Brown, reflecting on the film, said, “Simplistic answers don’t get us where we need to be.”

“If you’re looking for entertainment,” he added, “this may not be for you.”

“Silence” is now playing in theaters across the country.