This graduate theology student — one of four sisters and the mother of five girls — doesn’t think so.

ARLINGTON, Texas — Christa Sanders Bryant has a passion for teaching the Bible.

The mother of five believes God has called her — and all Christians — to lead souls to Jesus.

But even though she is pursuing a master’s degree in biblical studies, Bryant, 42, said she has no desire to step to the pulpit in a mixed-gender worship assembly.

“I would never get up in a formal worship service and preach, and I would never get up and pray, because I do believe that 1 Timothy prohibits that,” she said. “But I don’t think that takes away from our role of being evangelistic or being a teacher or being the best Christian that I can be.”

In 1 Timothy 2:11-12 (New International Version), the apostle Paul writes, “A woman should learn in quietness and full submission. I do not permit a woman to teach or to assume authority over a man; she must be quiet.” 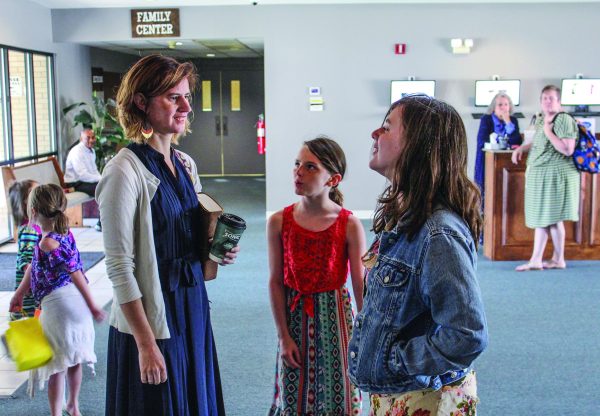 Minister’s wife Christa Sanders Bryant with daughters Sophia, 10; and Ava, 11. Her other daughters are Haydn, 16; Corinne, 8; and Olivia, 6.

Bryant’s husband, Dewayne, serves as the evangelist for the New York Avenue Church of Christ, a 300-member congregation in the heart of Dallas-Fort Worth.

Besides homeschooling her daughters — who range in age from 6 to 16 — Christa Bryant stays busy with her own online coursework.

This semester, she’s studying biblical interpretation and hermeneutics through the Kearley Graduate School of Theology at Faulkner University in Montgomery, Ala.

“Many people will ask why as a woman I am doing this,” Bryant wrote on Facebook last year. “Jobs are fairly limited in this field, and truthfully, my days are filled with homeschooling and Classical Conversations.”

According to its website, Classical Conversations is a program that enables parents to “equip their children with a Christ-centered worldview and the classical ‘tools of learning’ in order to impact the world for God’s glory.”

But Bryant said her girls won’t be young forever. Ultimately, she hopes to teach Bible at the college level “to young women who desperately need the word of God.”

Dewayne Bryant, who earned a Ph.D. in biblical studies with an emphasis in Old Testament from Amridge University in Montgomery, said he wholeheartedly supports his wife’s graduate studies.

Bryant said he wishes Churches of Christ did a better job supporting and encouraging the important role of women.

“Guys who are preachers get so much attention,” he said. “Everyone shakes their hand and tells them, ‘Good job.’ Women don’t get that, and I wish they did. Because they deserve it.” 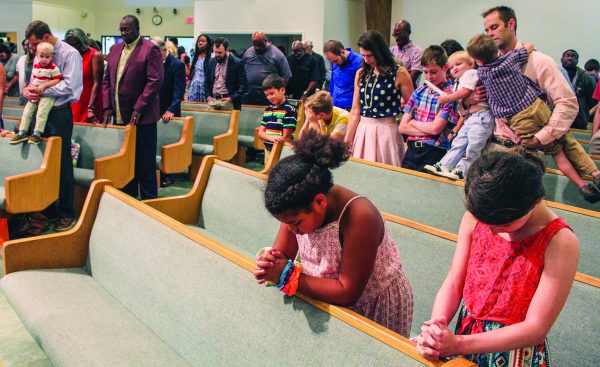 Members of the New York Avenue Church of Christ, including elder Charles Hervey in the maroon suit, pray during a Sunday morning assembly.

What it means to ‘submit’

A majority of the New York Avenue church’s elders — three out of five — did not grow up in Churches of Christ.

Instead, they married women who played significant roles in shaping their biblical understanding.

“Women are very important. Without them, we wouldn’t be here,” said Ralph Rogers, one of the two shepherds reared in the fellowship. “But that doesn’t give us the right to have them preaching or other things. Because we don’t have the authorization in the Bible.”

Elder Chris Parker, who was raised Baptist, said: “Our women are grounded in the Gospel, and they understand their role. But they also understand that their role is very important, although it’s not the role to be a deacon or an elder or a preacher.”

The New York Avenue elders said they hear about other congregations allowing women to serve communion or lead prayers in the mixed-gender assembly.

The changes perplex these shepherds.

“I don’t know where they get it because my Bible doesn’t seem to have some of the stuff in there that they’re doing,” elder Wiley Collins said. “I cannot participate in a service like that. I just can’t do it. I think it’s wrong.” 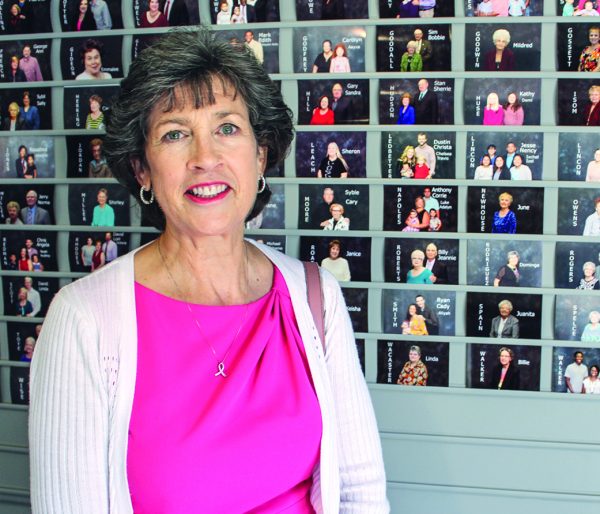 Elder’s wife Alice Bennett says she submits to her husband, just as she does to God and Christ. That’s what the Bible teaches her to do, she said.

Alice Bennett, wife of elder Andy Bennett, a former Catholic, said she feels extremely comfortable with her role in the church.

“Women are told to be submissive to their husbands, and that is something I should do. That’s not something my husband does. I submit myself, not the other way around.”

“My role is the same as any other Christian in that I need to study and know God’s word, and I need to teach others,” said Alice Bennett, who celebrated her 40th wedding anniversary last year. “But my teaching would be more to women or children. Or in private, I could teach a man.”

The grandmother of six said she never has felt “put down in any way” in the Churches of Christ.

“Women are told to be submissive to their husbands, and that is something I should do,” Bennett said. “That’s not something my husband does. I submit myself, not the other way around. 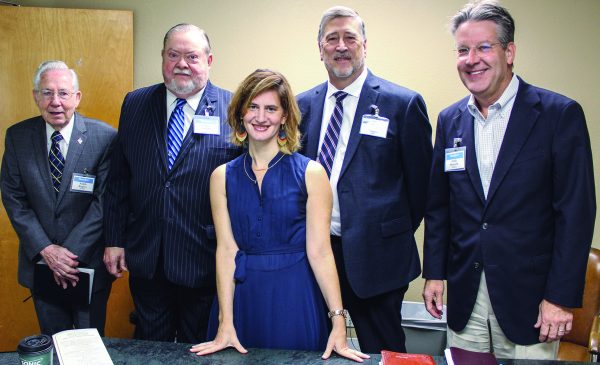 Not afraid to speak

Christa Bryant, one of four children — all girls — born to Phil and Jackie Sanders, earned her bachelor’s degree in English and education from Freed-Hardeman University in Henderson, Tenn., in 2001.

She said she wouldn’t want anyone to think she chooses not to preach or pray in a mixed-gender setting because she lacks the verbal skills.

In high school and college, she debated competitively, she noted.

“I think a lot of people assume that women don’t do these things because they can’t, like they physically or mentally can’t get up and do it,” said Bryant, a frequent speaker at ladies’ day events. “I’m not afraid to get up and speak to people at all. I chose this because of my studies and what I think and believe the Scriptures teach very plainly.”

“I’m not afraid to get up and speak to people at all. I chose this because of my studies and what I think and believe the Scriptures teach very plainly.”

Bryant said she also wouldn’t want anyone to think she came to her conclusions “because I grew up in a very traditional church with a very outspoken father, a very well-known father.”

Her dad, Phil Sanders, is the speaker for the national television ministry “In Search of the Lord’s Way,” sponsored by the Edmond Church of Christ in Oklahoma.

“I would hope,” Bryant said, “that people know I came to these decisions on my own.”

Read articles by Dewayne and Christa Bryant that delve deeper into questions related to women in the church.