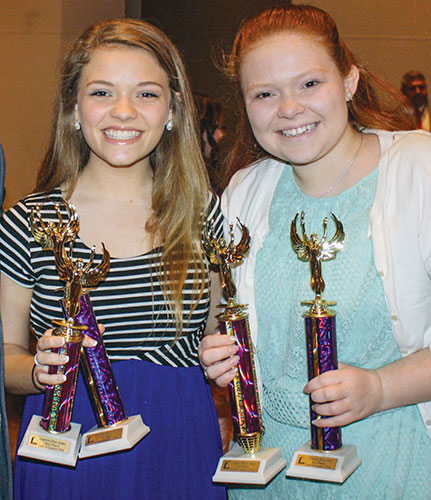 Should women preach in mixed-gender worship?

Standing before a room full of young women, mothers and a panel of female judges at the Atlanta Marriott Marquis, Ashley Cleveland and Kara Green opened their Bibles and argued the point. They referenced Paul’s words in 1 Timothy, “I do not permit a woman to teach or to assume authority over a man,” and the example the apostle gives from the order of creation.

• FEEDBACK: What do we tell our daughters about the proper role of women in church?

• VIEWS: As we debate gender roles, churches must encourage and energize women for ministry


Moments later, they argued the complete opposite, citing words from Acts, “your sons and daughters will prophesy,” and Paul’s testimony in Galatians, “nor is there male and female, for you are all one in Christ Jesus.”

The high school sophomores, ages 15 and 16, were among the 420 students who competed in debates during the recent Lads to Leaders conventions. The annual gatherings, hosted in six venues across the U.S. and one in the Philippines, brought together more than 25,000 youths from Churches of Christ.

Like most of the fellowship’s 12,300 congregations in the U.S., the Prattville Church of Christ in Alabama, where Green and Cleveland attend, allows only men to preach during its Sunday services. Cleveland said that preparing for this year’s debate forced her to “dig into Scripture” and ask, “Why do we really believe this?”

Green, the daughter of the church’s youth minister, said the experience also “opened my eyes to see what other people think and to be more understanding of what they believe.”
AN EDGE-OF-THEIR-SEATS DEBATE
The debates were one of 18 events, including song leading, signing for the hearing-impaired and Bible bowls, at the annual conventions. Designed for ages 12 to 20, the debates have focused on the use of instrumental music in worship and other oft-disputed topics among Churches of Christ. 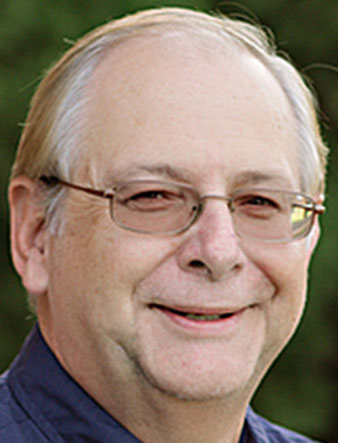 Roy Johnson“Our purpose is for them to have a deeper study of the Scriptures,” said Roy Johnson, executive director of Lads to Leaders, a ministry founded by Jack Zorn in 1968 to develop youths into Christian leaders. Johnson, one of Zorn’s first students, now serves as a minister and elder of the Hollins Church of Christ in Alabama.

“We did a debate on baptism about four years ago,” Johnson said, “and several in the audience asked to be baptized after they watched.”

Young men and women participate in separate debates. In teams of two, they make speeches supporting and refuting a resolution statement given to them nearly a year in advance. After a short break, they give rebuttals to what they’ve heard from other teams. Each debate lasts about 40 minutes.

“I think the debate is the most challenging event in all of Lads to Leaders,” said Glenn Colley, minister for the West Huntsville Church of Christ in Alabama, who moderated the men’s debate at this year’s convention in Nashville, Tenn. “The students have to think on their feet. I see teenagers sitting on the edge of their seats, poring over these passages — each word — to know just what the truth is. It’s super.”

Michael Benavides, 15, spent about three months preparing for this year’s debate. Though he grew up in the West Huntsville church, “I really didn’t understand the whole point of roles in worship,” he said.

He studied 1 Corinthians 14, in which the apostle Paul states that “women should remain silent in the churches.” He examined the context of the chapter, devoted to orderly worship and the disciplined use of spiritual gifts in a young congregation. He also sought out passages about prominent women in the early church, including Priscilla and Phoebe. His two older sisters in college, who participated in previous debates, helped him prepare his arguments. 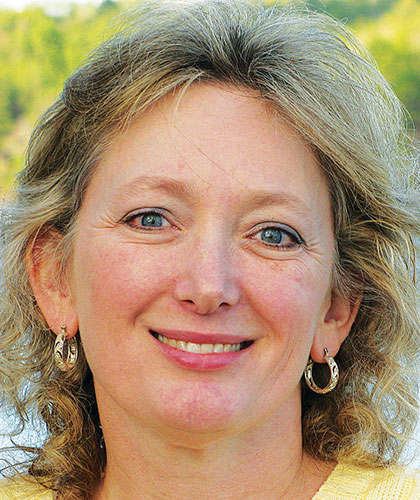 Lisa Missildine
“After doing this debate, you see that it isn’t about inequality,” Benavides said. Men and women “all have the same ability to go to heaven, to truly show God the love we have for him and to show the love he has for other people.”

Though only a handful of Churches of Christ have women preachers, the topic is important, said Lisa Missildine, a member of the Prattville church who helped judge the women’s debate in Atlanta.

Increasingly, “women are in a lot of leadership positions in the work world,” she said. “All those things are great, but you have to look at what the Bible teaches, what kind of roles God wants women to have.”

The debate allowed young Christians “to hear a wide range of ideas,” Missildine said, “and yet come to their own decision (as to) ‘What does the Bible say about it?’”
USING AND PERFECTING THEIR GIFTS
The debate judges, participants and parents who spoke to The Christian Chronicle all said they support the resolution statement of this year’s debate — that the New Testament does not authorize women to preach in mixed-gender assemblies.

But the debates exposed them to arguments against the resolution, said Charlotte JeBailey, a member of the Concord Street Church of Christ in Orlando, Fla., whose 15-year-old daughter competed in the women’s debate at the Orlando convention.

Most jarring to JeBailey was a statement by one team — in their argument against the resolution — that the Bible is sexist in its treatment of women. Rarely, if ever, is such a statement heard in church pews, JeBailey said, but it is one she has heard elsewhere.

“I think the church is under attack,” she said, noting changing trends in American society. “It’s important that we talk about subjects that are kind of touchy in current culture.”

Like thousands of other teenage Christians, Sara Barton loved her experience in Lads to Leaders in the 1980s.
Barton, who grew up in a Church of Christ in Arkansas and was a missionary in Uganda, now serves as chaplain for Pepperdine University in Malibu, Calif. In her book, “A Woman Called: Piecing Together the Ministry Puzzle,” she describes her faith journey, her study of Scripture, the roles of women in public assemblies and her desire for unity in spite of differing views concerning women and church life.
The website www.wherethespiritleads.org lists about 65 Churches of Christ in the U.S. as gender-inclusive. Women read Scripture, offer communion devotionals and lead prayers. Of those, 32 report that they are willing to invite women to preach. Wiley Clarkson, the site’s administrator, told The Christian Chronicle he believes there are more gender-inclusive churches that don’t wish to be listed.
As churches debate the issue, the Chronicle asked Christian women what they tell their daughters about the role of women in church.
Though their views vary, most of the respondents, including Sarah Gigstad of the Northwest Church of Christ in Westminster, Colo., stressed the need for obedience to God and church elders. “It is my role as a Christian woman to obey God through the ways he has asked me to worship him,” she said, “to be active in singing praises to the Lord, to bow in prayer alongside my brothers and sisters, to have ears to hear the Word.”

Kara Green and Ashley Cleveland, who took home a first-place award in the Atlanta debate, said they’ve heard questions from their high school classmates about why women don’t preach at their church’s services.

After participating in the debate, Green hopes to “just try to listen to them and see where they’re coming from so I can get an understanding,” she said. “Then I would tell them about what I believe.”

Cleveland added, “My response would be, ‘Why don’t we have a Bible study about this?’”

JeBailey said she’s thankful for the opportunities Lads to Leaders gives young women to speak in all-female assemblies and to develop their God-given talents.

“People get turned off by hearing ‘you’re not allowed’ as opposed to ‘this is part of God’s plan,’” she said. “We have to do a better job of painting how everybody has individual gifts, and then use them and perfect them.”

Too often young women see their roles in the church as less important than those of men, Missildine said.

“Getting up in front of people is not a determiner of how much you love God or how much you serve God,” she said. “The greatest leader of all got down and washed people’s feet.”
RELATED: