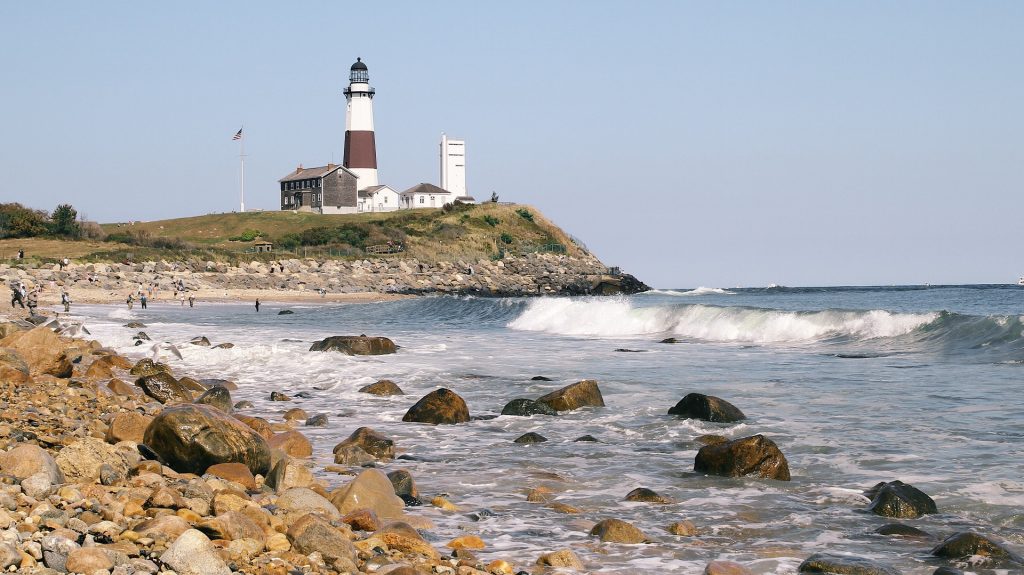 At New England conference, Christians urged to share Jesus beyond their church buildings.

Bobby Ross Jr.
Editor-in-Chief
MANCHESTER, Conn. — Roughly 750 miles south of here, the Queen City Church of Christ in Charlotte, N.C., started with eight Christians meeting in a house.
On a recent Sunday, 225 people — many learning about Jesus for the first time — attended the church’s worship service at a downtown YMCA.
“We are in the Y to stay,” Queen City minister Kent Massey told attendees at the sixth annual New England Church Growth Conference. “We will never own a church building. … Our mission is to be able to grow so we can already be thinking about where we’re going to plant another church.”
Anybody who has spent any time in a children’s Sunday school class knows that the church is not a building, right?
But too often, Christians focus all their attention on the place of the Sunday assembly, leaders said during the recent conference, hosted by the Manchester Church of Christ, east of the state capital of Hartford.
“The center of the Gospel should not be — cannot be — a geographic location,” Don McLaughlin, pulpit minister for the North Atlanta Church of Christ in Georgia, said in a keynote address. “A lot of our anxiety is wrapped around getting people to a geographic location and keeping them in a geographic location.
“Folks, we’re worried about the wrong thing,” McLaughlin added, suggesting that inspiring disciples to give themselves fully to God takes precedence.
Harold Shank, president of Ohio Valley University in Vienna, W.Va., prayed for a “wave of renewal” in churches in New England and neighboring states. Shank voiced his desire to God that “a new Restoration Movement can break out right here … and that secular America can become more and more followers of you.”
‘LIGHTHOUSE OF THE NORTHEAST’

“Church Outside the Walls” served as the theme for the conference, which drew about 150 attendees from Churches of Christ throughout the Northeast.
In launching the New England Church Growth Conference five years ago, organizers endeavored to equip Christians to reach more people with the Gospel.
The annual conference grew out of a monthly meeting of preachers in Connecticut — a state with 3.6 million residents but only about 2,500 adherents of Churches of Christ.
“We wanted something that would be of benefit to the churches in New England and the Northeast because we knew a lot of the churches were small and needed some encouragement in evangelism and outreach,” said Arnie Holmes, preacher for the 300-member Manchester congregation, the largest Church of Christ in New England. “We try to bring in some practitioners, some people who are out there really doing evangelism.”
Eight Churches of Christ in Connecticut, Massachusetts and New York provide financial support for the church growth event.
In the last decade, the Manchester church opened a spacious, new $3.2 million building that allows it to accommodate the conference, Holmes said.
“We just feel a real calling to be a lighthouse of the Northeast,” he said of the Manchester church. “We feel that God has blessed us, and we should do what we can.”
Last year, attendance topped 200. This year, a snowstorm hurt the crowd size.
The weather failed to deter Peter Horne, the Australian-born minister for the 110-member Lawson Road Church of Christ in Rochester, N.Y.  Horne drove 350 miles each way to attend.
“Up here, there are just so few opportunities to attend the major workshops and hear these guys speak. It can be a little isolating,” Horne said. “So it’s great to have them ‘come to us.’”
Discussing the future of Churches of Christ, speaker Massey said that congregations may need to become smaller so that God’s kingdom can grow larger.
“We’ve got to plant more churches,” he said. “We’ve got to go back to what it was about 100 years ago to where you went to church in your community.”
In an age when many members drive 30 or 40 minutes to get to a church building, serving as the body of Christ in a community can be a challenge, several participants said.
“Everybody’s spread out. We come together on Sunday, and then we scatter,” said Katherine Moore, whose husband, John, preaches for the Patchogue Church of Christ on New York’s Long Island. “I find that very difficult.”
GOOD DEEDS AND GOOD NEWS

What does it mean to take the church outside the walls?
For years, the North Atlanta church has structured its ministries around the importance of missions. So imagine the youth minister’s dilemma when a student planned an outreach to the homeless — on a Sunday morning.
“The youth minister had to make a decision,” McLaughlin said. “Would he say, ‘No, you need to come to church and hear me tell you one more time that we should feed the homeless.’ Or maybe, ‘We’ll go ahead and fire up the buses and head downtown,’ which is  what they did.”
Christians sometimes create a wall around themselves that “stands as a barrier to people coming to Christ,” said Leo Woodman, minister for the 35-member Kittery Church of Christ in Maine.
Woodman, who made a five-hour round trip to the conference, said he’s trying to connect more with his community. For example, he’s joined the Lions Club.
Also, for the second time, the Kittery church plans to reach out during a big city block party this summer, he said.
Churches of Christ tend to “teach and preach to people within their building,” said Dave McKenzie, a member of the 100-member Milton Church of Christ in Massachusetts.
“Evangelism is not really big. They say it’s big, but it’s not really big,” McKenzie said. “There are so many different ways you can evangelize in this modern age.”
McKenzie said he sees a huge potential to reach young seekers online through means such as podcasts and social media.
Daniel Rodriguez, a professor of religion and Hispanic studies at Pepperdine University in Malibu, Calif., spoke on the opportunities and challenges of multiethnic, multiracial and multigenerational ministry.
Ethnic diversity in the Northeast provides an exceptional opportunity to reach the “unchurched,” said Joseph Priester, a member of the Southwest Church of Christ in Hartford.
The Southwest church is discussing ways to improve outreach to Spanish speakers, Priester said.
“Our ability to bridge cultural and language barriers will be very important as we move to spread the Gospel,” he said.
In the case of the Queen City church, members focus on “becoming Christ in the community,” Massey said.
Many young people desire a cause and will join a service project — such as the church’s volunteer work with a drug-addict recovery center — before they’ll step foot in an assembly, he said.
“It is our good deeds that create the goodwill that allow us to share the Good News,” Massey said.