Erik Tryggestad
In rural India, one of the greatest gifts a young woman can receive is a sewing machine — and the skills to use it. “It’s like giving them a Starbucks franchise,” Linda Egle said. “A sewing machine gives them a livelihood for the rest of their lives.” Egle, a church member in Abilene, Texas, helps women in southern India earn money and improve their lives through the Eternal Threads ministry. Working in their homes, about 300 women hand-crochet colorful tote bags from nylon twine. The ministry pays the women for their work and exports the bags to the United States.
The ministry recently opened its first sewing center for the production of “sari skirts,” made from the long, silk chiffon wraps Indian women wear.
Egle hopes the facility will be the first of many scattered throughout southern India — close to the homes of the women whose lives the ministry transforms.
“I don’t really like the idea of having a manufacturing unit,” Egle said. Instead, she wants to keep the ministry’s focus on women in rural India — women who, despite the country’s breakneck economic growth, still live in poverty.
“It’s a ministry, and it’s a business,” she said. “You always keep your eye on the vision of why you’re doing it and who you’re trying to help.”
MONEY IN THE BAG
Egle, a retired flight attendant, first visited India nearly 20 years ago to help orphaned and abandoned children. Working with members of the Lakewood, Colo., church in the India’s Child ministry, she was inspired by the dignified, tireless women she met in the rural villages of Andhra Pradesh, a state in southeastern India.
Unable to leave their homes, the village women depend completely on their husbands for money, Egle said. Many can barely provide for their children. Their daughters often are forced into child labor, early marriage — even prostitution.
Egle began looking for ways to help the women make money without traveling into the cities and leaving their children. She remembered a young preacher’s daughter named Sofi and the colorful bag she used to carry her lunch to school.
She e-mailed longtime friend Johnson Medidi and asked about the bag. Medidi, a minister trained at Austin Graduate School of Religion in Texas, investigated and replied. The “Sofi bag,” as he called it, was made by women in the villages from nylon twine used for fishing nets.
Egle liked the idea — and the name. The Sofi bag was born.
Since 2000, Eternal Threads has sold hundreds of Sofi bags through gatherings of women — retreats, Bible studies and book clubs.
Medidi has become a skilled exporter and businessman. Subhadra Mallipudi, a college tailoring instructor, trains the women who make the bags. The regional government recently honored her with the Mother Teresa Award for her work.
Government officials also asked Medidi to film a documentary on the dangers of child labor.
About one-third of the cost of the bags, which sell for $25 to $45 each, covers materials and the pay to the women who make them, Egle said. Another third covers import and customs fees. The rest is distributed by a charitable trust to fund the education of girls in rural India. More than 130 girls, including 60 from communities devastated by the 2004 tsunami, receive an education from the funds.
Egle hopes money from Eternal Threads will allow the girls to attend Browning Junior College, a church-supported school in southern India. Sudhakar Sanamandra, Sofi’s father, is the principal.

BETTER LIVES, BIGGER CHURCHES
With the money they earn making Sophie bags, many of the women open bank accounts for the first time, Egle said. Some buy cooking stoves, medicine or pay for their children’s education.
A few husbands were wary of their wives earning their own money at first, Medidi said, but they quickly learned the benefits of a household with two incomes.
Medidi envisioned the ministry as a way to serve Christian women. In its first six years the work has “strengthened rural India and the rural church,” he said.
The ministry began working with women in Hindu-dominated villages where Medidi would not be allowed to preach, he said. Christian women, including Mallipudi, are able to tell the women they train about the love of Christ while they demonstrate it — passing on skills that will improve their lives.
“They’ve never heard of Christ,” Medidi said, “but they’re coming to Christ because they feel the love.”
For more information or to order a Sofi bag, see www.eternalthreads.com.
Oct. 1, 2006 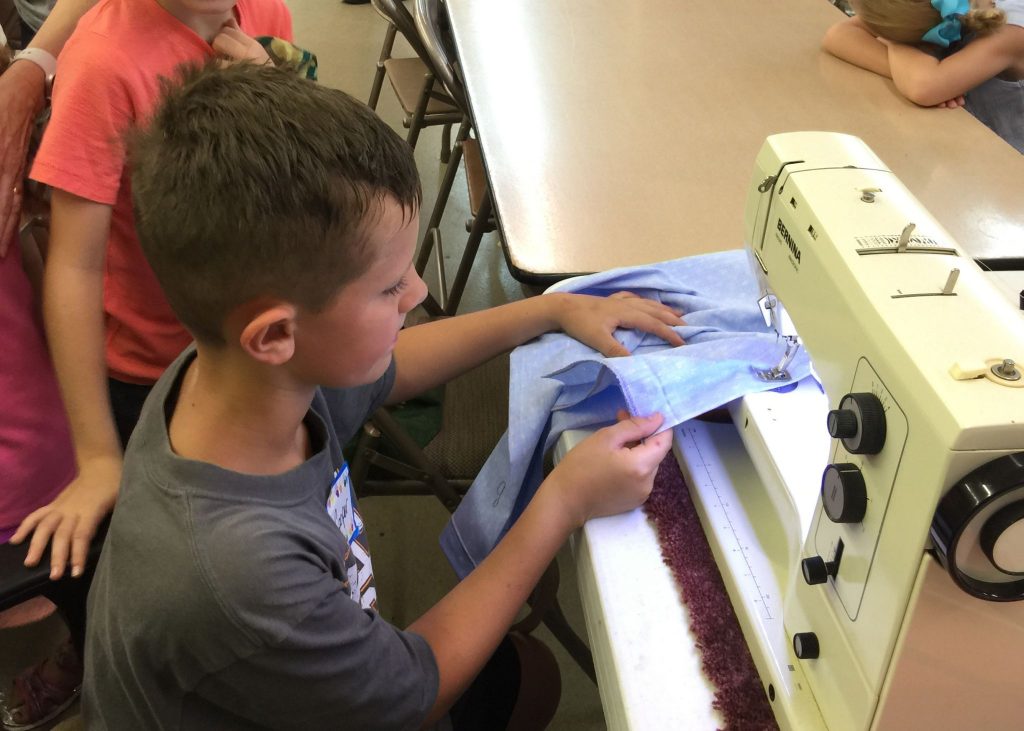 Sewing for the Master clothes needy around the world

Through its Sewing for the Master ministry, a Christian summer…