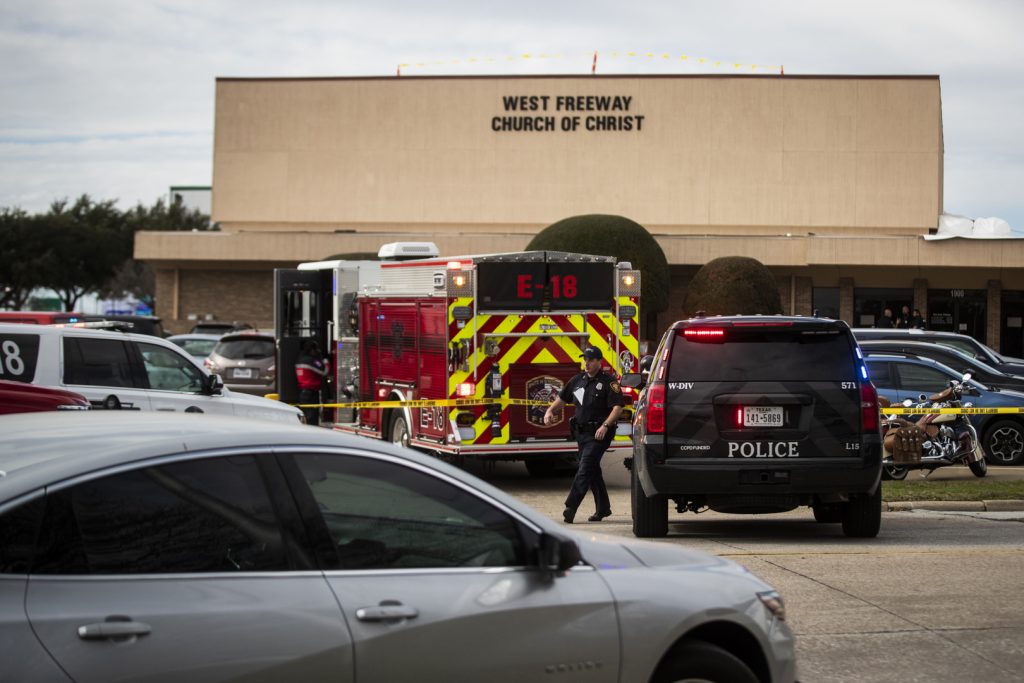 Editor offers advice for fellow journalists in the wake of the West Freeway Church of Christ shooting.

I love journalism. I love my fellow journalists.

But as I pointed out in last week’s column on the media barrage faced by minister Britt Farmer after a deadly shooting at his Texas church, I believe we can do better — much better — in how we treat victims.

To help in that regard, I asked four highly respected news professionals — three of them Pulitzer Prize recipients — for advice. Everyone I’m quoting has extensive experience in this area and in making our profession proud. 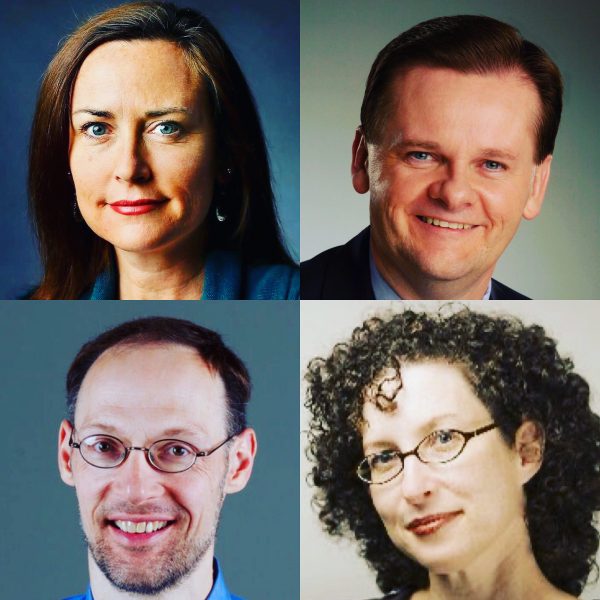 Based on what they told me, here are seven tips for covering horrific events at houses of worship:

1. How you approach a victim is everything.

“Many mistakes are usually made in the initial approach when journalists are trying to get that quote or sound bite,” said Joe Hight, a Pulitzer-winning editor who is the Edith Kinney Gaylord Endowed Chair of Journalism Ethics at the University of Central Oklahoma.

“Many mistakes are usually made in the initial approach when journalists are trying to get that quote or sound bite.”

“It just doesn’t work like you’re at a public news conference or interviewing a public figure,” added Hight, who hired me at The Oklahoman in 1993 and oversaw our coverage of victims after the 1995 Oklahoma City bombing. “You are intruding upon private individuals in their most vulnerable moments. In these tragic situations, you have to ask the victims or family members for permission. You need to say, ‘I’m sorry for your loss,’ and mean it sincerely. You need to put yourself in the victim’s position of grief and despair after such a tragic situation.

“You need to determine whether the individual is even capable of talking to you at this point or whether you need to step away and approach later. How would you feel if you were asked that question? You don’t want to cause further harm or take advantage of someone in grief just for a quote or sound bite. How you approach will often determine what kind of interview you will get. Do it poorly, and you will possibly cause more damage.”

2. Think long and hard about your call to a victim (and if you really need to make it).

Sensitivity is so crucial.

Jennifer Berry Hawes, a Pulitzer-winning special projects writer for The Post and Courier in Charleston, S.C., can’t help but cringe at how some reporters behaved after the 2015 massacre at the Emanuel AME Church. Nine African Americans were killed during a Wednesday night Bible study, while three victims survived.

“When I first spoke with the survivors of the Emanuel shooting, two of them told me stories that made me embarrassed for our business,” said Hawes, author of the book “Grace Will Lead Us Home: The Charleston Church Massacre and the Hard, Inspiring Journey to Forgiveness.”

Thank you to @PG_PeterSmith and @PittsburghPG for this review of "Grace Will Lead Us Home." It's especially meaningful given his compassionate coverage of the Tree of Life massacre in his own community.https://t.co/GyoAHz5N99 via @PittsburghPG

“Polly Sheppard described a reporter climbing through the rose bushes in front of her house,” the journalist added. “Felicia Sanders, who survived the shooting by playing dead with her 11-year-old granddaughter in the blood of her loved ones, described her phone ringing off the hook with reporters (and others) calling her home when she arrived there the next morning. She described running from the cacophony to her shower where she folded up her bloody clothes and showered to wash away the crusted blood of her son and aunt. Can you imagine that in those moments, her phone was ringing with reporters?”

Then again, given what I know about Farmer’s experience after he lost two close friends, I really can.

“In the aftermath of these horrific events, we really need to take a step back and ask ourselves: How important is it that we speak to this person right now?” Hawes said. “Sometimes, it is essential. But at other times, it’s simply not.”

3. Whenever possible, go through an intermediary.

“Call a person’s pastor or rabbi or imam, a friend, their attorney, a family member, a boss, a coworker, a neighbor, anyone who is close enough to approach the person on your behalf,” Hawes recommended.

“For one, I have found this makes the person much more likely to consider talking to you, especially if the intermediary will vouch for you. Second, a good intermediary is in a better position to know when and how to approach the person about an interview — and when not to. Approaching at a bad time can close that door to you for the long haul.”

Shimron, a former Religion News Association president, covered both the 2017 massacre that claimed more than two dozen lives at the First Baptist Church of Sutherland Springs, Texas, and the 2018 mass shooting in which 11 people died at the Tree of Life synagogue in Pittsburgh.

“I have never approached survivors or their families cold, and I wouldn’t recommend it,” Shimron said. “Find an intermediary who may introduce you to such a person. If the shooting took place at a house of worship, perhaps (reach out to) a fellow worshiper who was close to the family, or a coworker or a teacher or a pastor or a neighbor.”

The Pittsburgh Post-Gazette has won the Pulitzer Prize for Breaking News Reporting for its Tree of Life coverage. https://t.co/YLSGBp0a6S pic.twitter.com/5VqEm7YEad

4. Start preparing to cover a tragedy at a house of worship before it happens.

Now that I have your attention, let’s listen to veteran religion writer Peter Smith, a key part of the Pittsburgh Post-Gazette team that won a Pulitzer for its “immersive, compassionate coverage of the massacre at Pittsburgh’s Tree of Life synagogue that captured the anguish and resilience of a community thrust into grief.”

“I have tried from day one to get to know members of our local religious communities, which often may mean just showing up for events or informal meetings that may not even lead to an initial story,” said Smith, the current president of the Religion News Association.

“There’s no way to know everybody,” he added. “But at least there’s a greater likelihood that people will know me if I need to call. (As it happened, I had only a couple of direct connections with the three congregations at Tree of Lie but many others with the larger Jewish community.) For national reporters … I would think that that would involve more getting to know regional and national leaders and connectors.”

Glad to see my book “Unnecessary Sorrow: A Journalist Investigates the Life and Death of His Older Brother Ordained, Discarded, Slain by Police” back on the shelves after being sold out in its initial run. Thanks for your support thus far. @bestofbooksok #books @RoadRunnerPress pic.twitter.com/ZyvmryW3Uw

“You should seek to understand their beliefs before doing any coverage,” said Hight, a devout Catholic. “Many religious organizations have vastly different beliefs than you do, especially when it comes to death.

“You need to be careful not to instill your own beliefs into your coverage. You should seek to explain to others why members of a particular organization believe the way they do. Ask questions to further your understanding and your audience’s. Do research before asking the questions.”

6. Seek out valuable context, much of which does not require a victim interview.

“Give a history of the place,” she added. “There were tons of stories about the Squirrel Hill neighborhood in Pittsburgh,  and I generally found these very moving. Sutherland Springs was a tiny outpost, but I struck gold when I found a little amateurish museum of the town and befriended the volunteer curator who knew everyone and gave me the most amazing details about the town and the church’s traditions in particular.

“Other good resources are neighboring churches, the library, the local cemetery. Denominational leaders will often know a lot because they will be the first to reach out to the congregation.”

“Over the long haul, it was important for me to remain patient and wait for times when the Emanuel survivors and families were ready to talk to me,” Hawes said. “I found that some people were super open to talking to me one day and then not at all on other days.

“In journalism, I have found patience to be be an undervalued skill. I also think it’s important that we remain human beings first, reporters second.”

“At first, I thought I’d upset them. I felt that I should be there for every blip in their journeys. But in reality, they just weren’t in the mood to talk at that particular time,” she recalled. “They all had better and worse days as they dealt with tremendous losses and traumas. And that was OK.

“It was important for me to be patient. In journalism, I have found patience to be be an undervalued skill. I also think it’s important that we remain human beings first, reporters second. How would we want to be treated if the roles were reversed?”

Amen! For those of us who are Christians, there might even be a Scripture about that.

P.S. The Religion News Association’s annual conference in Las Vegas this past fall featured a session on covering horrific events. Watch it here.