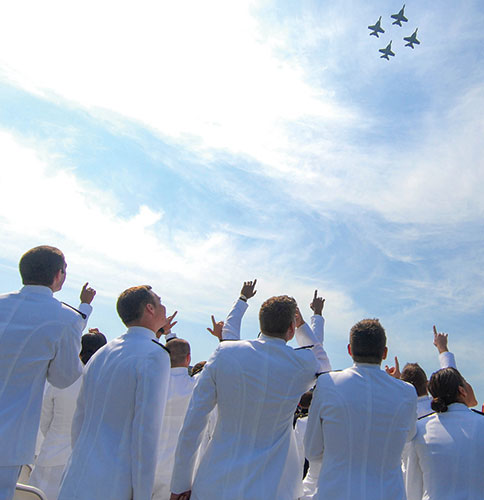 Serving souls who pass ‘through the paths of the seas’

In Annapolis, Md., a Church of Christ adopts midshipmen as they navigate the rigorous U.S. Naval Academy.

Alan Groves and Laura Akins
Josh Story remembers his two-month introduction to the United States Naval Academy in Annapolis, Md. — known as plebe summer — as the most challenging thing he’s ever done.

“Plebe summer is something difficult that you are proud you did,” said Story, a midshipman from Brentwood, Tenn.

It’s also “one of those things you don’t want to do again,” he added.

New recruits, or plebes, wake each day at 5:30 a.m. to the sound of slamming doors as their superiors pace the corridors of Bancroft Hall, the largest single dormitory in the world. Plebes have approximately six minutes to shave, get dressed, make beds and brush their teeth before morning workout.

Nearly every waking minute is consumed with briefings, trainings and additional workouts. Students get only 30 minutes of free time to memorize the plebe handbook, fold clothes or write letters to family.

“Sundays were everything,” Story said. “It’s your only day that you get some time away from training.” 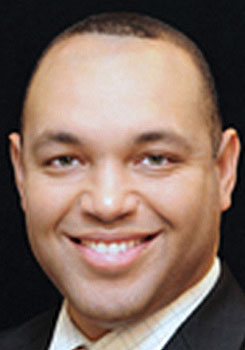 Jackson
That’s when Lt. Cmdr. Kevin Jackson, a member of the Annapolis Church of Christ, and fellow Christians arrive “on the yard,” as the lush, green campus is known, to feed and sing hymns with the students. They encourage the plebes to persevere as they learn to navigate “through the paths of the sea,” words from Psalm 8:8 seen on campus — inscribed on the tombstone of Matthew Fontaine Maury, a Navy lieutenant in the 1800s who dreamed of a school to rival the Army’s West Point.

The plebe summer worship service is one aspect of the 100-member church’s USNA Outreach ministry.

The congregation, which meets in nearby Arnold, Md., was launched in 1949 by church members who served on the Naval Academy’s faculty. The church’s first mission: to reach out to the nearly 4,600 midshipmen who spend time on the yard, in cooperation with the academy’s chaplain office. About 10 families volunteer as student sponsors. Jackson, who coordinates the ministry, once was himself an adopted midshipman.

“My sponsor family thought they were only getting me for four years,” Jackson said. “They’ve had me for 20 years. We still go to church together and eat lunch together every Sunday.”

During the course of two decades, Jackson has seen the program positively affect his life and the lives of countless students.

“We receive the joy of building strong relationships with our midshipmen,” said Jackson. “And it’s very rewarding to see a young adult start out as a plebe and grow to be an officer in our military.” 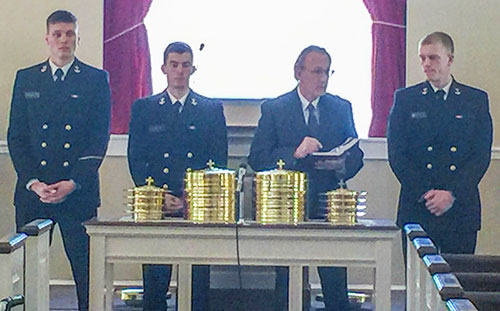 Midshipmen serve the Lord’s Supper during Sunday worship in Annapolis. (PHOTO PROVIDED)
‘SHINE OUR LIGHT IN THEIR LIVES’
During his plebe summer, about 15 students worshiped with the Annapolis church members, recalled Story, who attended the Berry’s Chapel Church of Christ in Franklin, Tenn., before enrolling at the academy.

But the church’s ministry doesn’t end with plebe summer. Members teach Bible classes for the students throughout the school year and take them on an annual hike at Harpers Ferry National Park in West Virginia, culminating in a mountaintop worship service.

Story, now a second-year midshipman, is the adopted student of Bobby and Candice Keaton, who have sponsored eight midshipmen so far. Story is their first from a Church of Christ background.

Though some families prefer to sponsor students who come to Annapolis from Churches of Christ, “my husband and I don’t care,” Candice Keaton said. “We’ve had a Buddhist, an atheist, a Catholic — it doesn’t matter to us. We feel as though it’s our responsibility to shine our light in their lives.”

For sponsor families, shining that light often means sharing their homes. The church requires sponsor families to live 20 miles or closer to the academy. They must be willing to make frequent visits to the academy to pick up students, who aren’t allowed to have their own vehicles on campus until their third year. 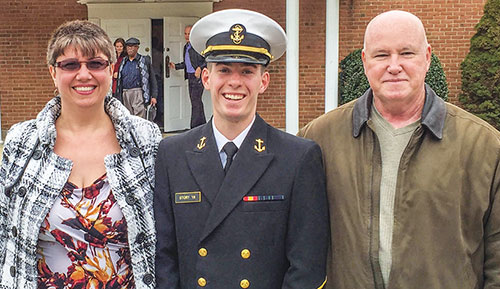 When midshipmen have their own wheels, the Keatons give them keys to their house. Often, the couple arrives at home and finds students cooking in their kitchen, doing laundry or watching TV.

“The Keatons give me a place to get away from school and not think about the Naval Academy for a while,” Story said. “They are my family away from home.”

The benefits are reciprocal, Candice Keaton said. The midshipmen are a positive influence on their 18-year-old son, Taylor, who is considering degrees in psychology and theology, perhaps to serve one day as a Navy chaplain.

The friendships the Keatons form through the ministry go beyond the students’ years “on the yard.”

“I’ve had students call on Mother’s Day, when babies are born,” she said. “We’ve been invited to weddings.”

The Keatons also attend ceremonies celebrating their midshipmen’s milestones at the Naval Academy.

When asked if they are proud parents, Candice Keaton replies, “No, we are proud supporters.”