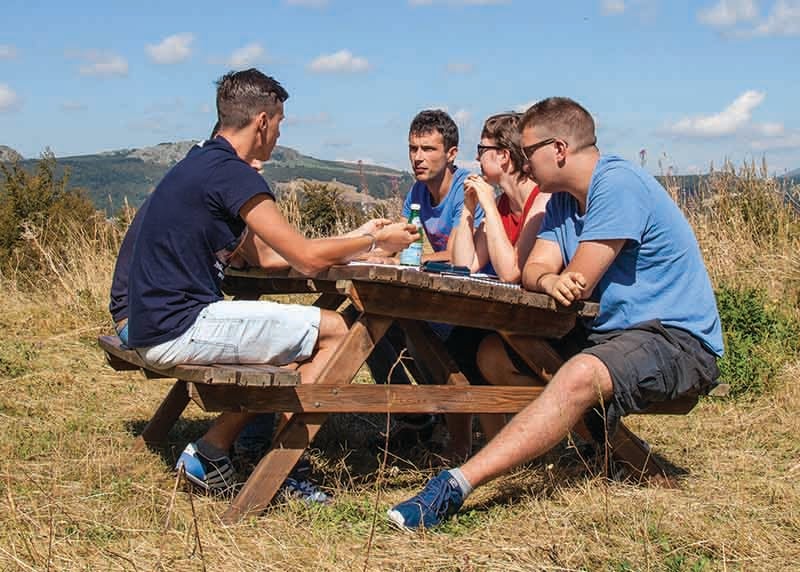 Seeking sons and daughters of thunder 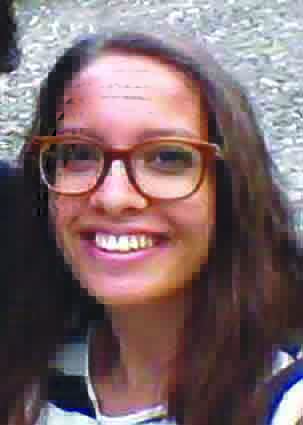 Faith wavers across the continent — even in Fergnani’s deeply Catholic homeland, Italy, where Vatican City itself stands within the ancient capital of Rome. In recent times, the minds of Italian youths have focused on economic concerns. Last year the unemployment rate for youths ages 15 to 24 topped 40 percent.

Although some may see this as a need for prayer, many of Fergnani’s peers “don’t even wonder or question if God exists,” said the member of the Vicenza Church of Christ in Italy, now attending university in Geneva, Switzerland. “From this indifference comes the philosophy that every idea is fine — as long as it’s fine for you and doesn’t bother others.”

It’s easy for millennial believers, scattered among the small Churches of Christ that dot Europe’s landscape, to feel alone, said Phil Jackson, director for European missions for Missions Resource Network, a church-supported ministry based in Texas. To increase a sense of fellowship, longtime Italian minister Franco Verardi and other church leaders launched Boanerges, a gathering for young Christians to encourage each other and strategize about reaching new generations on the old continent.
CAN’T IGNORE EUROPE’S PROBLEMS
About 70 Christians, ages 18 to 35, gathered for the first Boanerges — meaning “Sons of Thunder,” the title Jesus gave to the brother apostles James and John — recently at Centre Bonnefoi. The church-owned camp is about three hours north of Marseilles, France.

About 70 Christians attended the first-ever Boanerges (“Sons of Thunder”) conference for millenials at Centre Bonnefoi, a camp in rural France owned by Churches of Christ.
Members of the Marseilles Church of Christ, including minister Philippe Dauner, served as hosts.

Jackson, who helped organize the event, hoped attendees would “discover some new, practical ways in which they can not only be disciples but can step out in faith to lead others into their faith and make other disciples.” 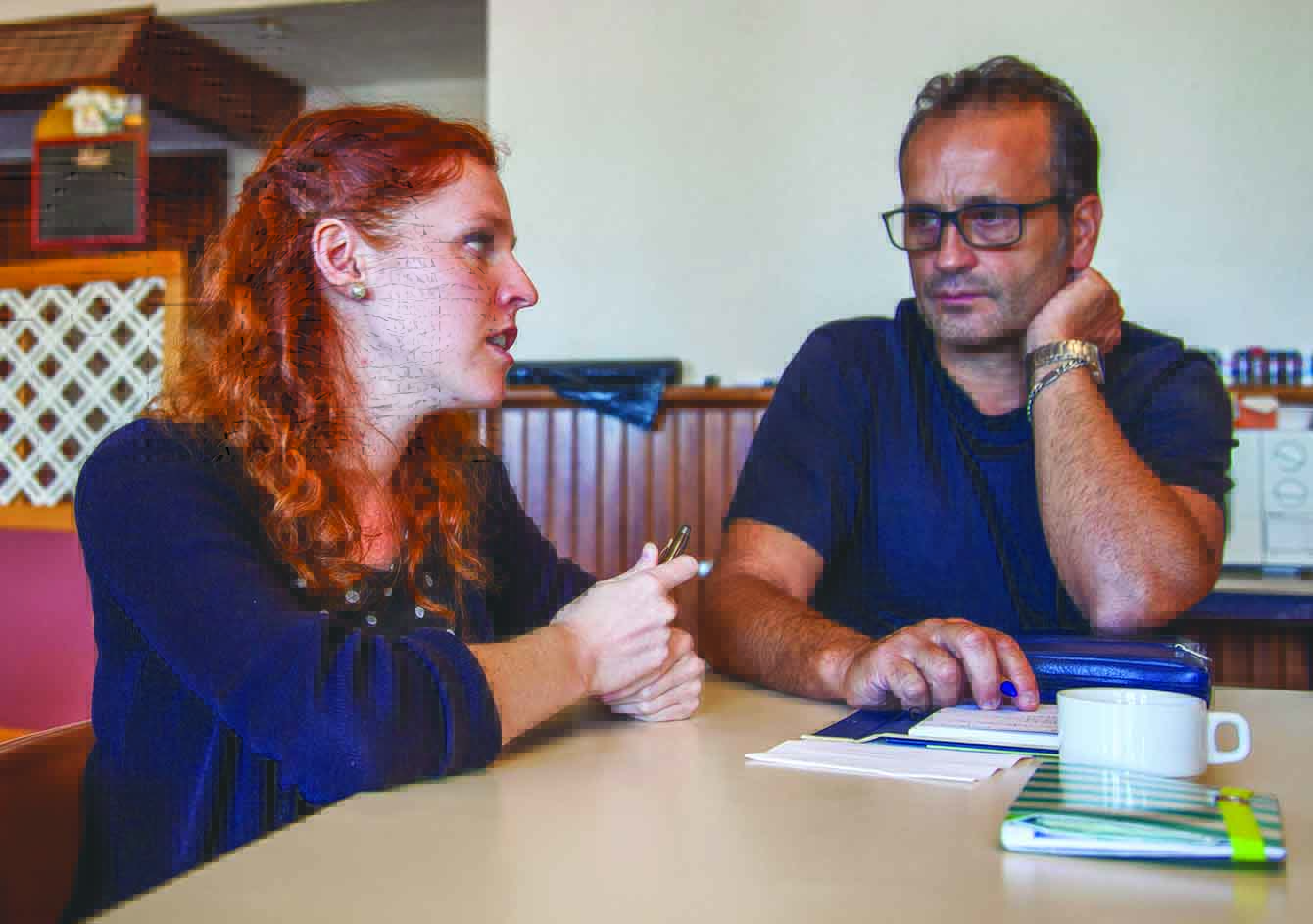 Franco Verardi, a minister in Italy who helped formulate the idea for the Boanerges conference, speaks with Lydia Robison.As speakers addressed the theme “Every knee shall bow — how to be an active disciple of Christ,” a quiet buzz filled the meeting room as participants translated the messages into the variety of languages represented. Verardi listened as Lydia Robison, a former missionary to Italy, translated from English to Italian.

The event “gave me the chance to get to know our young people better,” said Verardi, speaking in Italian.

His takeaway: “If we believe in their ability, surely they will be able to ignite heaven in the Italian churches.”

The gathering also helped “to reignite the fire of faith in us,” said Viktor Dolinaj, a 24-year-old Christian from Aprilia, Italy. In small-group discussions, he and fellow believers talked about the need to lead by example — by following in the footsteps of Jesus.

Such discussions are vital to Christianity’s future on the continent, said Stela Sinanaj, a member of the Vlora City Church of Christ in the Central European nation of Albania.

“I believe that one of the biggest challenges of being a Christian in Europe is the lack of concrete projects that help to create a stronger bond between young Christians,” she said. “We live in a society where anti-values are becoming values and vice versa.
‘It’s easy for millennial believers, scattered among the small Churches of Christ that dot Europe’s landscape, to feel alone.’
To reach millennials with the Gospel, young Christians must be willing to address contemporary issues facing Europeans — from unemployment and fears about the future of the European Union to social justice, including the ongoing tide of refugees from the Middle East and concerns about terrorism.

“I strongly believe that, if we ignore the problems that Europe is facing, we will miss the opportunity to shine the light that God has placed in our hearts,” Sinanaj said.
FOR EUROPE, PLANS OF ACTION
On the final day of the event, attendees split into groups according to their nationalities and discussed plans of action to reach the lost in their homelands. The idea, participants said, was to provide concrete strategies for which their fellow Christians could pray — and hold them accountable. Organizers plan another Boanerges event for next year in Italy.

Valbona Cepi, Bethany Reeves, David Bell, Giacomo Negri and Jeremy Piercens take notes during a Bible study at the Boanerges conference for millennial Christians.Mateja Stolnik, a 28-year-old from Croatia baptized three years ago, said she enjoyed getting to know her spiritual family from across Europe. She longs to see her country’s sons — and daughters — of thunder step out of their comfort zone and “show everyone God’s spirit,” she said.

Joele Nataloni, another member of the Aprilia Church of Christ, said the event “spurred much thought, especially about the future of the church, and our role in that.

“I really think that a good work has been started, and I will do my part to make sure it continues.”
Related Story
• Millennials reflect on faith challenges 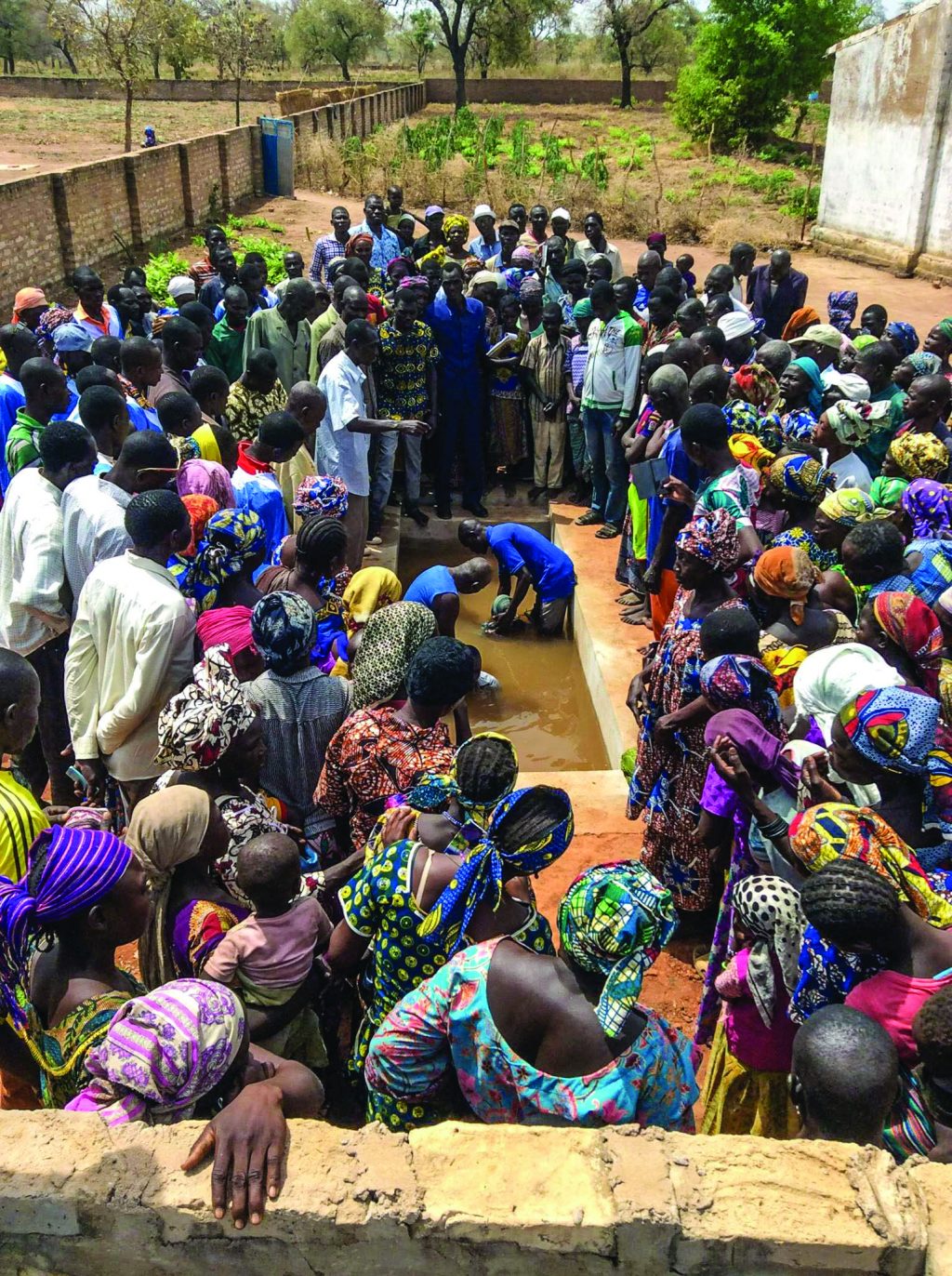 FEATURE PHOTO (above): In the central African town of Dona Manga,…