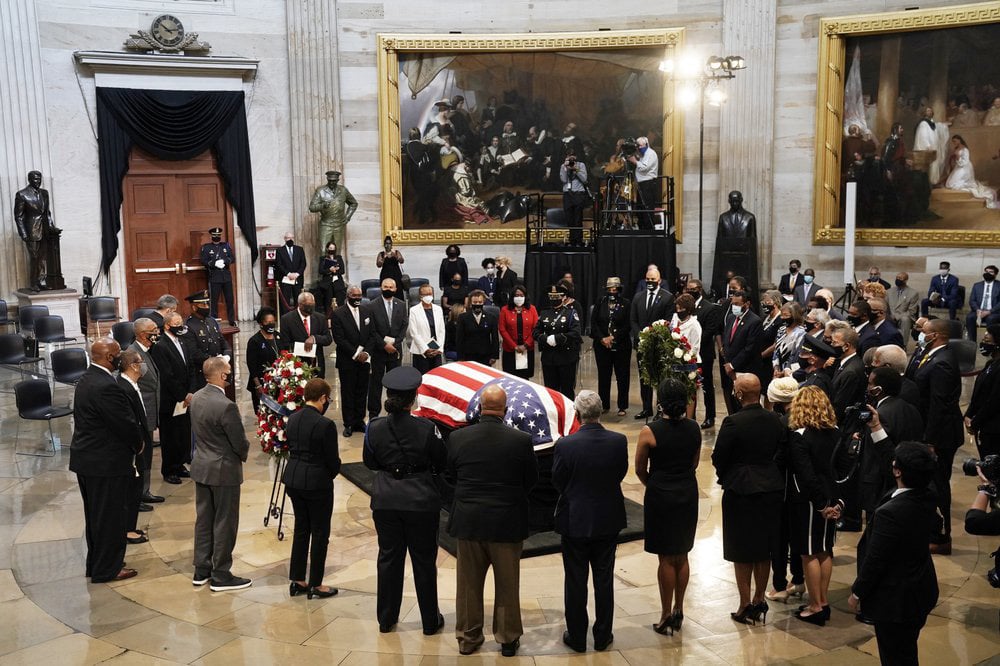 Chronicle correspondent reflects on finding inspiration in difficult times and the words of Rep. John Lewis.

HYATTSVILLE, Md. — Over the past three months, I’ve covered protests in Lafayette Square in front of the White House. I’ve prayed with family by the gurney of a loved one who died of COVID-19.

I’ve served water to police officers through my work as Baltimore Police Department chaplain. I’ve prayed with my fellow chaplains during protests. 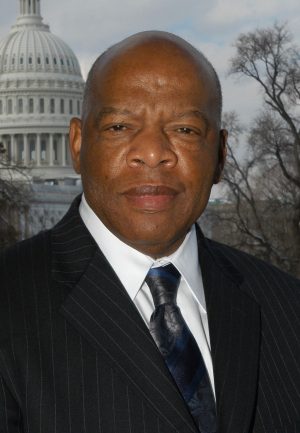 And I cried when I stood outside the U.S. Capitol as they took Rep. John Lewis’ flag-draped casket up the steps.

Lewis had been to my house. He met my mother, and he called me — I was then a Washington Post reporter — after seeing a photo of me on her piano in Pensacola, Fla.

“Young man, I am at your mother’s house,” said Lewis, who signed a copy of his book and left it there for me.

Lewis’ note to me said, “Thank you for all of your good work. Stay the course, keep the faith.”

I’ve tried to do that, even though life is hard right now, and I’m frustrated. I can’t visit my mother without 14 days of self-isolation. I can’t coach football. Activities like going to the movies or swimming in a pool are banned. Church picnics are prohibited.

And while families are self-isolating at home, protesters are marching across the nation after the deaths of George Floyd and so many others. Civil War monuments are coming down. We’re divided. We’re angry.

But there have been a few moments of inspiration. Recently, I reported on a march and prayer rally in Baltimore coordinated by several Churches of Christ. Florida evangelist Samuel Pounds preached at Frederick Douglass-Isaac Myers Maritime Park as young couples, Black and White, sat on the concrete and listened. 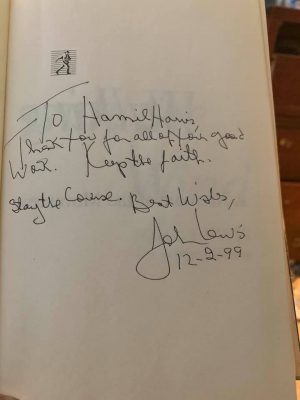 Rep. John Lewis signed a copy of his biography for Hamil Harris.

Uniformed police officers in cruisers and in a helicopter observed this gathering that was different from the other street events they had seen.

Pounds quoted John 8:36: “So, if the Son sets you free, you will be free indeed.” Young adults from a number of Baltimore congregations spoke, sang a cappella hymns and prayed.

For me, that was a Micah 6:8 moment. I watched a group of Christians acting justly on the same streets where others had thrown rocks and acted unjustly. But that moment would not have been possible had people not ventured beyond their comfort zone.

A number of Whites joined us. One person asked me what church they had come from. None that I know of, I replied. They just saw the peaceful event and decided to follow.

FOLLOWING ‘THE GOSPEL OF OPINION’

For too long, too many people have followed the gospel of opinion instead of the Gospel of Jesus Christ. My guide has to be the word of God.

For too long, too many people have followed the gospel of opinion instead of the Gospel of Jesus Christ.

Micah 6:8 tells us to love mercy. This is one of the most challenging passages of Scripture during a time we feel so overwhelmed.

But before we can love the George Floyds of the world or the protesters in the streets, we have to love each other as equals in the body of Christ.

Few members of Churches of Christ were part of the Civil Rights Movement. In his book, Rosa Parks’ lawyer Fred Gray talks about facing criticism from other brethren for his involvement in the movement.

For too long, Black church members have been shackled by spiritual legalism, tradition and a culture that is akin to racism by Whites. We are great at code switching on Sunday morning, but do we really love and embrace each other when we get home?

When I moved to College Park, Md., in 1984, I roomed with David Dillard and other members of the church there. My brother Tom Leibrand picked me up and gave me a ride to my first job interview.

Today, Dillard is one of the elders at the University Park Church of Christ here in Hyattsville. Leibrand is a deacon, and I am part of a telephone chat group of church brothers including Blacks, Whites, Democrats and Republicans. The hottest topics are sports, food and our children.

I like the way Greg Presbury, who is African American, described our group: “God has given us a way to see each other outside of the labels and categories man has placed and to see and relate to each other as brothers in Christ.

“What we do have,” Presbury said, “is Christ and his examples on how to relate and how to be one body made up of many parts … each doing their part for the uplifting of all.”

‘FORGED NOT BY FAMILY BLOOD’

In the last four decades, my closest associates have been Christian men, Black and White.

Last year I traveled to Terrell, Texas, with Christian Chronicle editor-in-chief Bobby Ross Jr. to cover the funeral of Jack Evans Sr., a renowned evangelist in our fellowship and former president of Southwestern Christian College. Ross and I shared a room and meals and gave each other a hard time. I consider him to be my real brother.

When I lead singing for the University Park church, I often choose “God’s Family” by Lanny Wolfe. I shed tears as I think about my church family and all of the love and mercy people there have given to me. These are bonds forged not by family blood but by the precious blood of the Lamb.

In times like these, we must show mercy and love, and we must walk humbly because despite our differences. I pray we all heed John Lewis’ call to “stay the course, keep the faith.”

HAMIL R. HARRIS is a Christian Chronicle correspondent and a veteran journalist. He preaches regularly for the Glenarden Church of Christ in Maryland. 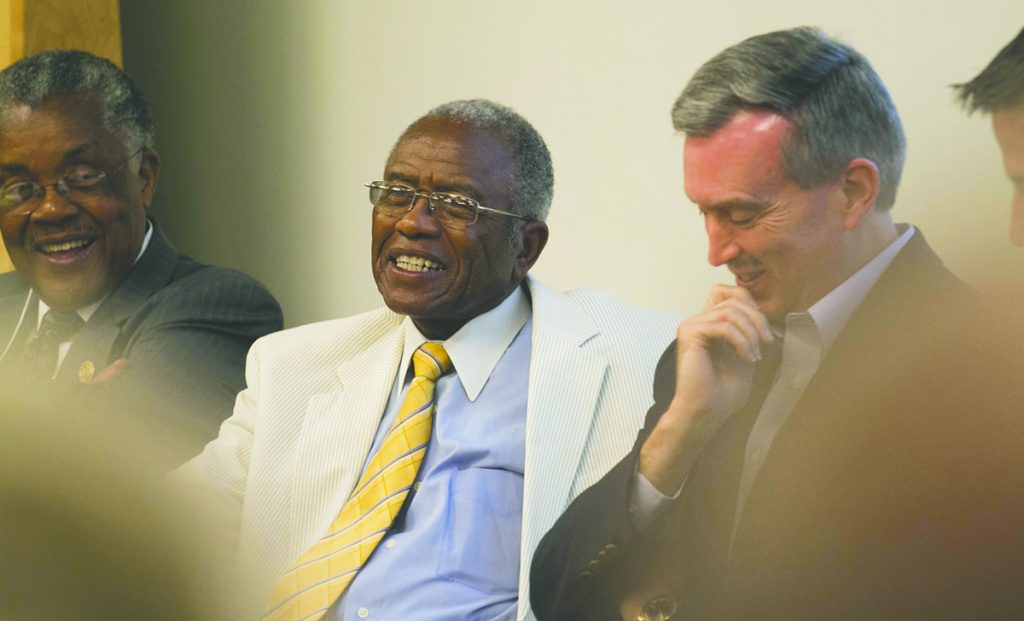 The Crusade for Christ, a biannual gospel campaign hosted by…