Erik Tryggestad
President and CEO
THOMAZEAU, Haiti — ‘God, I don’t get it.” That’s what a mission worker once told me, reflecting on the moments of frustration she felt during her years in Haiti.

Her words pound in my brain as I make my fourth visit to the poorest nation in the Western Hemisphere. 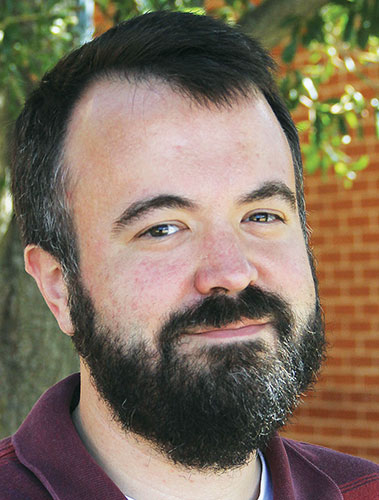 I was days away from leaving for Port-au-Prince when I heard about Roberta’s murder. I thought about when I first met her, about a month after the January 2010 earthquake.

Manna Global Ministries was coordinating relief teams. I flew into the Dominican Republic and rode with Christians from Fairfax, Va., as they made the five-hour drive from Santo Domingo to Haiti’s broken capital — in a truck loaded with rice and beans for our Haitian brethren to distribute.

At SonLight Children’s Home, Roberta’s kids and U.S. volunteers were hard at work. The older ones moved debris from a collapsed wall.

Under a nearby mango tree was the grave where they buried 15-year-old Nicky, who died when the wall fell.

(I shot the following video in 2010 after the earthquake. You can hear Roberta Edwards in the first interview, providing translation from Creole. Late in the video I interview Widlord Thomas, who Edwards raised at SonLight.)

We set up tents on the property of the Santo Church of Christ, next to SonLight. I interviewed Edwards, her kids and Haitian ministers.

I tried to help move rubble when I could. (Watching a 9-year-old race by me with a wheelbarrow twice as full as mine was humbling.)

Roberta never minced words. I admired her North Carolina directness, her dedication. I honestly don’t have many notes about her. She spent most of our conversations talking about her kids.

I visited her again in 2011. Just a few months ago she called me — to brag on her kids. They had launched a fundraising drive among Haitian Christians for victims of another earthquake — in Nepal.

On this trip, I’ve interviewed preachers and principals who work with Hope for Haiti’s Children, another ministry not associated with SonLight. I’ve begun to realize what I’ve missed on my previous visits.

There is hope in Haiti, and it’s not in us. We don’t bring it. Hope lives in the dedicated Haitians who, stripped of the comforts and crutches to which I cling, recognize their utter dependence on God. 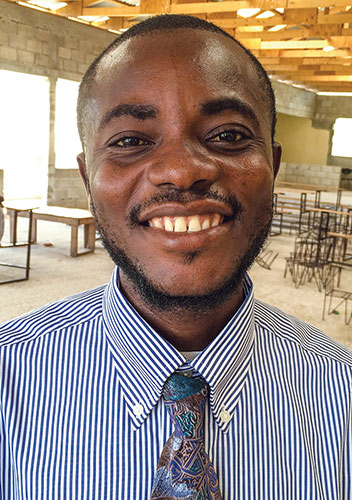 Sylvio Joly in Thomazeau after Sunday worship. (PHOTO BY ERIK TRYGGESTAD)
Here in the town of Thomazeau I interviewed Sylvio Joly, who works with a children’s home and Christian school overseen by Hope for Haiti’s Children. I asked him if he grew up in the Church of Christ and he said he did — in the Santo congregation.

“Yes,” he replied. “In fact, you’ve interviewed me before.”

I flashed back to the wall, the rubble. We talked about Roberta.

“She always taught me, ‘Don’t say you can’t.,’” he said. “You can do everything if you put your faith into what you’re doing.”

After leaving the SonLight home he studied to become an electrician. Now he’s a right-hand man at the orphanage, staffers told me. He helps maintain the water system. Sometimes he preaches. With the money he makes, he sponsors a student in the Hope for Haiti’s Children program.

God, I still don’t get it. But I know that you are God and I am not.

I have to keep praying, keep trusting and let you transform my heart the way you’ve transformed lives through our sister Roberta.