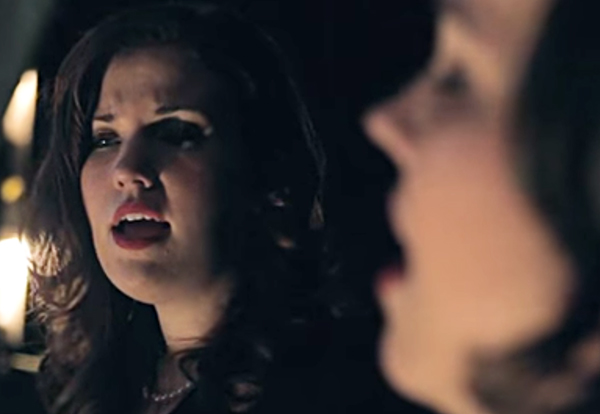 Kimberly Mauck
Alabama singing duo The Secret Sisters returns with their second album.
“Put Your Needle Down” was released in April, and Rolling Stone magazine immediately took notice. The album “takes the listener back to a time when vocalists valued purity over production,” reviewer Beville Dunkerley writes. “But this time around, they manage to marry their signature throwback sound with a lot more energy.”
Sisters Laura and Lydia Rogers told the magazine that they “grew up in a church where you had to use your voice; we didn’t have instruments.”

“You had to learn how to harmonize,” Laura Rogers tells Rolling Stone. “Our voices just naturally sound like an older time. So with this record, we tried to bridge that gap and modernize it and make it more youthful.”

The sisters rose to prominence in 2012 when one of their songs, “Tomorrow Will Be Kinder,” landed on the soundtrack of the first “Hunger Games” movie. (See our 2012 interview with the church members.) In the Rolling Stone interview, they talk about the thrill of completing a song that legendary singer/songwriting Bob Dylan started writing in the 1980s.
Touring this summer with the newly reformed acoustic trio Nickel Creek, the Secret Sisters are members of the North Carolina Church of Christ in Killen, Ala.  When they’re on tour, they worship together on their bus, using YouTube to find a sermon, and boxed wafers and grape juice to share communion.

As for hymns and spiritual songs, well, they know a few of those by heart. In fact, “River Jordan” is the last track on “Put Your Needle Down.”