OKLAHOMA CITY — In the midst of an impeachment inquiry, heated debates about climate change and all of the angry social media posts that are sure to follow, Scot McKnight offers some words that we badly need to hear.

When we’re busily posting and reposting (and maybe even composting) about the issues of the day, “we’re not talking about the church,” he added. “Our narrative has been captured by the political narrative.”

“I’ve never seen the church so divided as it is today — and I mean the American church,” says theologian and author Scot McKnight as he addresses students at Oklahoma Christian University. He speaks on worldliness and relates the church described in Paul’s letter to the Romans to modern times. He urges believers to practice reconciliation. A public talk is scheduled for 7 p.m. in OC’s Baugh Auditorium. #scotmcknight #ocishome #oklahomachristianuniversity #oklahomachristian

I spoke with McKnight, a theologian, New Testament scholar and prolific author, during his two-day visit to Oklahoma Christian University, which is associated with Churches of Christ. He holds the Julius R. Mantey Chair of New Testament at Northern Seminary, a Baptist school in Lombard, Ill. He worships with an Anglican church but has longstanding ties to our fellowship.

(His latest book, “Pastor Paul: Nurturing a Culture of Christoformity in the Church” had its beginnings in Churches of Christ, he told me. More on that another time.) 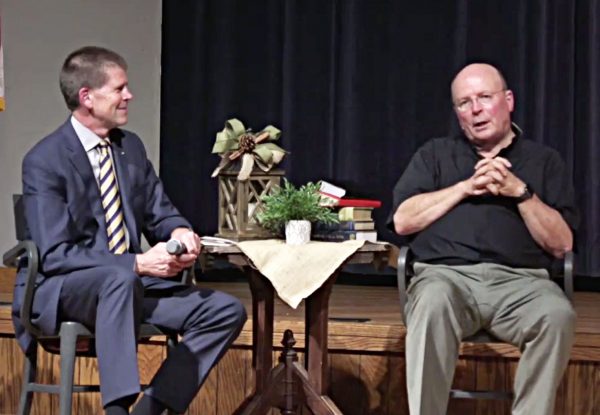 In our discussion of “A Culture of Storytellers,” one of the chapters in the book, McKnight focused on how social media can limit the number of voices we hear in a conversation and warp our sense of reality.

“It’s an epistemic bubble to equate what I see on my Facebook or Twitter threads with what’s going on,” he said. “A lot of people think that what’s really going on is what they encounter on Facebook and Twitter and Instagram, and that’s the world to them.”

He mentioned conversations he’s had with people of faith who only seem to want to talk about politics or societal trends as filtered through their social media accounts.

“Well, there are a lot of other things going on,” he tells them, “but they’re being controlled. What they talk about is what they find on their Facebook thread.” 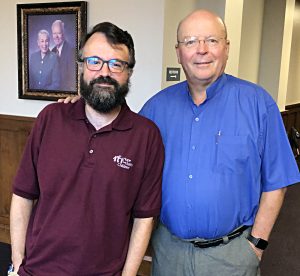 McKnight said, “Newspapers used to have a responsibility to cover the stories, the major stories. … Newspapers had a goal of trying to be objective and trying to describe both sides fairly. Twitter, Facebook, have no such agenda, so it becomes and epistemic bubble.”

He added some Dietrich Bonhoeffer to the conversation, noting how the German pastor, theologian and anti-Nazi dissident emphasized the need to “participate in the real.”

A journalist who follows Christ strives to tell the truth, he said, to “see into the lucidity of reality and report about it … and to be controlled by the truth rather than an agenda, which has become the hideous sickness of contemporary journalism.”

Relating ministry to the work of apostle Paul, McKnight shows that nurturing Christoformity was at the heart of the Pauline mission. His central calling, then, is to mediate Christ in everything. McKnight explores seven dimensions that illustrate this concept–friendship, siblings, generosity, storytelling, witness, subverting the world, and wisdom–as he calls us to be conformed to Christ and to nurture a culture of Christoformity in our churches.

Look for more from my conversation with Scot McKnight in our print edition and future online features.

Books urge readers to see Scripture as our own story

We recently accompanied my son and daughter to the movie… 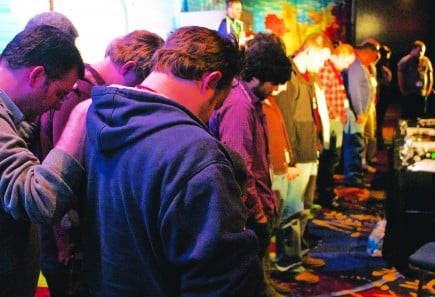 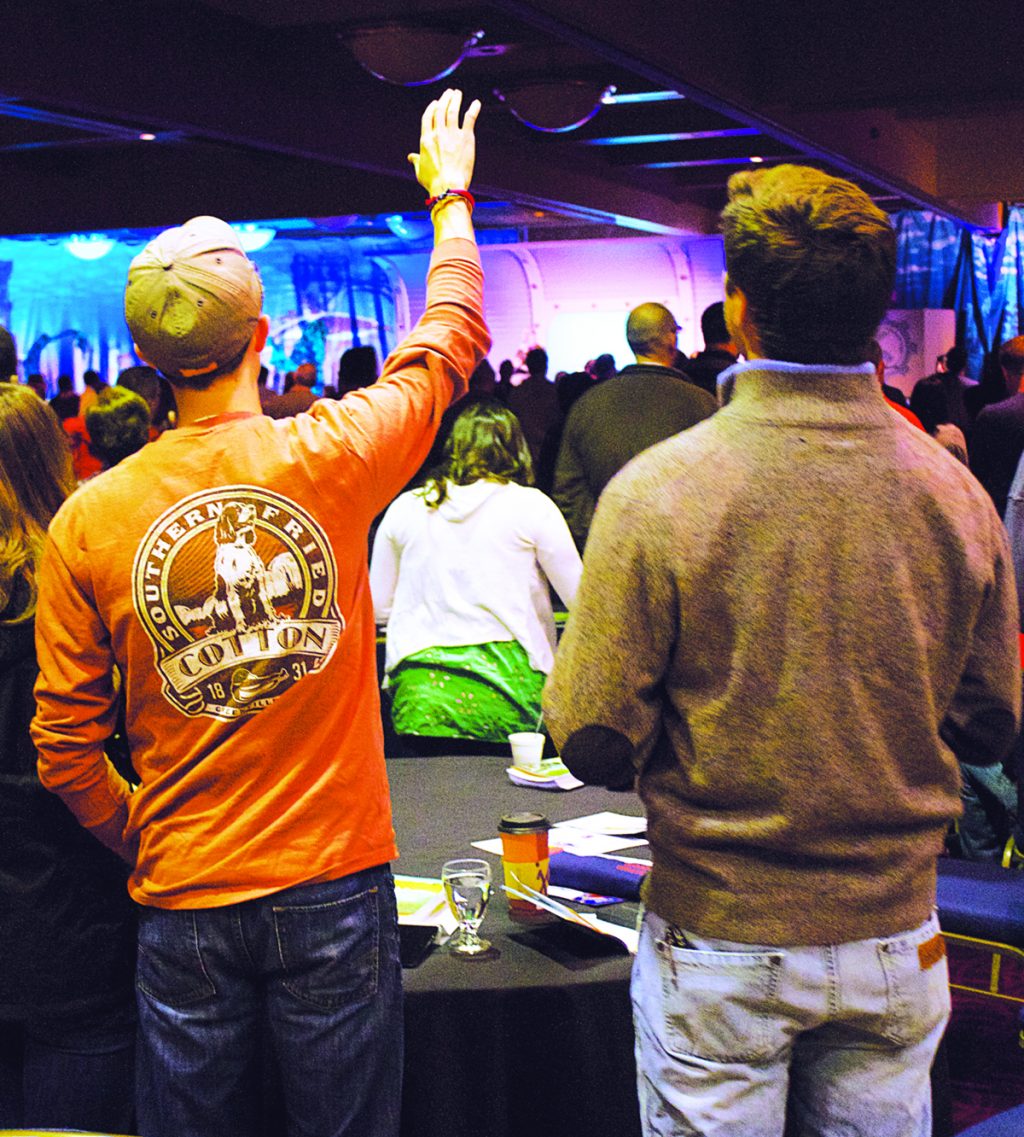 Charlie Sells from the Holland Park Church of Christ in… 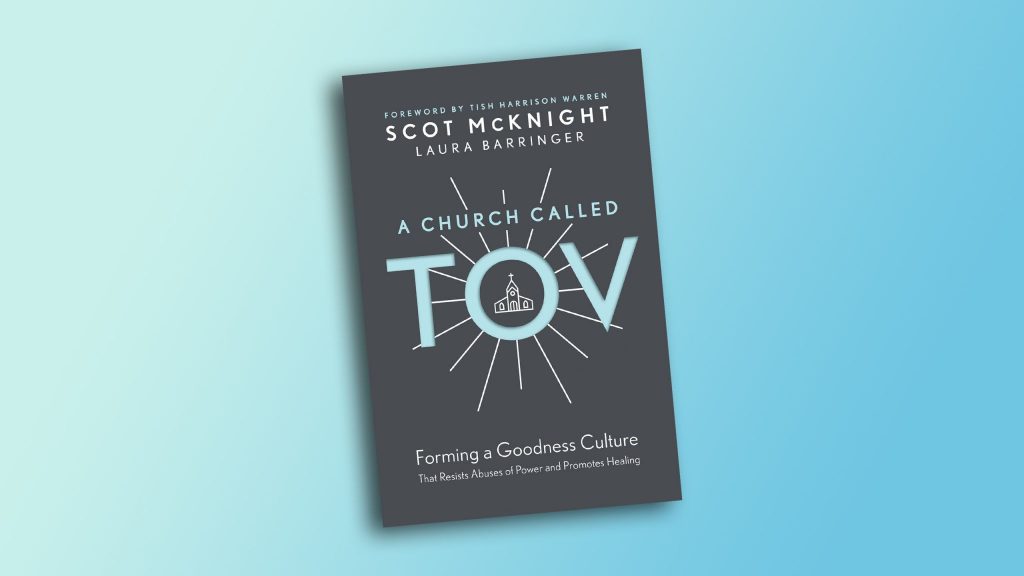 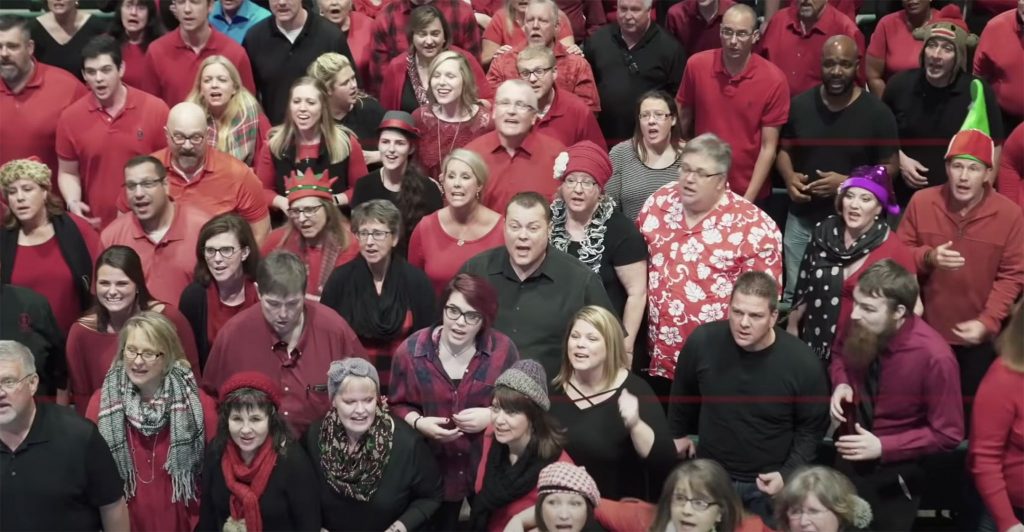