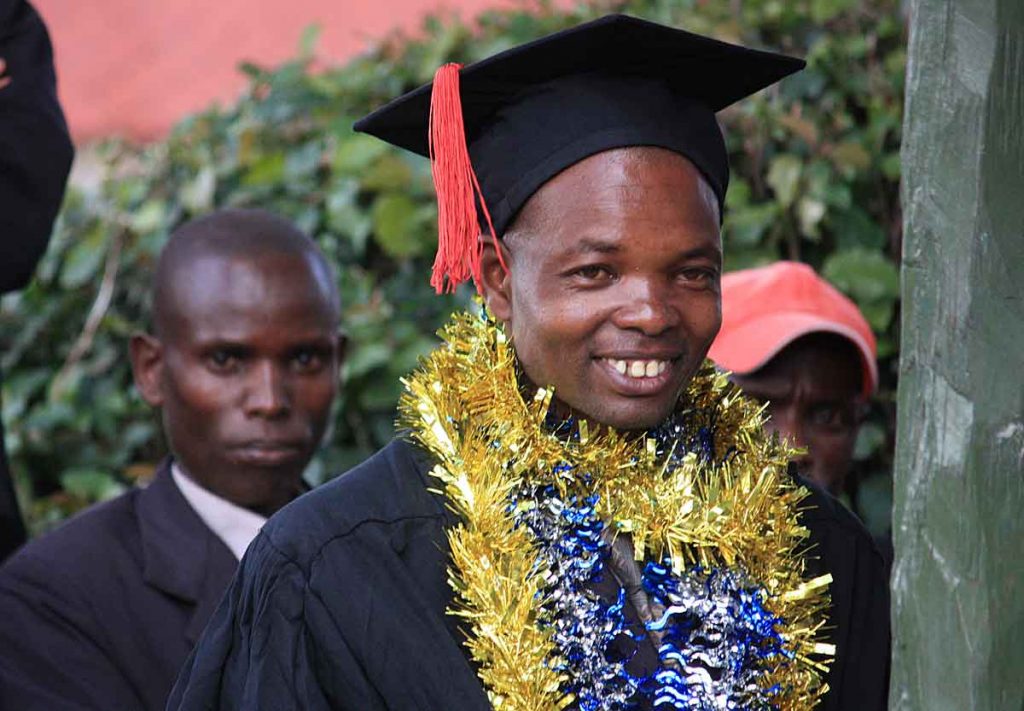 Scenes from a Sunday in Nairobi 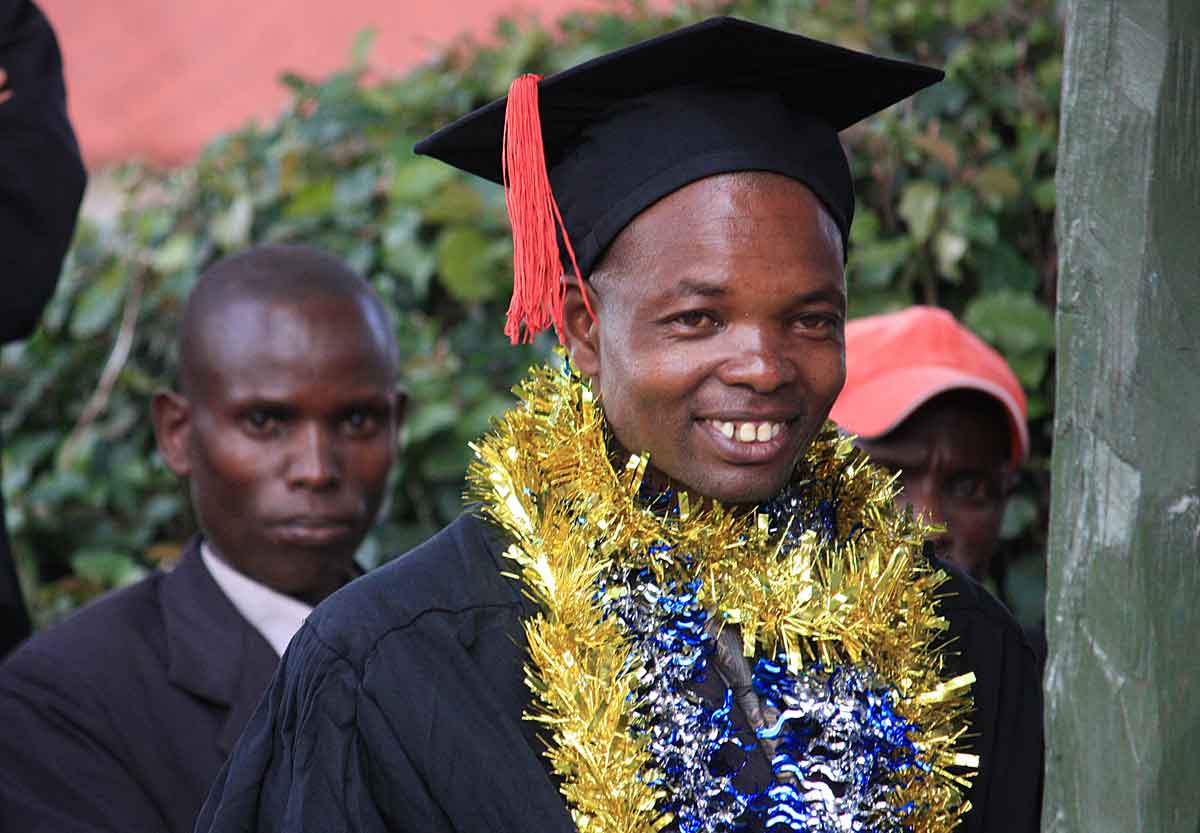 A graduate of the Kenya Christian Industrial Training Institute’s ministry program wears the accolades he received for earning high marks in the program. (Photo by Erik Tryggestad)

New on The Christian Chronicle’s website, read my report on a Church of Christ in Nairobi, Kenya, seeking to serve in an increasingly Muslim neighborhood — and see our online-exclusive photo gallery.
The report is from a Sunday visit to Nairobi’s Eastleigh neighborhood during my recent Kenya reporting trip. The Nairobi Church of Christ Eastleigh and the Kenya Christian Industrial Training Institute share a compound in Eastleigh, where immigrants from Somalia are buying up much of the real estate.

Nairobi is a hub for traders, travelers and Western tourists who stop here on their way to view East Africa’s elephants, lions and even pink flamingos. A tapestry of races, religions and nationalities comprise the city’s 3.3 million inhabitants.
Most coexist peacefully, but ethnic and religious tension has scarred the city. A monument in downtown Nairobi honors the more than 200 Kenyans and Americans killed when a truck packed with explosives detonated outside the U.S. embassy on Aug. 7, 1998. An Egyptian terrorist group carried out the attacks, coordinated by Muslim fundamentalists including Osama bin Laden.
More recently, in the midst of the famine, Somali militants kidnapped foreign workers bringing aid to eastern Kenya. The Kenyan military invaded Somalia to hunt down the militants.
A Somali terrorist group, al-Shabaab, promised retaliation. Weeks later, a grenade attack at a Nairobi bus station was blamed on the terrorists.
Evidence of the heightened tension is easily seen in Nairobi. At an upscale grocery store, security guards search purses and pat down shoppers. Hotel clerks pass minesweepers under cars before opening the gates.
“Besides prayers, we are just careful of any suspicious person,” says Isadora Auma, a 24-year-old Kenyan who has attended the Eastleigh church since she was a teenager. “Of course, you don’t know who is al-Shabaab.”