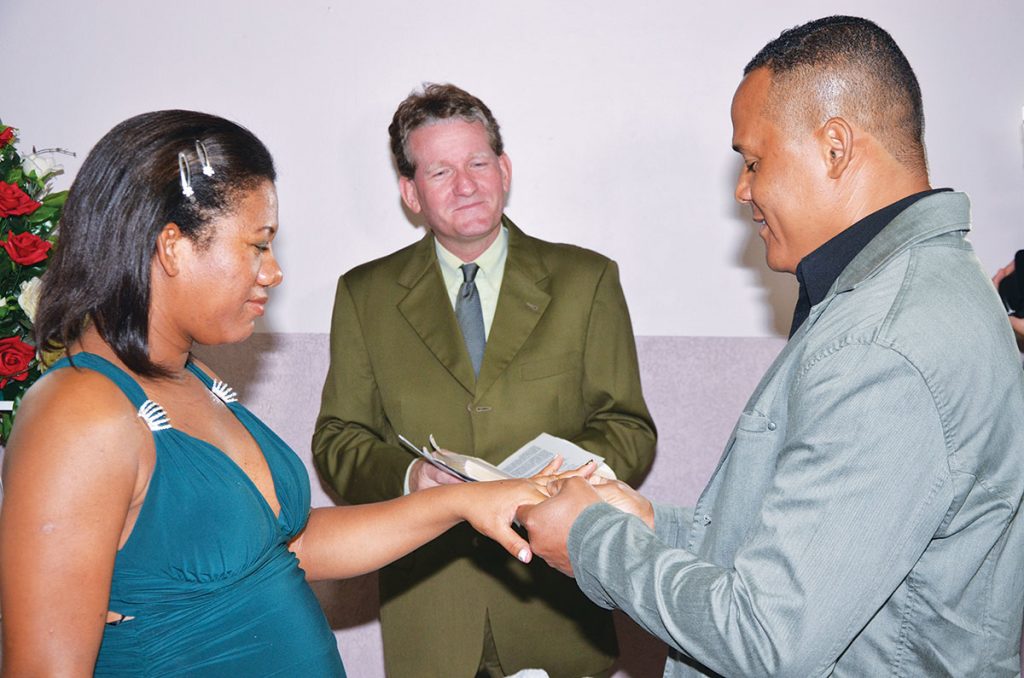 Saying ‘I do’ a second time

STAFF REPORTS
CAMPINAS, Brazil — Missionary Allen Dutton Jr. performed a record-breaking 22 marriage ceremonies in one evening.
Then it was his turn to say “I do.”
The missionary conducted a weekend marriage enrichment seminar for members of the Guanabara and Campo Grande Churches of Christ that meet in Campinas, a city of nearly 1 million souls, northwest of Sao Paulo.
“On Saturday morning I taught two classes on communication and how it can create problems in marriage — and how to solve communication problems,” Dutton said.
Then the couples renewed their wedding vows during a ceremony, complete with professional photos and video.
“It was easy to see in the faces of both bride and groom that the commitment to remain married was stronger than ever,” Dutton said. “We had couples who had been married for 13 days up to 30 years. We ended the night with a beautiful banquet and even had pictures of each couple with a wedding cake.”
During the ceremony, a Brazilian evangelist who works with Dutton presided over the missionary’s renewal of vows with his wife, Robin.