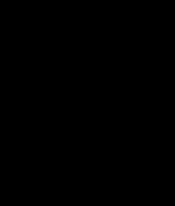 Saving marriages, one viewing at a time

Randy Roper
Writing about the movie “Fireproof” invites clichés.
After all, the movie, about a firefighter who risks his life to save others but cannot seem to save his own marriage, is spreading through the country like wildfire and creating a spark of renewal and recommitment among couples – even couples whose marriages have gone up in flames!
But “Fireproof” is not a cliché. It is an anomaly.
How else can you describe a faith-based film made on a measly $500,000 budget grossing more than $33 million at the box office and claiming the top spot of all independent films in 2008?
“We are pleasantly surprised,” the film’s lead actor, Kirk Cameron, told The Christian Chronicle in a telephone interview. “I knew it was a great story, but we had no idea it would be the No. 1 independent movie of the year.”
But don’t expect to hear “Fireproof” mentioned on Oscar night (incidentally, the film’s budget would have to be tripled to even buy one commercial on the Academy Awards). The movie was made mainly with a volunteer cast with little or no formal training in acting.
But unlike most Hollywood productions, “Fireproof’s” success is being measured not in sales or statues but in saved marriages.
“I knew the movie had the potential to change people’s lives and rescue marriages in real life, and that is exactly what is happening,” Cameron said.
The film’s Web site, www.fireproofthemovie.com, chronicles the stories and testimonies of real couples whose lives and marriages have been rescued, in part at least, because of the film.
“We are hearing about (troubled) couples canceling divorce hearings, walking out of the theater holding hands, or renewing their vows,” the actor said.
One attorney even makes “Fireproof” required viewing for couples before he will take the first step in assisting them with divorce hearings, Cameron said.
Without fire or flash (see what I mean?) “Fireproof” is a story-driven film that tackles real-life issues many struggling couples face, including unmet needs, conflict and addiction.
“It was probably the most challenging role I’ve played as an actor,” Cameron said. “We wanted to address (sensitive issues) in a way that was tasteful and yet still realistic. The writers did a great job of figuring out what most people could relate to — the issues and challenges — and then deal with them.”
The formula of combining a compelling story with real-life issues and believable characters has proven successful in previous projects like “Facing the Giants,” made by the same producers as “Fireproof.”
Those involved in “Fireproof” are hopeful that future faith-based films can continue to slay the giants of Hollywood while touching people’s lives. According to Cameron, future projects are in the works, including a film about fatherhood.
In the meantime, “Fireproof” keeps turning heads and rescuing marriages.
Interestingly, when Cameron was asked what message he wanted the movie to leave with people, he responded with what sounds like a cliché but was expressed as a sincere desire.
“I would say it’s never too late. Don’t give up on your marriage. Like the old firefighter adage, never leave your partner behind,” Cameron said.
“Fireproof” is much more than a cliché or even another underdog story. It is a divine anomaly. It is another example of God using the ordinary to do the extraordinary.
The “Fireproof” DVD, scheduled for release Jan. 27, contains deleted scenes, outtakes and ministry tools that can be used by couples and congregations.
Randy Roper serves as family life minister of the Edmond, Okla., church and is organizing an upcoming couples retreat with a “Fireproof” theme. He can be reached at [email protected].