That was minister and elder Royce Bell’s first reaction when a friend called to tell him her son, Robert Adams, had died in the terrorist attack on county employees enjoying a holiday celebration.

In all, the Dec. 2 massacre by Islamic extremists wielding military-grade rifles killed 14 and injured 21 — stunning this city of 215,000 about 60 miles east of Los Angeles. 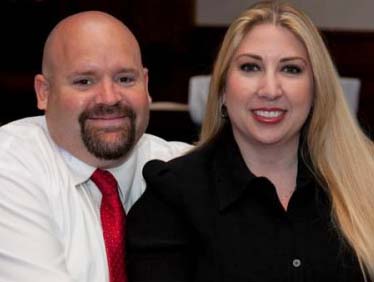 The California tragedy came on the heels of coordinated suicide bombings and shootings that claimed 130 lives in Paris on Nov. 13.

Among America’s estimated 2.7 million Muslims, both attacks stirred fears of a backlash — concerns ratcheted up when presidential candidate Donald Trump called for a “total and complete shutdown of Muslims entering the United States.”

Addressing the nation from the Oval Office, President Barack Obama declared that the San Bernardino killers “had gone down the dark path of radicalization, embracing a perverted interpretation of Islam that calls for war against America and the West.”

Obama urged Americans not to define the fight with terrorists as a war between America and Islam.

“Muslim Americans are our friends and our neighbors,” the president said.

‘WE’RE IN A WAR’
Four hours after the San Bernardino attack, Chicago-born Syed Rizwan Farook, 28, and his Pakistani immigrant wife, Tashfeen Malik, 29, died in a gun battle with police.

The couple left behind a 6-month-old daughter and a rented townhouse filled with thousands of rounds of ammunition and 19 pipes that federal authorities said could be used to assemble bombs. 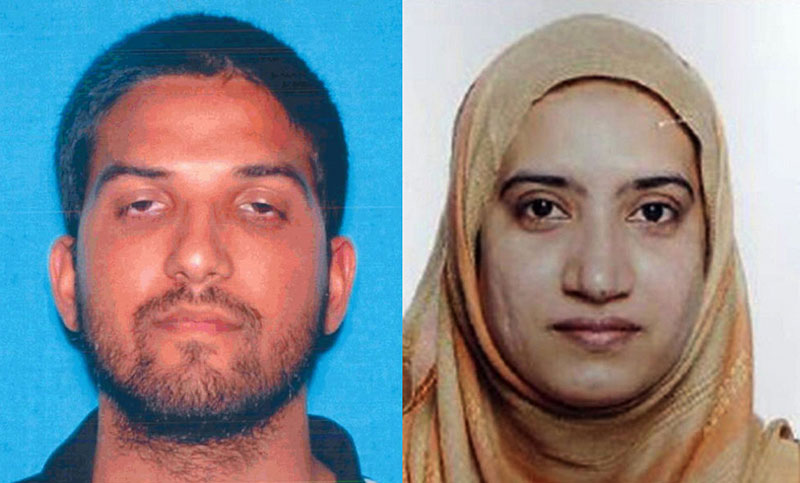 Syed Rizwan Farook and Tashfeen Malik died in a gun battle with police.Steve Kay, minister and elder for the Redlands Church of Christ, lived just two blocks from the shooters and heard the sirens when police chased their SUV.

His wife, Debbie Kay, works as a Child Protective Services social worker in a building near where the massacre occurred and spent anxious moments in lockdown. At home that night, she broke down in tears.

“As Americans, we’re in a war,” Kay said as he prepared to preach after the attack. “That war has been declared on us: 9/11 was the first shot, and now it’s come home. And we have enemy combatants that live among us.

“Not every Muslim is radicalized,” he added, “but you can’t tell who these people are until they stand up to do something.” 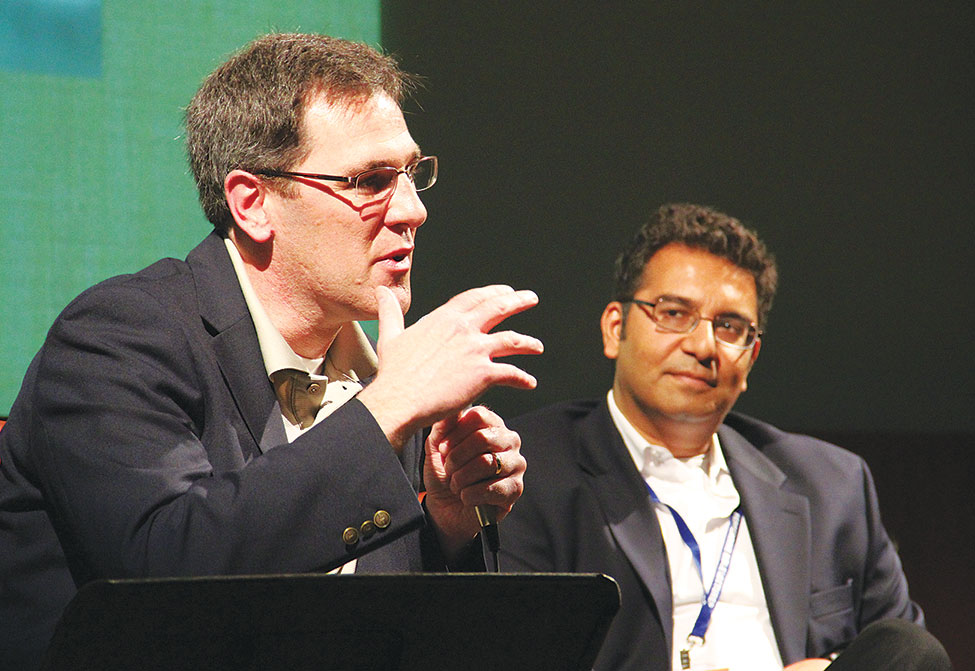 In 2013, John Barton speaks alongside Saeed Khan at Pepperdine University about the course they taught on Christianity and Islam. Read “Muslims among us” from our archives. (PHOTO BY ERIK TRYGGESTAD)

About 30 miles west of San Bernardino, John Barton is the only non-Muslim enrolled in an Islamic graduate studies program that is part of the Claremont School of Theology.

“My Muslim friends express bewilderment and betrayal at how terrorists abuse their faith and the Quran,” said Barton, who has been active in Christian-Muslim discussions for more than a decade. “They discuss proper Muslim responses and responsibilities.

“A wife and mother in this program tearfully expressed her fear to take her small children to the mall or school events because of the way some fellow Americans react to her because of her headscarf,” added Barton, a member of the University Church of Christ in Malibu. 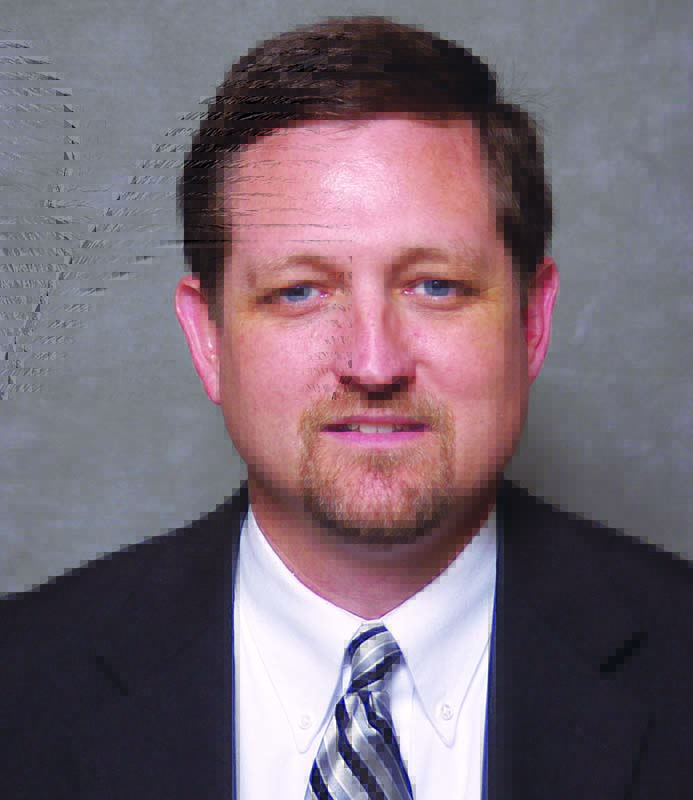 Monte CoxOn the same day as the Paris attacks, 90 world religion students from Harding University in Searcy, Ark., visited a Baha’i center, two Buddhist temples, a Hindu temple, a Jewish synagogue, a Sikh temple and, yes, a mosque in the Dallas area.

At the Islamic Association of North Texas in the Dallas suburb of Richardson, the students heard from imam Shpendim Nadzaku, who fielded questions about jihad and terrorism.

“He was funny, calm and reasonable, and he would be one among many who would say Islamic radicalism is a tiny fraction of Muslims worldwide and not representative of what he would call true Islam,” said Monte Cox, dean of Harding’s College of Bible and Ministry.

After leaving the mosque, the students boarded their bus and learned of the Paris attacks.

Cox said he hopes his students’ exposure to mainstream Islam makes them less fearful and more willing to form friendships with Muslim neighbors.

While debate rages over whether to allow Syrian refugees into the U.S., most Christians probably won’t be asked to decide that issue, Cox said.

But they might run into a Muslim family at a PTA meeting or Little League game and have an opportunity to share the Gospel, he said.

“There, the question is, will I invite that new family in our community over to our house?” said Cox, who preaches for the Downtown Church of Christ in Searcy. “Will I get online and Google to prepare a meal that won’t offend them? We need to be the Welcome Wagon of the world.” 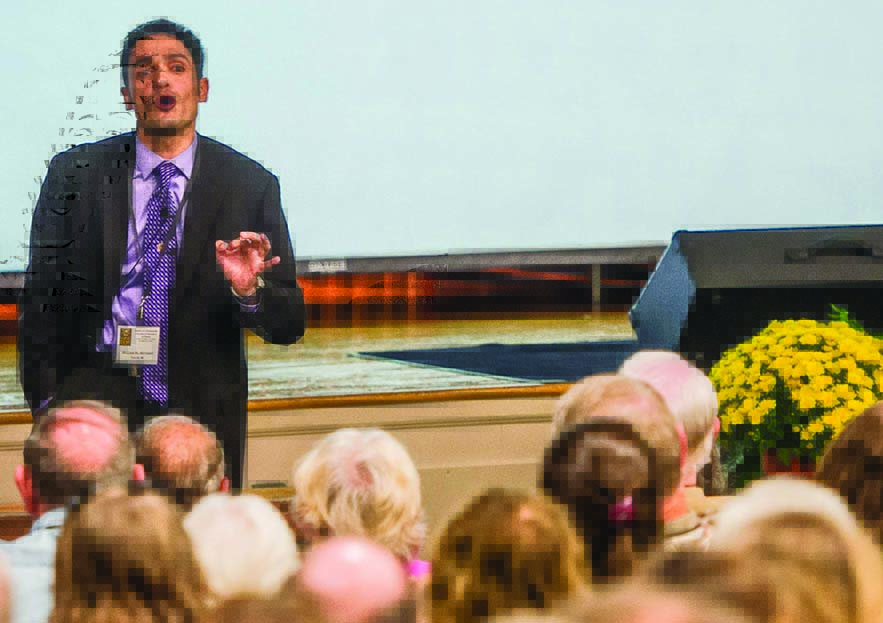 Wissam Al-Aethawi speaks on “How Can We Preach to Muslims?” at the Harding University Bible Lectureship in Searcy, Ark. Read “The long road from Baghdad” from our archives. (PHOTO BY JEFF MONTGOMERY)

Unlike other experts interviewed by The Christian Chronicle, Wissam Al-Aethawi characterizes Islam as an inherently violent religion.

Al-Aethawi, a native Iraqi and former Muslim, serves as a Church of Christ missionary in the heavily Arab city of Dearborn, Mich.

“ISIS militants are the most faithful followers of Islam in the world,” Al-Aethawi said, maintaining that the Quran calls on Muslims to wage war on non-Muslims.

However, most Muslims in the U.S. choose to live peacefully and ignore their religion’s teachings, he said.

Christians must be careful not to allow national politics to seep into spiritual matters, said Khalil Jahshan, executive director of a Washington, D.C., think tank affiliated with the Qatar-based Arab Center for Research and Policy Studies.

“When those two powers mingle, you get a very toxic and a very explosive mixture,” said Jahshan, a member of the Fairfax Church of Christ in Virginia. “Usually, politics tends to trump Christ.” 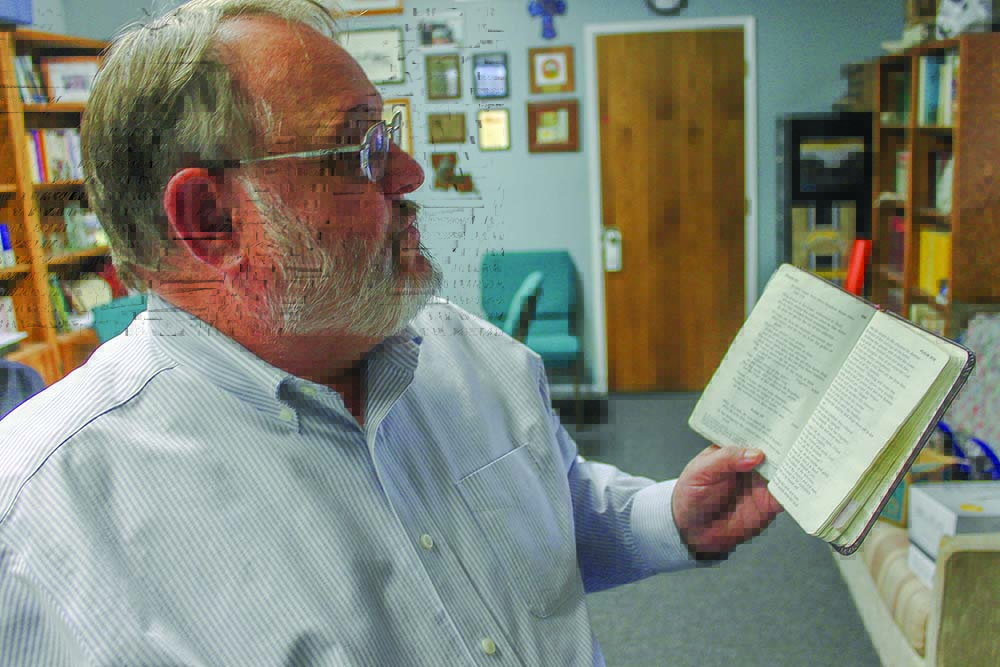 Steve Kay, minister and elder for the Redlands Church of Christ, opens his Bible to Psalm 10, his text for his first sermon after the San Bernardino massacre. (PHOTO BY BOBBY ROSS JR.)

CAN’T MAKE ME HATE YOU
In Redlands, a city of 70,000 just east of San Bernardino, Kay serves as the fire department chaplain.

That role affords him the opportunity to interact with leaders of other faiths — including the local imam.

“He’s a good guy,” said Kay, stressing that he would no more blame all Muslims for the San Bernardino attack than he would all Christians for the Nov. 27 shooting that killed three people and wounded nine at a Planned Parenthood facility in Colorado Springs, Colo.

Kay encourages all preachers to be active in interfaith activities.

“We know the real God,” he said. “God is not Allah. Jesus was not a prophet. We need to be building relationships so that if they have questions, we can talk about those things. It is about salvation. They need the Lord, just as everybody needs the Lord.” 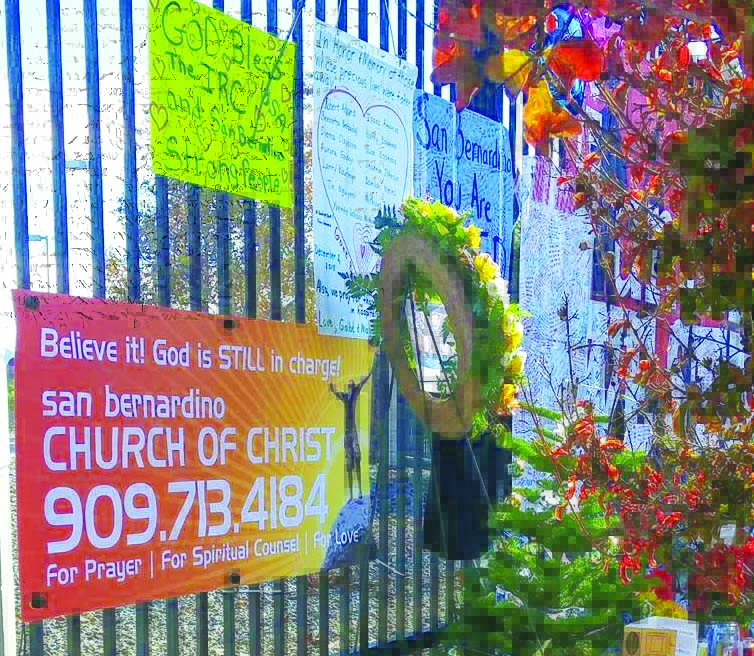 “God is STILL in charge!” says a banner at a makeshift memorial for the victims. (PHOTO BY ROYCE BELL)

At a makeshift memorial near the San Bernardino massacre site, Bell placed a church banner declaring “God is STILL in charge!” and offering a telephone number for grieving residents to call for prayer, spiritual counsel or simply love.

Visiting with mourners who came to pray or leave flowers, Bell said he found many with an “us against them” mentality concerning Muslims.

Given his own anger, he understands that.

But as he prepared to preach the funeral for the son of his friends Harry and Carol Adams, Bell turned to a moving Facebook tribute by Antoine Leiris, whose wife, Hélène Muyal-Leiris, died in a Paris concert hall. “I will not give you the gift of hate,” Leiris proclaimed.

If Christians give into hate, then the terrorists will prevail, Bell said.

What will it take to win this war?

The love of Jesus, as Al-Aethawi sees it.

“Jesus commanded us to love our neighbors, and your neighbor can be any human being on this planet, even though they don’t agree with you on your views of faith,” he said. “He also told us to love our enemies. Here is where faith comes in.”