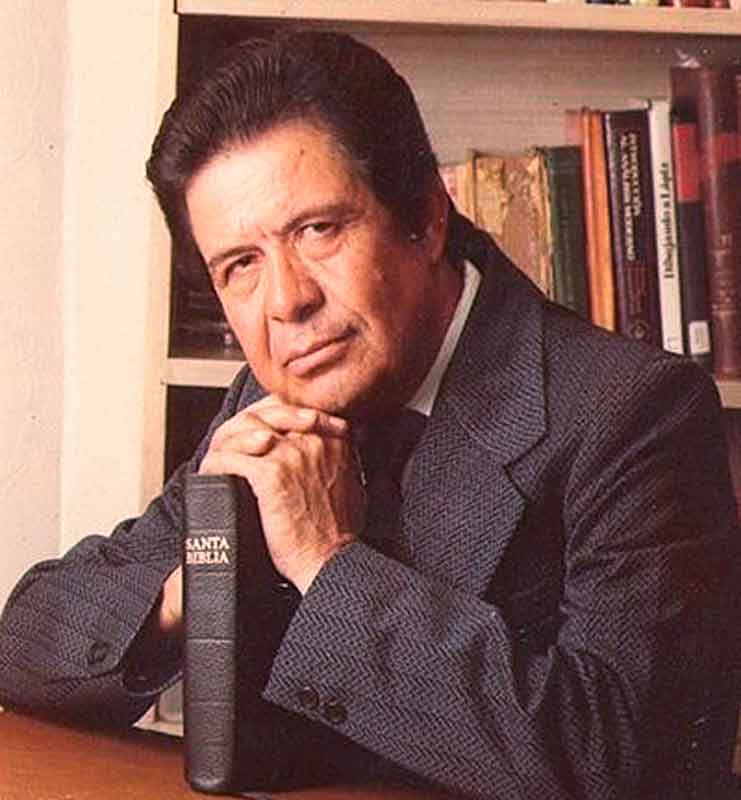 Samuel Solis, ‘the most active Mexican evangelist,’ dies at 79

Believers on both sides of the U.S./Mexico border are celebrating the life of Samuel Solis, a pioneering evangelist for Churches of Christ in northern Mexico.
Solis, 79, died March 12 in Monterrey, Mexico. One of the ministers he influenced, Omar Corpus, provided information about his mentor’s life. Corpus is a longtime preacher in northern Mexico who oversees a ministry focused on worship training.
Solis was born in Galeana, in the northern Mexican state of Nuevo Leon, on Sept. 21, 1932. Influenced by his uncle, a preacher in the Nazarene church, he began to study the Scriptures and work as an assistant minister. He studied with Victorino Najera, a pioneering minister for Churches of Christ in Mexico, and missionary John F. Wolfe. Solis resigned from the Nazarene church and was baptized in 1958. He became a missionary assistant in the Mexican state of San Luis Potosi.
Solis’ wife died when he was 26. After a period of mourning, he moved to Monterrey and began a ministry career there that would last for more than a half-century.
In Monterrey, he was known as a captivating speaker and spinner of elaborate, humorous anecdotes, Corpus said. In 1978 he joined the teaching staff of the Monterrey School of Preaching, a ministry training program associated with Churches of Christ.
Solis was a sought-after speaker at youth rallies, gospel campaigns and seminars throughout Mexico and the U.S.
“Solis was a contemporary of pioneers of the Churches of Christ in Mexico such as John F. Wolfe, J.W. Treat, Victorino Najera and Pedro Rivas among others,” Corpus said. “He will probably be remembered as the most active Mexican evangelist, preaching for 54 years.”
Solis also was “an impassioned promoter and instructor of a cappella hymns  in worship,” Corpus said.