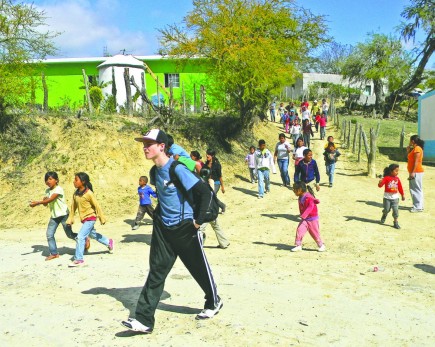 Instead, a group from the Edmond Church of Christ will spend spring break serving in the border town of McAllen, Texas.

EDMOND, Okla. — Travel instability south of the U.S. border and publicity over the recent arrest of a top drug kingpin known as “El Chapo” contributed to an Oklahoma church’s decision to cancel its spring break mission trip to Mexico.

For 20-plus years, the 1,200-member Edmond Church of Christ has organized mission trips to the remote mountain village of Aquiles in northern Mexico. 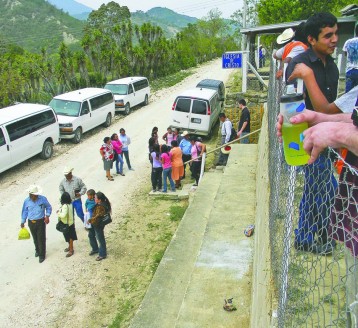 Mexican members and American visitors leave the Church of Christ in Aquiles after a Sunday morning worship assembly in 2012. (PHOTO BY BOBBY ROSS JR.) But Wednesday night, church leaders informed the 170 college students, teenagers and families planning to make the annual trek in mid-March that they won’t be going.

Instead, the group will serve in the border town of McAllen, Texas.

“Every year we keep a close watch on safety matters regarding our travel  in Mexico,” said minister Evan Burkett, who oversees the Edmond church’s campus ministry, comprised of students from nearby Oklahoma Christian University and the University of Central Oklahoma.

“ We have several people  in government agencies, Mexican church leaders and others we contact,  as well as watching the State Department website and warnings,” Burkett added. “We also  watch for current events that might cause additional, potential  difficulties.” 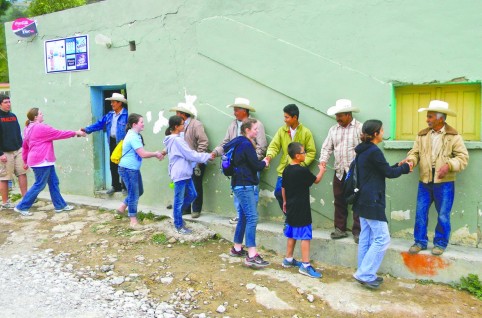 Children from the Edmond Church of Christ in Oklahoma greet the men of Aquiles, Mexico, before distributing care packages filled with food, Bibles and other items, including T-shirts, in 2012. (PHOTO BY BOBBY ROSS JR.)

Concerns about safety on some roads that the group would travel as well as “the very public arrest” of Joaquin “El Chapo” Guzman made it “seem unwise” to make the trip this spring, the campus minister said. 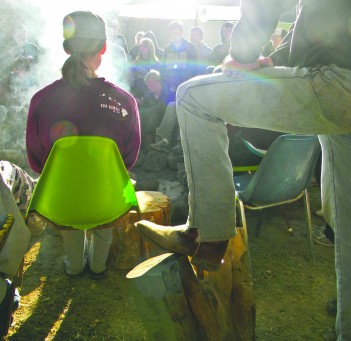 Before starting their daily work projects, the mission team from Edmond, Okla., sings and prays around a campfire in Aquiles, Mexico. (PHOTO BY BOBBY ROSS JR.)

Hernandez pioneered the Aquiles work — along with Edmond minister Kent Risley — and now lives in McAllen.

Burkett expects that the group will do some of the same kind of work — including leading Vacation Bible Schools and helping with construction projects — that it would have in Mexico.

“McAllen’s border communities are known for having some of the most impoverished areas in the United States,” he said.

The Christian Chronicle joined the Edmond church on its 2012 trip and reported on the challenges facing mission efforts by Churches of Christ in Mexico.

Reader feedback: Does your church support mission work in Mexico? If so, will your congregation send a mission group south of the border this spring? Why or why not?