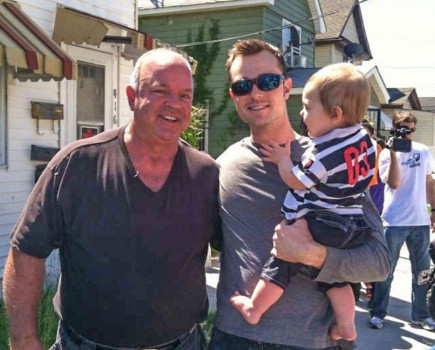 Running the good race of recovery

THE EDITORIAL COUNCIL
‘Therefore, since we are surrounded by such a great cloud of witnesses, let us throw off everything that hinders and the sin that so easily entangles. And let us run with perseverance the race marked out for us, fixing our eyes on Jesus, the pioneer and perfecter of faith.”
— Hebrews 12:1-2

As you comforted and fed victims of the Colorado wildfires, as you picked through the debris left by the Oklahoma tornadoes, a great cloud of witnesses watched on TV sets and computers. You responded with boldness and a consuming desire to show Christ’s love.
Well done.
Now the news cameras are gone. Already the disasters of our recent past seem like ancient history. Hurricane Sandy? Katrina? What’s left for Christians to do there?
Plenty. Now comes the hard part. Joe Crawford, a church member and disaster relief coordinator in Oklahoma, perhaps said it best in our July issue: “We’ve got to come up with a system that’s long-term, or we’re just moving rubble.”
As we watch money pour into relief agencies after a disaster, it’s easy to think that the victims will be well-served as they recover.
We may even get a bit jaded by the astronomical number of dollars given to relief.
But a lot of agencies “raise money in a vacuum,” not knowing the true cost of relief, argues Saundra Schimmelpfennig, founding director of The Charity Rater (goodintents.org) and blogger about international philanthropy.
“With each passing disaster, more and more organizations raise money,” she writes. The best-known groups tend to get the most. After international disasters, such as the earthquakes in Haiti and Japan, “too much money is being raised to support groups that provide things like boats or orphanages, while too little money is raised for help with legal issues or assistance to the elderly.”
Christ calls us to run the race with perseverance. That means helping in recovery efforts months, even years, after a disaster. That means providing smart, relevant resources to victims as they deal with insurance and the psychological effects of living through a nightmare.
That means staying engaged with the people we serve — building community.
Many in our fellowship are doing just that. Increasingly, we hear talk about coordinated, long-term recovery that goes beyond bottled water. We see Christians engaged in their communities — from Far Rockaway, N.Y. to Ishinomaki, Japan. In Honduras and Indonesia, entire villages have come to Christ after our labors of love pointed them to Jesus.
Never forget that. Even though the TV cameras stop rolling, the witnesses keep watching.