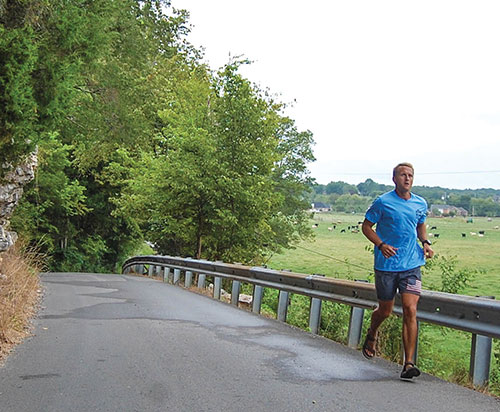 ‘Ultramarathoner’ Greg Armstrong practices spiritual discipline on the long, long road.
Ken Beck
LEBANON, Tenn.— Greg Armstrong has run through green pastures and beside still waters.
His long distance dreams carried him through deserts and up and down the Rocky Mountains, among other grueling locations. 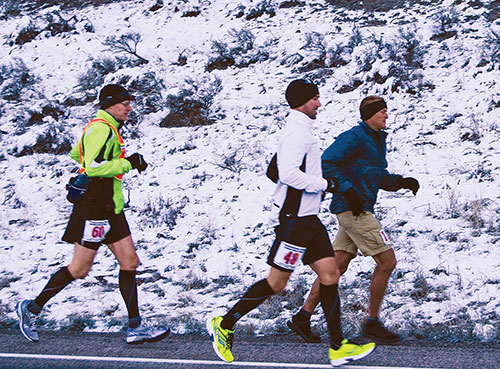 Armstrong, who attends the Berea Church of Christ in Lebanon with his family, runs “ultramarathons,” races of a distance greater than the traditional marathon’s 26.2 miles — sometimes much greater. He dreams of making the U.S. National 24-Hour Running Team as it takes on the world next year in Italy.
In July, he took a step — many steps, actually — toward that goal, winning a 314-mile race. He knocks out from 100 to 200 miles per week while teaching, coaching and helping provide clean water for communities around the globe.
“Running built my character at a very young age — mentally, physically and spiritually,” said Armstrong, 40, who has taught for the past 10 years at Friendship Christian School in Lebanon. “It provides a time for prayer and for applying disciplines to your spiritual life.”
He hopes to give children in the U.S. those same character-building opportunities — and children around the world the chance to drink clean water. Recently he helped organize a “Run Around the World” event at a middle school, involving hundreds of students who were challenged to a “26-day marathon” — committing to run one mile a day for 26 days.
The event raised funds for Run4Water, a nonprofit that strives to provide solutions for the global water crisis. Armstrong started Run4Water in 2010.
“I was thinking about how to combine the two passions in my life — running and the water crisis — to give God glory,” he said.
To launch the nonprofit, he attempted to run 120.5 miles of U.S. 231, from Alabama through Tennessee and into Kentucky.
“I made it in 23 hours and 11 minutes,” he said. “Then I spent three days in the hospital. I made my goal but it was pretty challenging.”
RUNNING ON GOD’S STRENGTH
Armstrong traces his running ambition back 25 years — to the day when he didn’t make the freshman basketball team at Riverdale High School in Murfreesboro, Tenn. Undeterred, he turned his sights to the cross-country team.
“Running was my fallback, I guess,” he said. 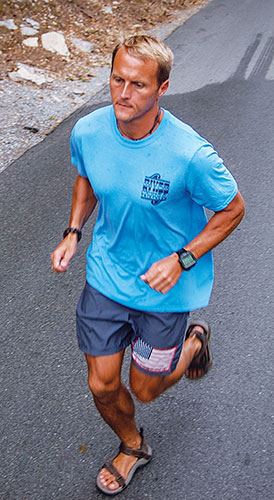 Greg Armstrong logs thousands of miles each year wearing Teva sandals. He began his running career as a freshman at Riverdale High School in Murfreesboro, Tenn. (PHOTO BY KEN BECK)
He took classes at Harding University in Searcy, Ark., before transferring to Middle Tennessee State University in Murfreesboro, where he earned a degree in wildlife biology. He coaches cross-country and teaches anatomy, physiology, botany, environmental science and Bible at Friendship Christian, a pre-kindergarten through 12th grade school launched in 1973 by members of the College Street Church of Christ in Lebanon.
The sun-burnished Armstrong, who carries 160 pounds on his 5-foot-11 frame, runs at least 100 miles a week and sometimes reaches 200. About one morning each week he runs the 10 miles from his home, a farm on the Cumberland River, to school.
He has completed 14 races of 100 miles or more. His best time for running 100 miles is 15 hours, 34 minutes. In the Badger 24-Hour Run in Wisconsin this summer, he covered 138.96 miles in 24 hours.
“Throughout the 24-hour period, you don’t feel strong,” he said of the races. “You feel weak — physically and mentally — and when you get worn down, you have doubts.
“I have a lot of time for prayer and recognize God’s strength even more in my life. Hopefully, it’s time I can grow as a person.”

A FAMILY THAT RUNS TOGETHER
His wife of 18 years, Shelley, is a marathoner who recently completed her first ultramarathon of 31 miles. Still, she raises her eyebrows when her husband talks about running distances of 100-plus miles.
“Greg is like a free spirit, pretty unique in his ideals and determination,” she said. “I’ve kind of gotten accustomed to the extraordinary being the ordinary in his life.
“He often tells me he wishes he had five more lifetimes to live because there’s so much more he wants to get accomplished and not enough time to do it. … He just has a passion for living life to its fullest and helping others sort of find out what their passions are and encouraging them to do the same.”
As for the rest of the family, Anna Kate, 13, enjoys serving on his crew during the long runs and also plays on the school volleyball team. Lily Grace, 11, recently ran her final mile in the “26 miles in 26 days” event.

CLEAN WATER IN HONDURAS, TENNESSEE
Greg Armstrong has traveled with students to Honduras, Haiti and Nicaragua to serve communities where the lack of clean water is a health hazard. His nonprofit helps drill clean-water wells. 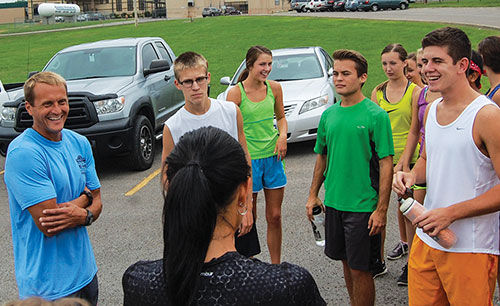 One weekend per month, he and high school students make the four-hour drive to Sneedville in East Tennessee to help residents in impoverished communities get clean water.
A driller digs wells and students do the manual labor. The group works with the county health department to make sure the water they find is clean.

INSPIRING RUNNERS
As he makes strides in helping the less fortunate in Central America and Tennessee, Greg Armstrong also strives to inspire future generations of runners.
“My passion is to get young people involved,” he said.
One of his students, 17-year-old Rachel Heronimus, recently completed her first half-iron man event and plans to run a marathon in early 2015. 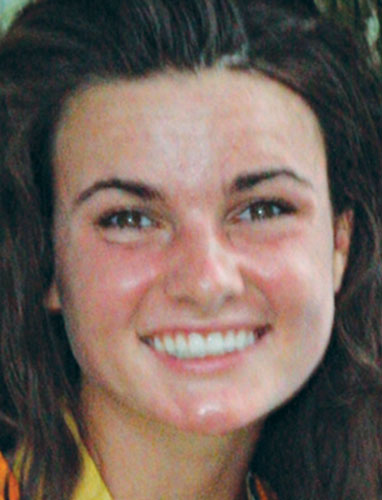 Rachel Heronimus
“He’s not only a good example through his running, but also through his love for others and the encouragement he gives to others,” she said. “He has inspired me in more ways than just physical conditioning and self-discipline.”
Greg Armstrong plans to tackle his next 24-hour run in Arizona in December as he attempts to qualify for the U.S. national team, which will take its top six male and female runners to the world championships in Torino, Italy, next April. Currently, Armstrong ranks fifth in the nation.
“That’s what I’m shooting for,” he said, “but it’s OK if it is not God’s will.”
RELATED COVERAGE