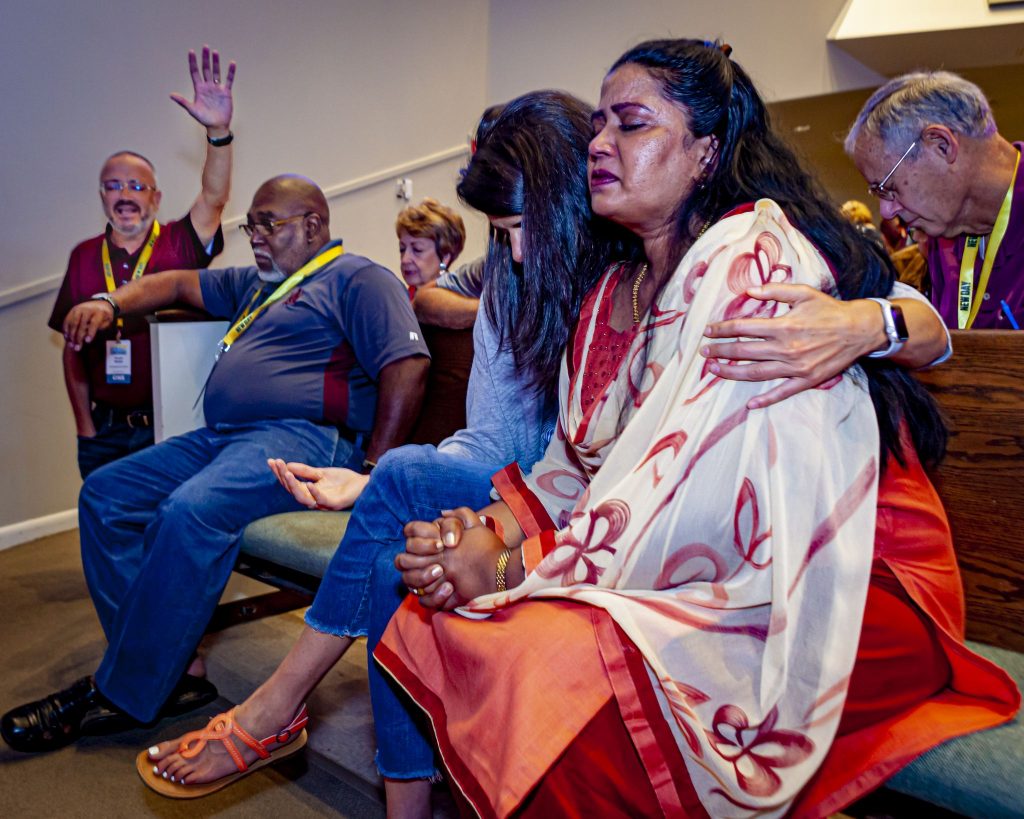 MURFREESBORO, Tenn. — I’ll try not to talk too fast, but I’m typing this quickly during a break at the New Day Conference.

The conference, hosted by the North Boulevard Church of Christ, south of Nashville, “aims to encourage our sister churches by working together to restore the revolutionary mission of Christ’s church: making disciples of all nations.”

From Bobby: Christians from more than 20 states have gathered at the North Boulevard Church of Christ in Murfreesboro, Tenn., for the #NewDayConference.

I’ve filled up almost an entire notebook and will share much more later. I’ve been surprised to run into a few friends from Oklahoma and Texas. But I’ve also enjoyed meeting a lot of Christian Chronicle readers from east of the Mississippi River.

• Former Harding University president dies at 97: Cliff Ganus, who served as the third president of the Searcy, Ark., university associated with Churches of Christ, died Monday night at 97. Ganus’ passport “looked like a pocket-size New Testament, thick with additional, sewn-in pages filled with stamps from around the globe,” notes Erik Tryggestad’s story.

• Rachel Held Evans’ latest book raises hard questions: Church members may not agree with the progressive author’s conclusions but will appreciate her challenge to study for themselves, Katie Isenberg suggests in her review.

• A health scare, prayer and battle of the bulge: A heart attack and a homeless soul persuaded minister and journalist Hamil Harris to labor toward weight loss with God’s help. Read the Chronicle correspondent’s first-person reflection.

• Waves of flags at Pepperdine University mark 9/11: “A spectacular display of American and international flags stand as a poignant remembrance of the victims of terrorist attacks at the World Trade Center in New York, the Pentagon and on United Airlines Flight 93 that crashed near Shanksville, Pennsylvania on Sept. 11, 2001,” the Los Angeles Daily News reports.

• ‘I was in the right place at the wrong time’: A survivor of the 9/11 attacks told his story this week at Freed-Hardeman University in Henderson, Tenn.

• Oklahoma Christian University honors victims of 9/11: A field of U.S. and Oklahoma flags placed at the front of campus has become a tradition at the anniversaries of 9/11 and the Oklahoma City bombing.

• Wednesday night still a church night for most congregations: “What began as midweek prayer meetings in the 18th century have become an accepted part of the congregational life in the vast majority of Protestant churches in America,” reports LifeWay Research. “Nine in 10 Protestant pastors say they have some type of activity on Wednesday night, according to a new study from Nashville-based LifeWay Research. Only 10 percent say they have no regular events on Wednesday evening.”

Finally, one more photo from the New Day Conference

We just sang “Our God, He Is Alive,” the unofficial national anthem of Churches of Christ. Between that and the @ChickfilA breakfast, I’m on a spiritual high. #NewDayConference pic.twitter.com/Csb9G2SMko