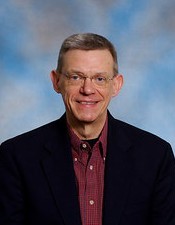 staff reports
Mike Westerfield, president of Rochester College since 2003, has resigned his position effective immediately, announcing plans to remain as a tenured professor of English.
“My five years as president of Rochester College have been both challenging and gratifying,” Westerfield said. ” I believe the time has come for a new president who will move the school to a new level of academic excellence in Christian community. I look forward to working with and supporting that person.”
Rubel Shelly will serve as interim president, giving the trustees time to search for a successor, the board of trustees announced.
Shelly began his work at Rochester in 2005, becoming a full-time professor the following year.
During Westerfield’s tenure, Rochester College’s first graduate program, the Master of Religious Education, was approved; and the institution’s department of education received authorization to grant full certification to graduating teachers. In addition, The Richardson Center, a campus centerpiece facility that houses classrooms and technologically advanced science labs, was constructed.
Shelly, the author or co-author of more than 30 books, holds degrees from Harding University (B.A.), Harding Graduate School of Religion (M.A., M.Th.), and Vanderbilt University (M.A., Ph.D.).
“The future is rich with possibilities for Rochester College,” Shelly said. “The best days … are yet to come. It is humbling to be asked to fill this interim role, and I look forward to working with the new leader who will emerge from the board’s selection process.”