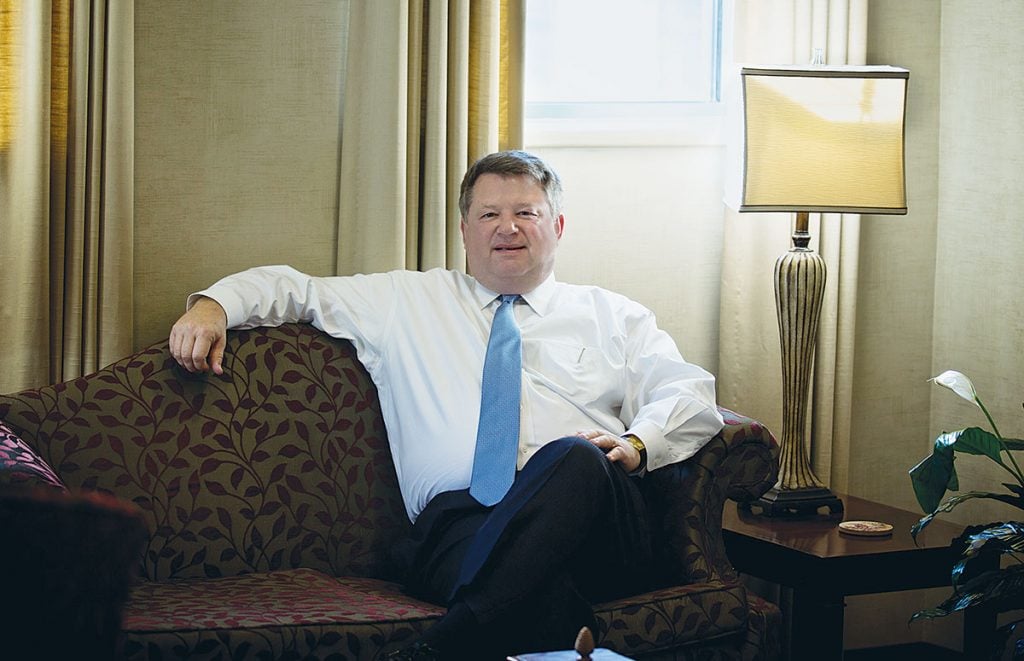 John Tyson says the three years at Rochester College have been a great blessing.
Staff Reports

ROCHESTER HILLS, Mich. — John Tyson, president of Rochester College, is stepping down after three years on the job.

In an email to colleagues, Tyson described the opportunity to lead the 1,200-student college, which is associated with Churches of Christ, as a great blessing for him and his family.

“Financially, the college has made dramatic improvement,” Tyson said in the email. “We have paid down debt, experienced the largest operating surplus in the college’s history and, for the first time in 13 years, we are on track for a second year in a row of operating surplus.

“Philanthropic gifts are near the all-time high, alumni giving participation has improved, and the number of donors has increased,” he added. “Our endowment has begun to grow. And with our stipends last year, we’ve even been able to begin reinvesting in you, our faculty and staff.”

A native Texan, Tyson ministered for churches in New Braunfels and Belton before moving to Lubbock, where he served as chair of the Department of Biblical Literature at Texas Tech University and as campus minister for the Broadway Church of Christ.

In 1989, he returned to his alma mater, Abilene Christian University, to serve as an executive assistant to the president. He established and directed the university’s long-range planning program before moving to the development office, where he served for 17 years, raising more than $330 million for the university.

In 2011, Tyson was named president of Abilene Christian Schools, a K-12 school. He developed the school’s strategic plan, significantly increased student enrollment and raised major gifts.
FROM OUR ARCHIVE

• A conversation with John Tyson