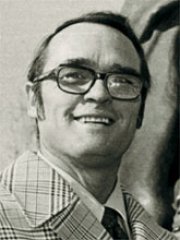 Robert Rowland, who served as president of the now-defunct Columbia Christian College in Portland, Ore., from 1959 to 1968, died Thursday, Jan. 17, after a recent illness and decline in health. He was 86.
Rowland attended the Magnolia Center Church of Christ in Riverside, Calif. Find his full obituary.
The website of Oklahoma Christian University reports:

The OC community mourns the loss of Bob Rowland, who served the university from 1971 to 1990.
Rowland was president of OC’s American Citizenship Center, then served as executive director of Enterprise Square USA.
“I was conducting Freedom Forums and seminars in a five-state area, and I would reach maybe 5,000 students and teachers a year,” Rowland once said. “I thought, ‘What if you built yourself a museum of some kind, an educational attraction that would attract that many or more each month, year round?’”
The vision became reality in 1982, when Enterprise Square opened, offering economic education and history in a unique venue located on campus.