Road Notes: The beauty of Brussels — and stopovers 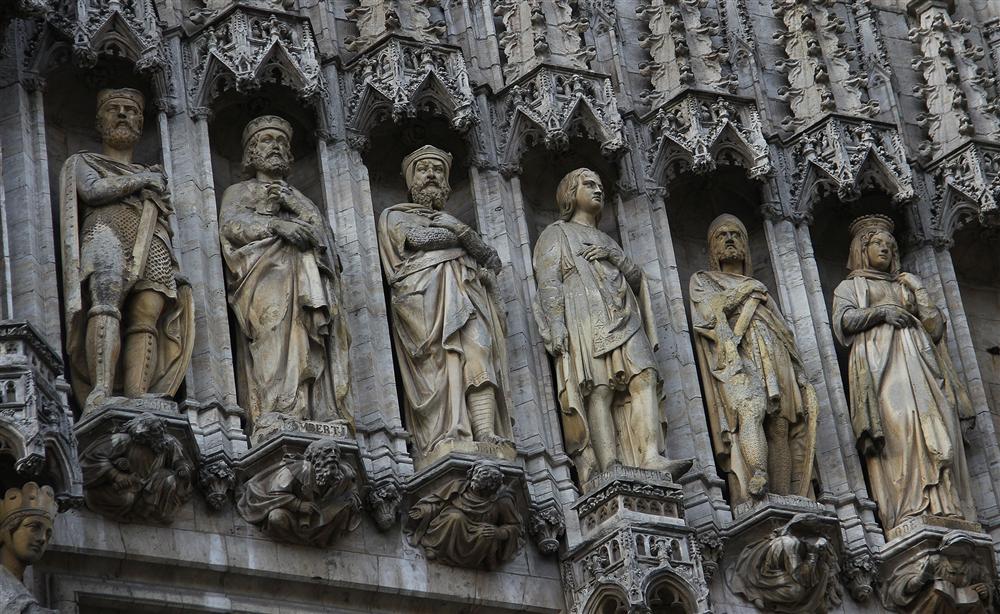 A close-up detail of the statues that adorn Brussels’ Town Hall in Belgium. (PHOTO BY ERIK TRYGGESTAD)

Get out of the airport.

That’s my advice to any missionary, long- or short-term, en route to Africa and changing planes in Europe.

I was blessed to be able to take a brief tour of this European capital — where you’ll find the Council of the European Union and the headquarters of NATO — during a stopover on the way to the West African nation of Togo. There, I plan to attend a special service as a Church of Christ in the capital city, Lome, installs its first elders. (More on that in a future post.)

Stopovers of five hours or more are common as you fly from the U.S. to Africa — especially West Africa. Usually, flights from the U.S. arrive in European cities such as London, Amsterdam, Frankfurt and Brussels in the early morning hours and connecting flights to Africa depart mid-afternoon.

That gives you a little bit of time to see some amazing cities in Europe. (Sure, you’re tired and grimy after the flight across the Atlantic, but don’t let that stop you.)

And it gives you the chance to connect with missionaries and church members in Europe — a continent where dedicated people of faith work tirelessly to spread the Gospel. (A post I wrote from Dublin, Ireland , last year that touches on this subject.) 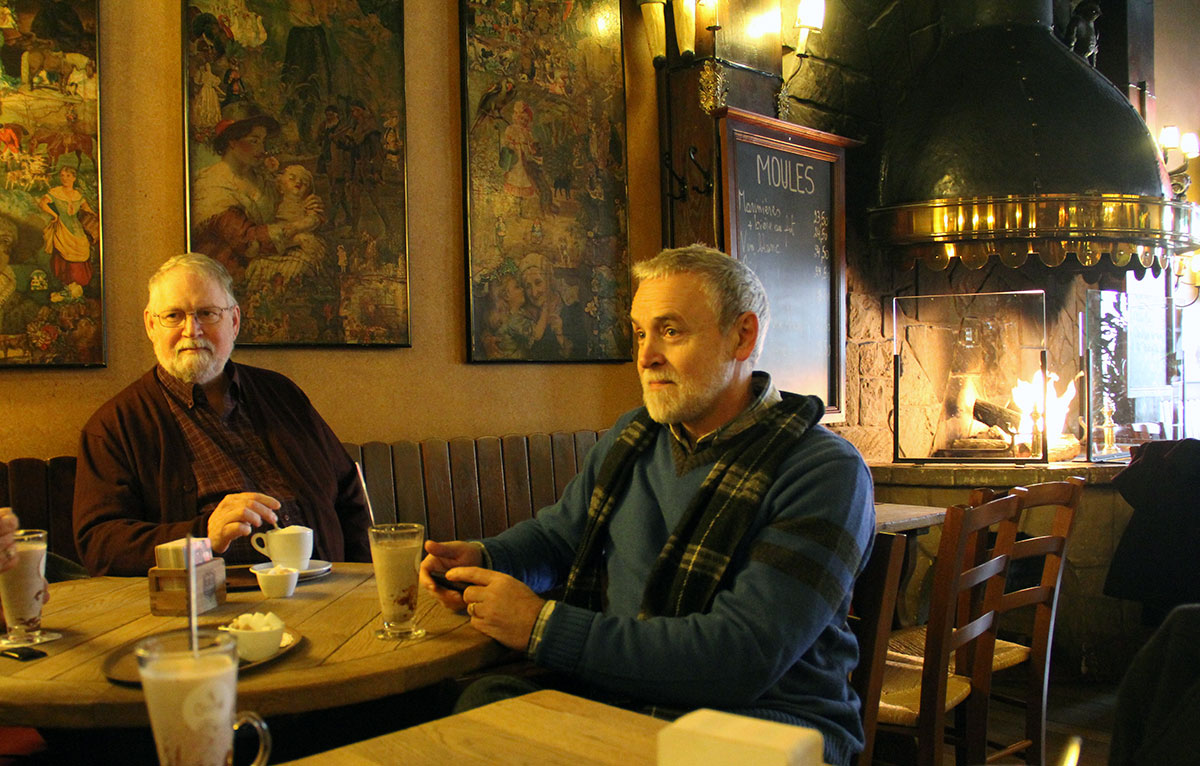 A coffee break with Blair Roberts and Paul Brazle in a cozy Belgian cafe — much nicer than one you’d find in an airport. (PHOTO BY ERIK TRYGGESTAD)

After dodging the winter weather in the States, my companions and I met Blair Roberts, who works with Churches of Christ in Brussels, at the airport. Paul Brazle, a longtime missionary in Antwerp, Belgium, braved his country’s famous traffic snarls to meet us as well.

Bobby Ross and I stayed with Paul and his wife, Carol, in 2009 (en route to Ghana, I might add). I wrote a story about Ghanaians living and worshiping in Antwerp for our “Global South” series and Bobby wrote a column about our trip north to Amsterdam to worship with a Ghanaian congregation there.

I’m including a few photos from our brief time in Brussels. It was great to get the chance to connect — and reconnect — with workers committed to helping the people of Belgium come to know Jesus. 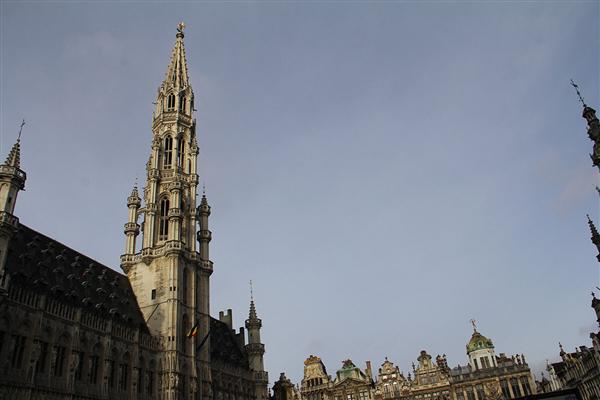 Another view of Brussels’ Town Hall. (PHOTO BY ERIK TRYGGESTAD) 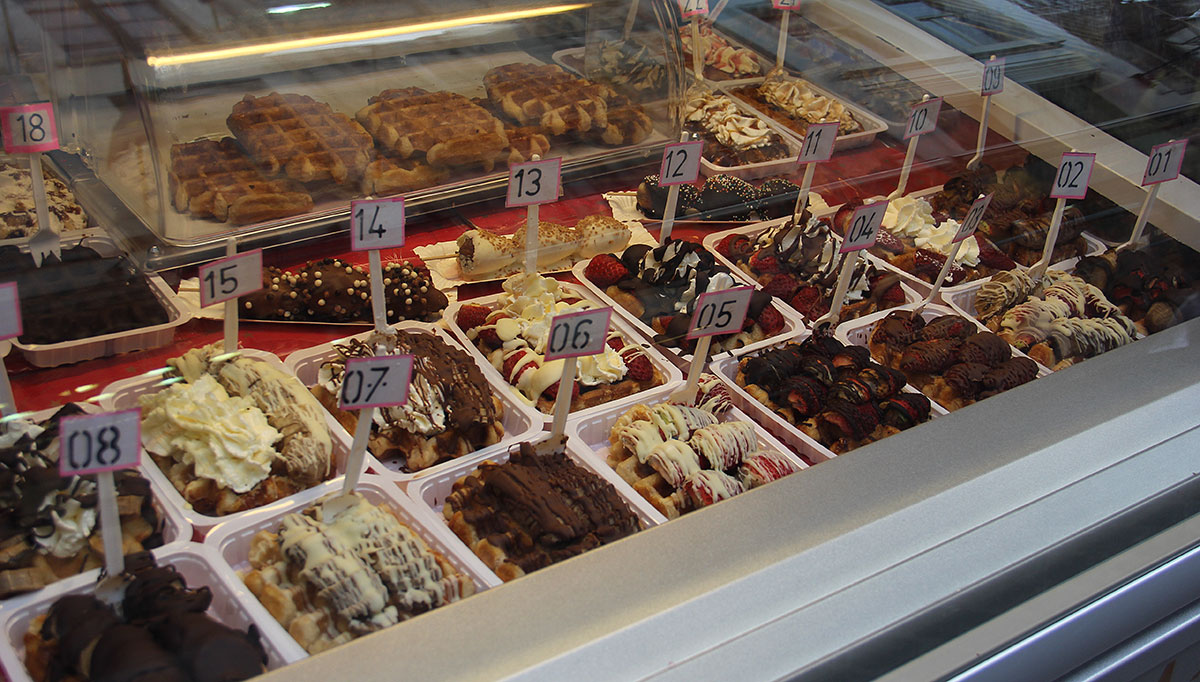 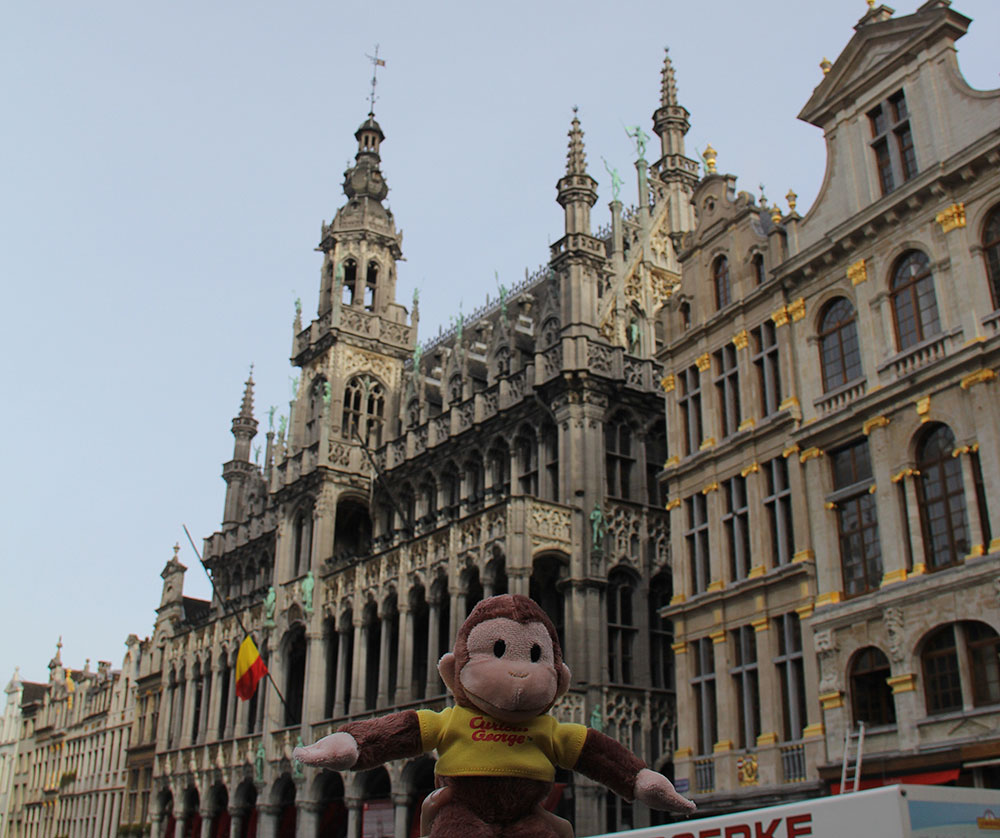 “Curious George Jr.” poses in front of one of the old guild buildings across from Brussels’ Town Hall. It’s a long story. I’ll explain later. (PHOTO BY ERIK TRYGGESTAD)