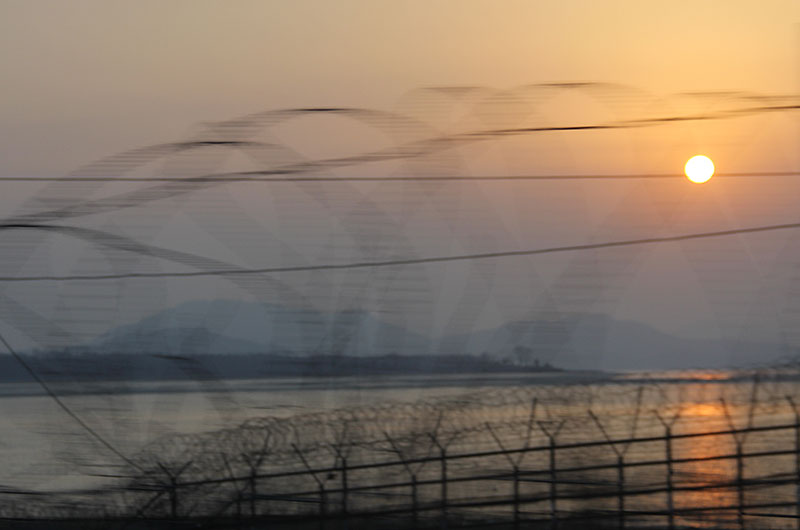 The sun sets over the demiltarized zone that separates North and South Korea. (Photo by Erik Tryggestad)

Blogging live from Seoul, South Korea
Greetings from the Republic of Korea — no, not the Democratic People’s Republic of Korea, a.k.a North Korea. (You have to be an NBA superstar to visit there nowadays.)
I’m in South Korea, on a brief stopover en route to the Philippines, where I’ll join a mission team from Southwest Christian School in Fort Worth, Texas, and survey the benevolence work and ministries of Bread for a Hungry World. 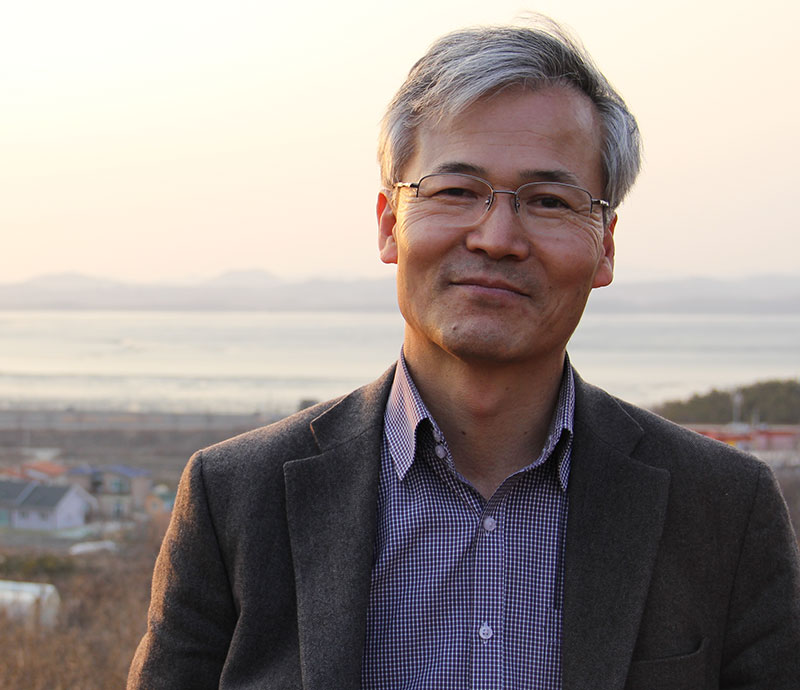 Sang Yang graciously offered to pick me up at the Seoul airport. He gave me a mini-tour of a fraction of this country and filled me in on his ministry. Yang is Korean director of the Bible Correspondence Center, a ministry training program in Seoul associated with Lubbock, Texas-based Sunset International Bible Institute. Yang, whose family moved to South Korea from the north in the days just before the Korean conflict, has an incredible story of hardship and faith — reflective of his country’s struggles and triumphs in the past half-century. I hope to share it soon in the pages of The Christian Chronicle.
A week before, about 6,800 miles east of here, I listened as U.S. church members discussed ministry in this nation of nearly 50 million souls.
The College Hill Church of Christ in North Richland Hills, Texas, hosted a day-long Korean Mission Forum. I got to meet Malcolm and Kwihwa Parsley, longtime missionaries to South Korea, and Stephen Wolf, a U.S. serviceman who was stationed here and plans to return with his family to assist churches. The Wolfs currently attends the MacArthur Park Church of Christ in San Antonio.
(I also got to meet a guest speaker at the event — Betty Choate, who served as a missionary in countries including Pakistan, Sri Lanka and India, with her husband, J.C. The couple also founded a publishing company that produces training materials in multiple languages. Betty Choate, a great-grandmother, recently completed an around-the-world mission trip. Read our report.) 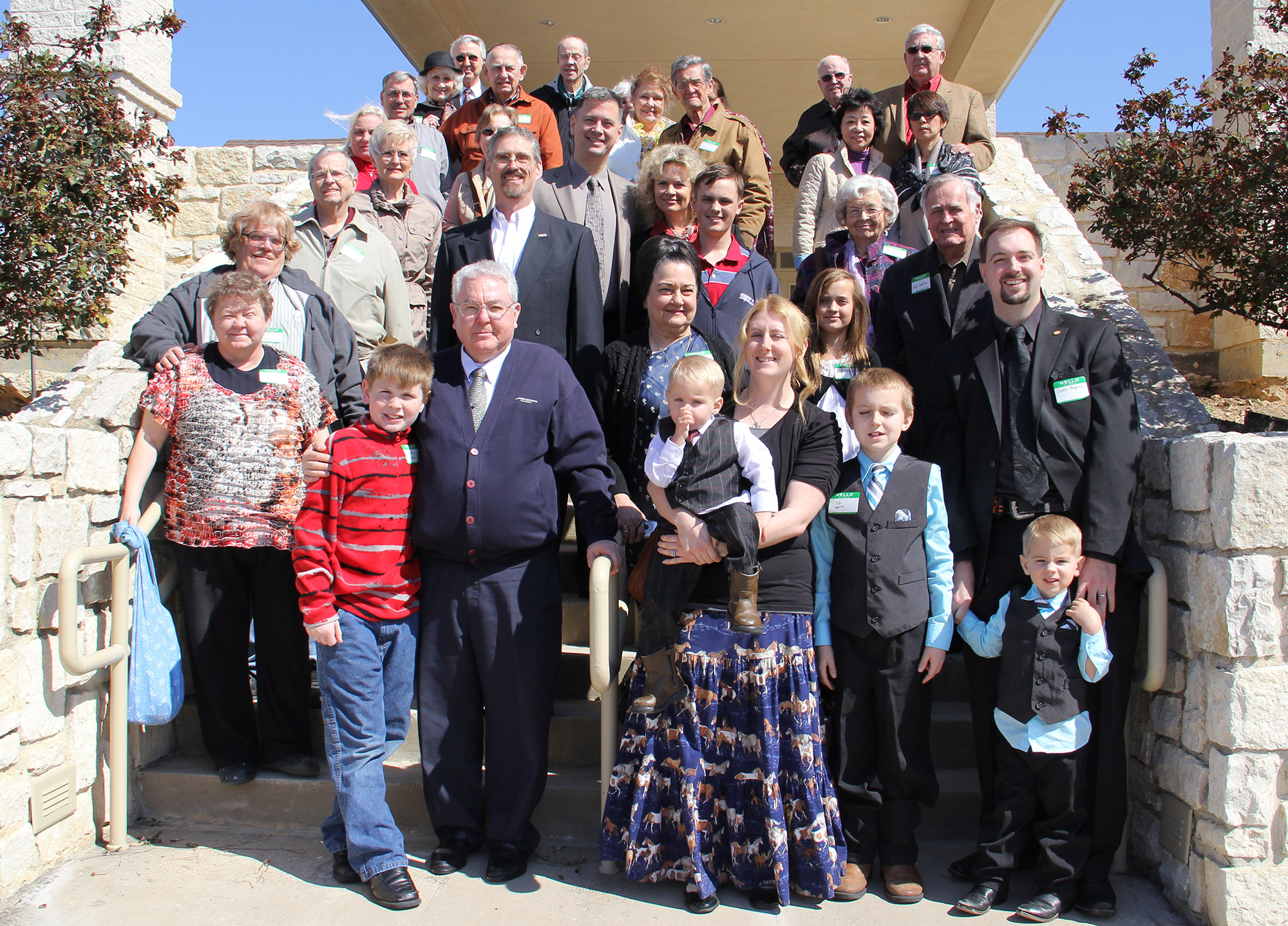 Participants in the Korea Mission Forum at the College Hill Church of Christ in Texas. (Photo by Erik Tryggestad) 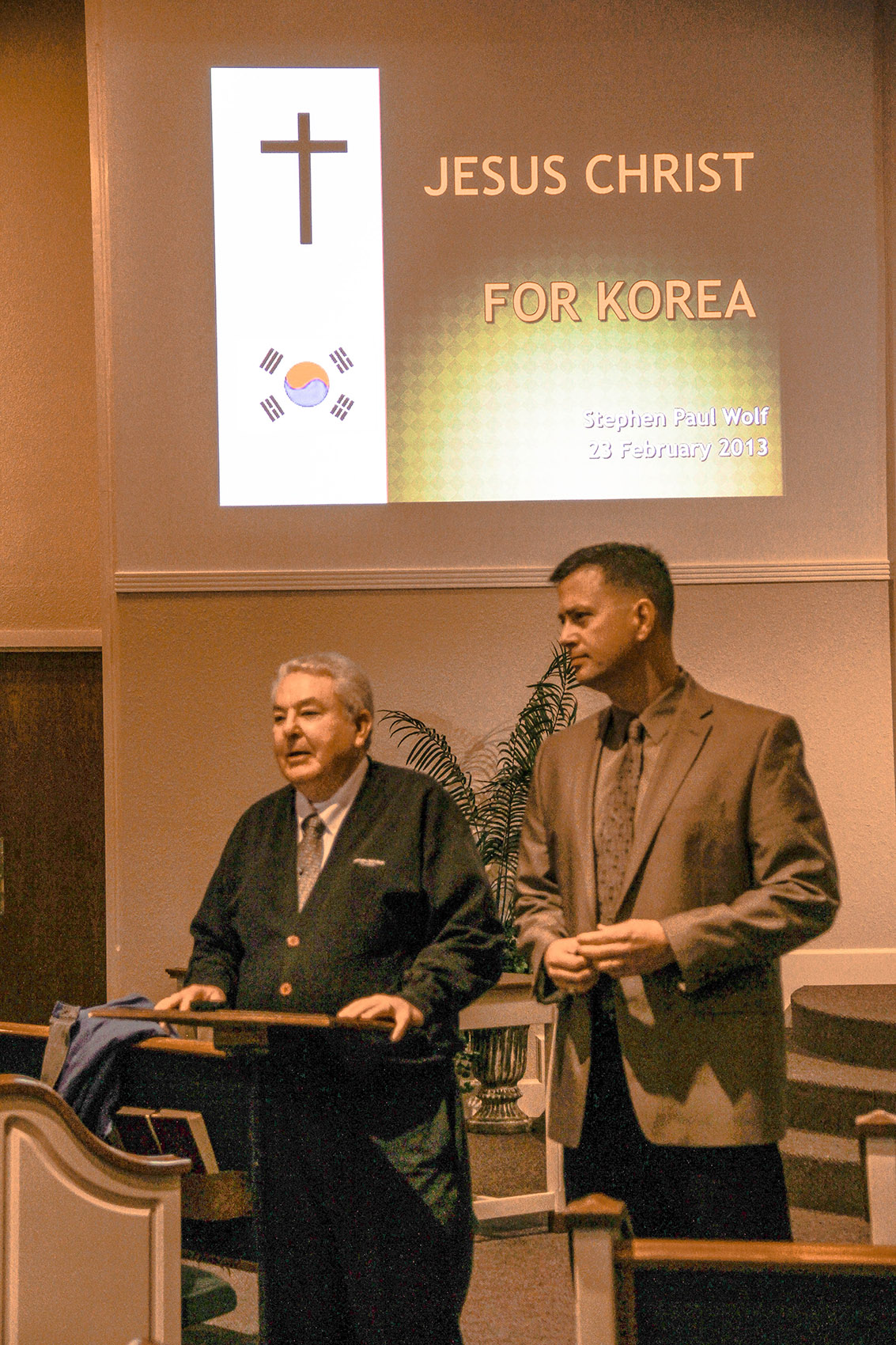 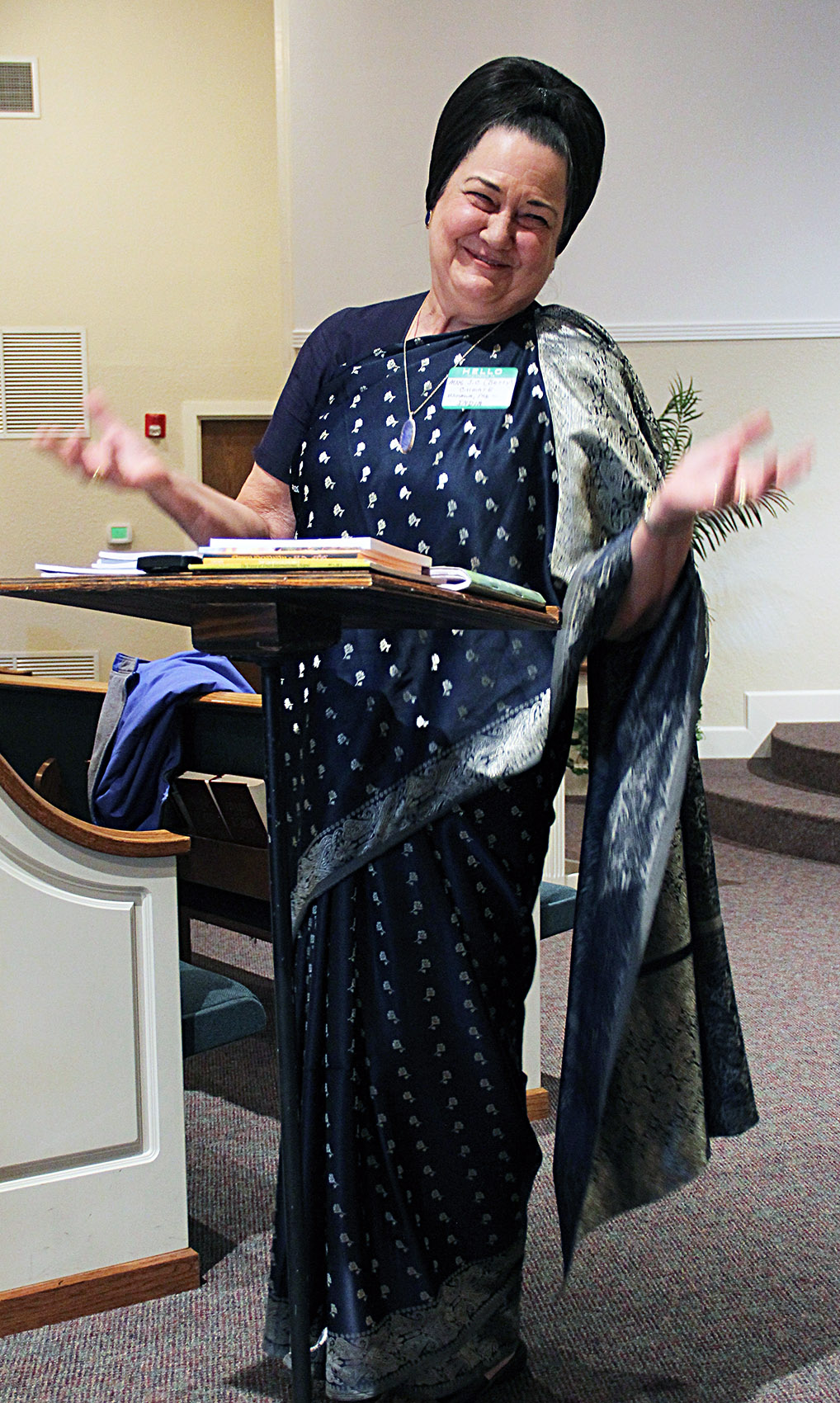