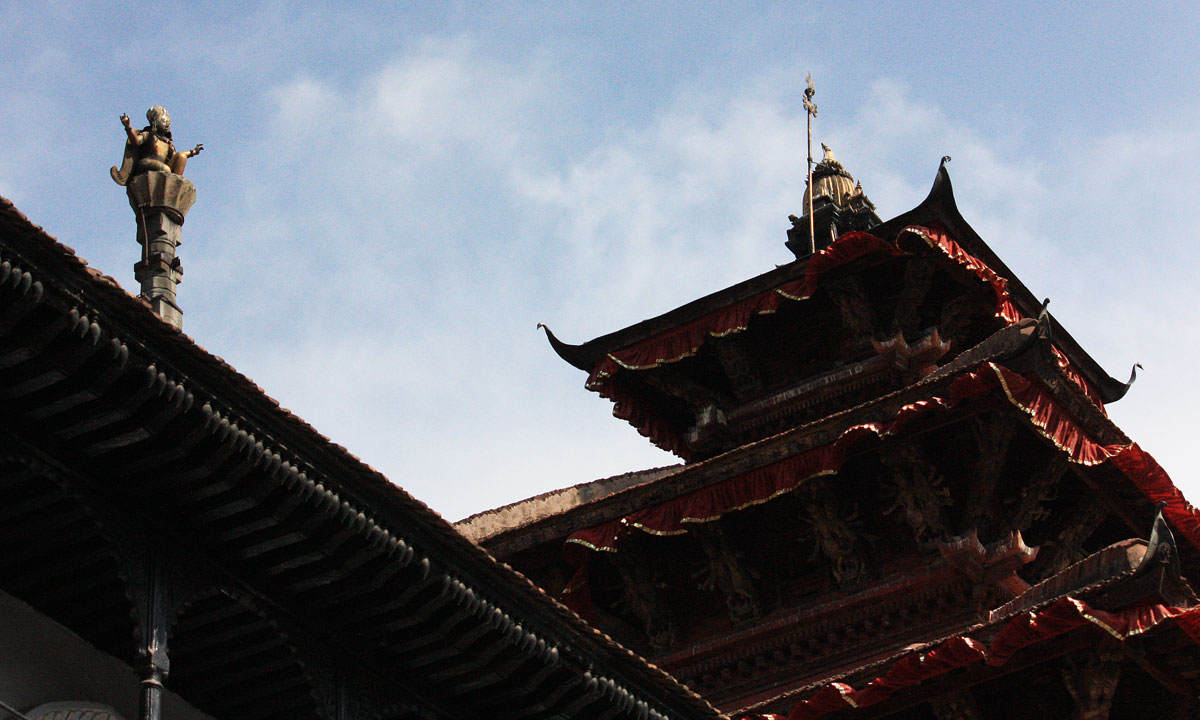 A view of the temples that ring the former home of Nepal’s kings in Hanuman-dhoka Durbar Square in Kathmandu, Nepal. The country was ruled by monarchs for most of its history until it became a republic in 2008. (Photo by Erik Tryggestad)

Blogging live from Kathmandu, Nepal
The first rains of the monsoons are falling outside my window, bringing much-needed moisture to the capital of this Himalayan nation.
In a few hours I’ll board the first of four planes that will carry me halfway around the globe, back home.
I’ve had an incredible week with the Eternal Threads team, seeing firsthand the devastating effects of human trafficking — and what Christians are doing to stop it.
(See my earlier post to learn more about the Red Thread Movement, which supports these efforts.) 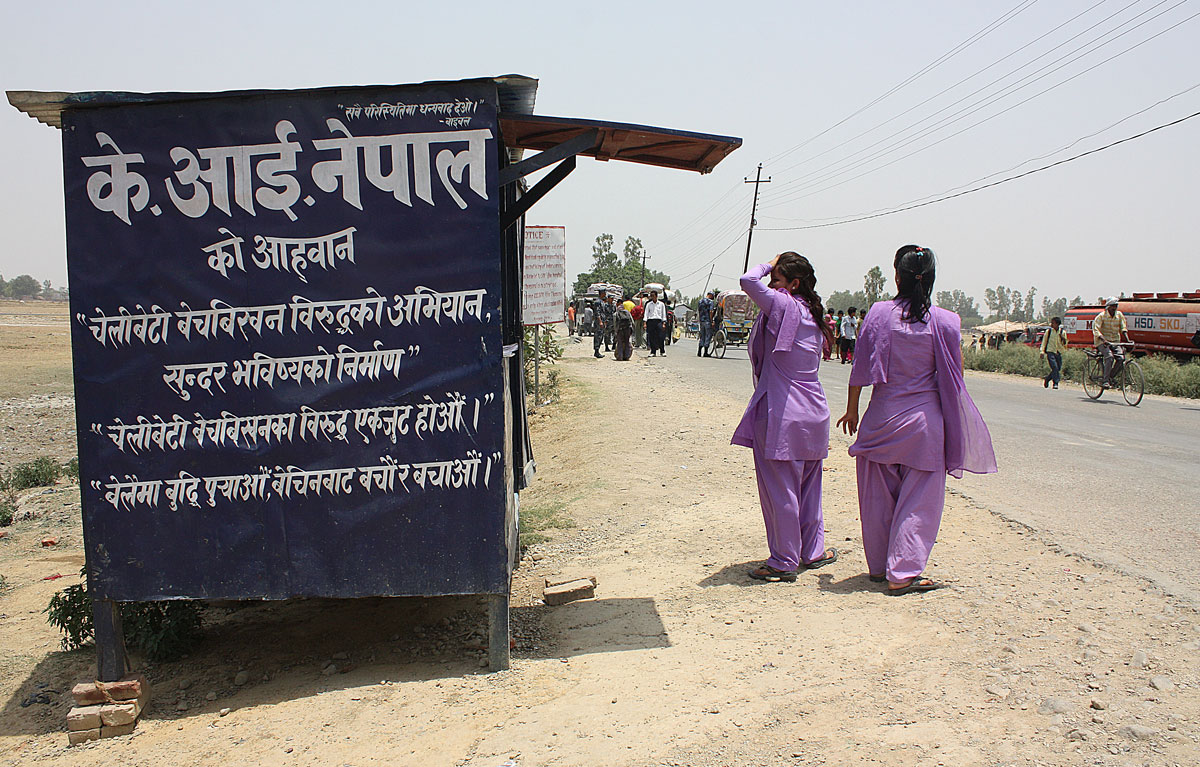 We visited stations near the Nepal/Indian border and watched as volunteers with a nonprofit supported by Eternal Threads scanned the crowds for potential traffickers. We saw them pull young women aside — especially those who looked lost and out-of-place — and ask them detailed questions about their destination.
We saw “safe houses” where girls exploited by the trafficking industry find healing and marketable job skills. We visited sewing centers where girls who might have ended up in the brothels of Bombay learn to run their own businesses, earning a healthy profit and inspiring other young women.
Watch for coverage of this in an upcoming issue of The Christian Chronicle.
It was fulfilling and exhausting — both spiritually and physically. We were told that the temperature in one southern Nepali city we visited reached 43 degrees Celsius. That’s about 110 degrees Fahrenheit. Combined with hour-long power cuts to a hotel air conditioner, it’s a recipe for rankness.
I washed away some of my sweatiness at the beautiful Fish Tail Lodge in Pokhara. Then I flew back to our point of entry, Kathmandu, for Bible study at the Kamal Pokhari Church of Christ.
The 25 believers who filled the church’s small meeting space talked about their journeys of faith and the persecution they’ve endured for their beliefs.
Their stories are inspiring. I hope to share them soon as well. 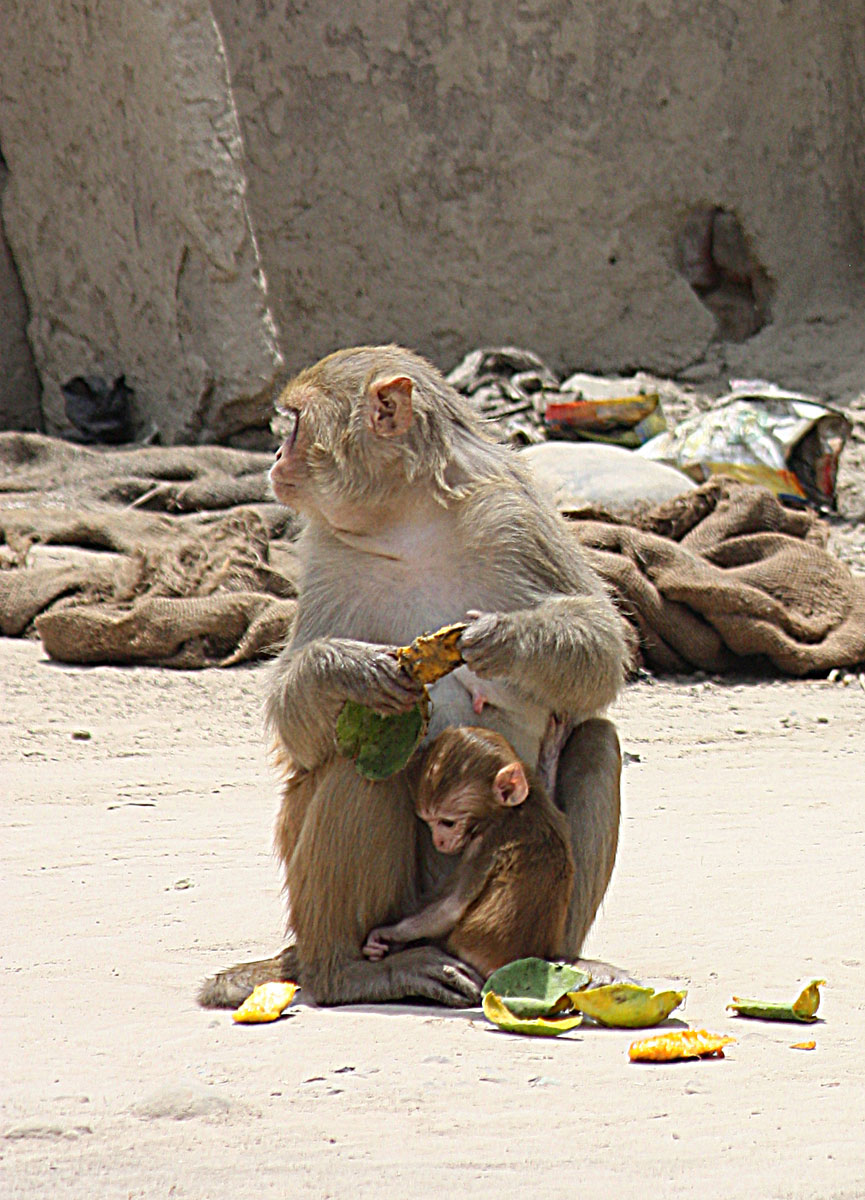