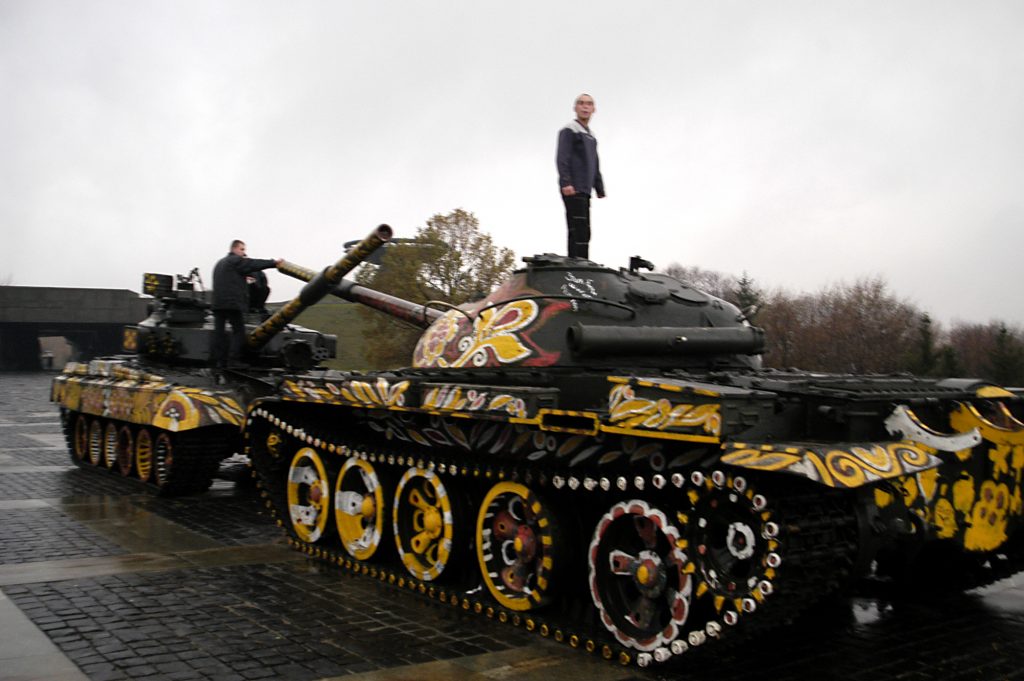 In troubled Ukraine ‘Christianity is the greatest treasure we have’

Erik Tryggestad remembers travels and stories of faith in the Eastern European nation. 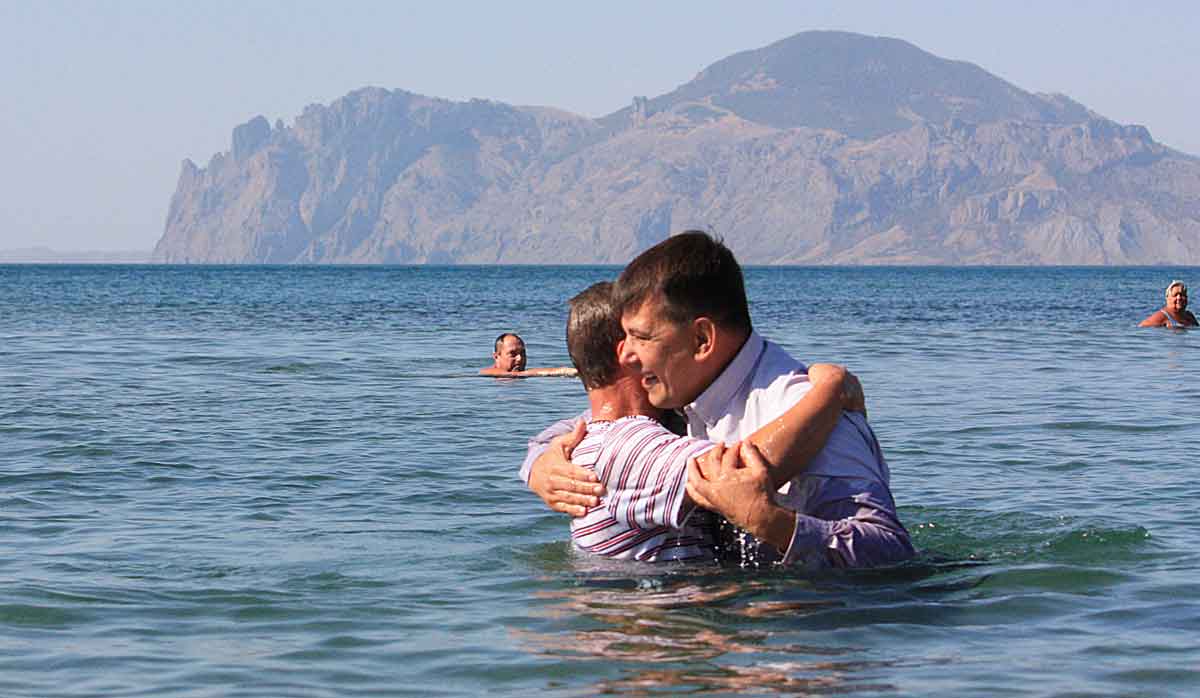 Sasha Prokopchuk baptizes and hugs a Bible student in the Black Sea during a 2011 conference in Crimea — a semi-autonomous peninsula in Ukraine where protestors recently seized government buildings and raised the Russian flag. (PHOTO BY ERIK TRYGGESTAD)

For the past 12 years, one of my main goals at The Christian Chronicle has been getting American Christians to care about what happens to believers in the rest of the world.

I rejoice when our readers respond to our international coverage — praising the work of God in the farthest reaches of the globe. I lament that we don’t get to hear more from these far-flung places (which are only far-flung if you don’t live there).

Unfortunately, we tend to hear about these places only when natural or manmade disasters occur.

Recently, three countries I have visited in the past three years have fallen into these categories.

When I hear the names of these places — Ukraine, the Philippines and South Sudan — I remember long, bumpy journeys in hot, crowded cars and treacherous boat rides over choppy seas. I remember the local cuisine — sometimes fondly.

Most of all, I remember the faces of followers of Christ, praising God in languages I don’t speak. But the humble, faith-filled spirit these believers exhibit needs no interpretation.

We have posted stories about South Sudan and the Philippines and are receiving updates. Look for them soon.
Prayers for Ukraine
By now you’ve seen video of the demonstrations that resulted in death and injury in Kiev, the capital of this Eastern European nation.

I pray for peace as this nation of 45.5 million souls plots its way forward.

Once part of the Soviet Union, Ukraine is home to a lot of people of Russian heritage, especially in the eastern part of the country — which also has become a hub for Churches of Christ there.

People in the east tend to favor Russia, while people in the western part of the country identify more with Western Europe (though that’s an over-generalization). Recently, pro-European protestors ousted the country’s president, Viktor Yanukovych, who sought closer ties with Moscow. 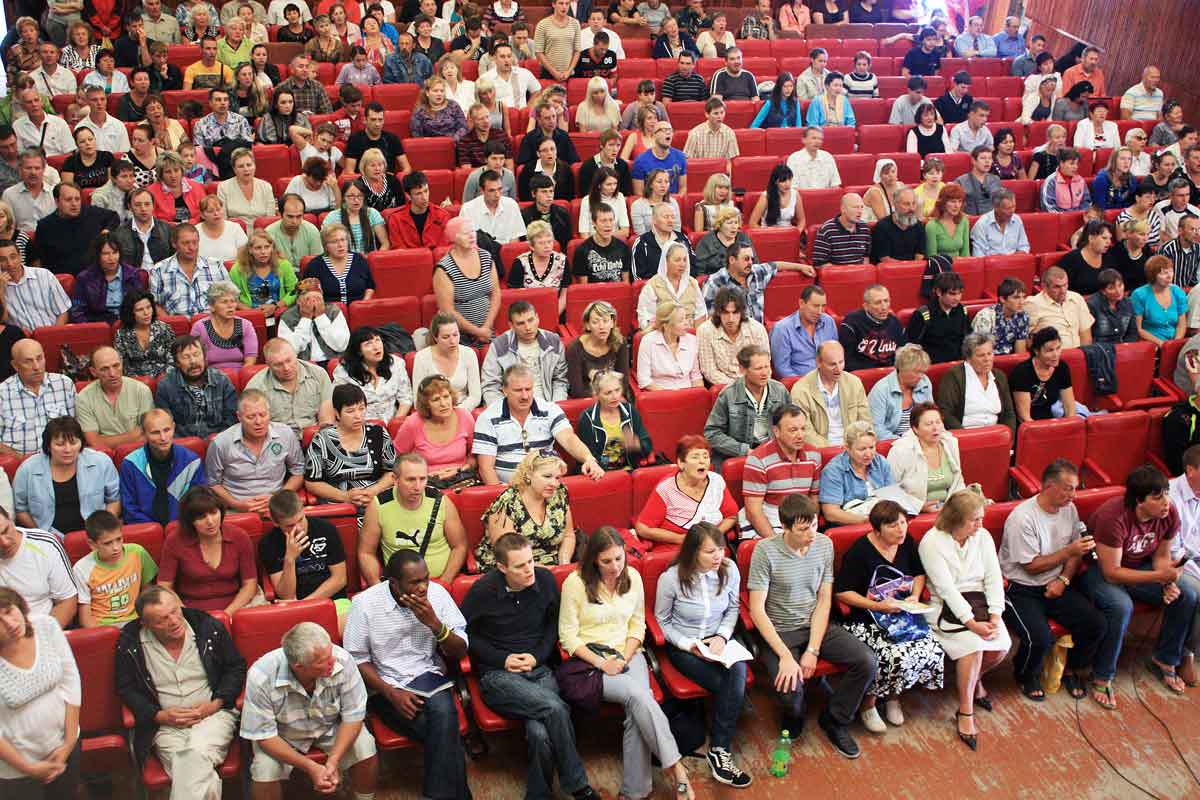 A 2011 church-sponsored conference in Crimea. (PHOTO BY ERIK TRYGGESTAD)

I last visited Ukraine in 2011 with representatives of Eastern European Mission as the church-supported ministry celebrated its 50th year. I attended a church conference in Crimea, the semi-autonomous region of Ukraine where Yanukovych was thought to be hiding. (Recently, masked gunmen seized government buildings there and raised the Russian flag, the New York Times reports.) 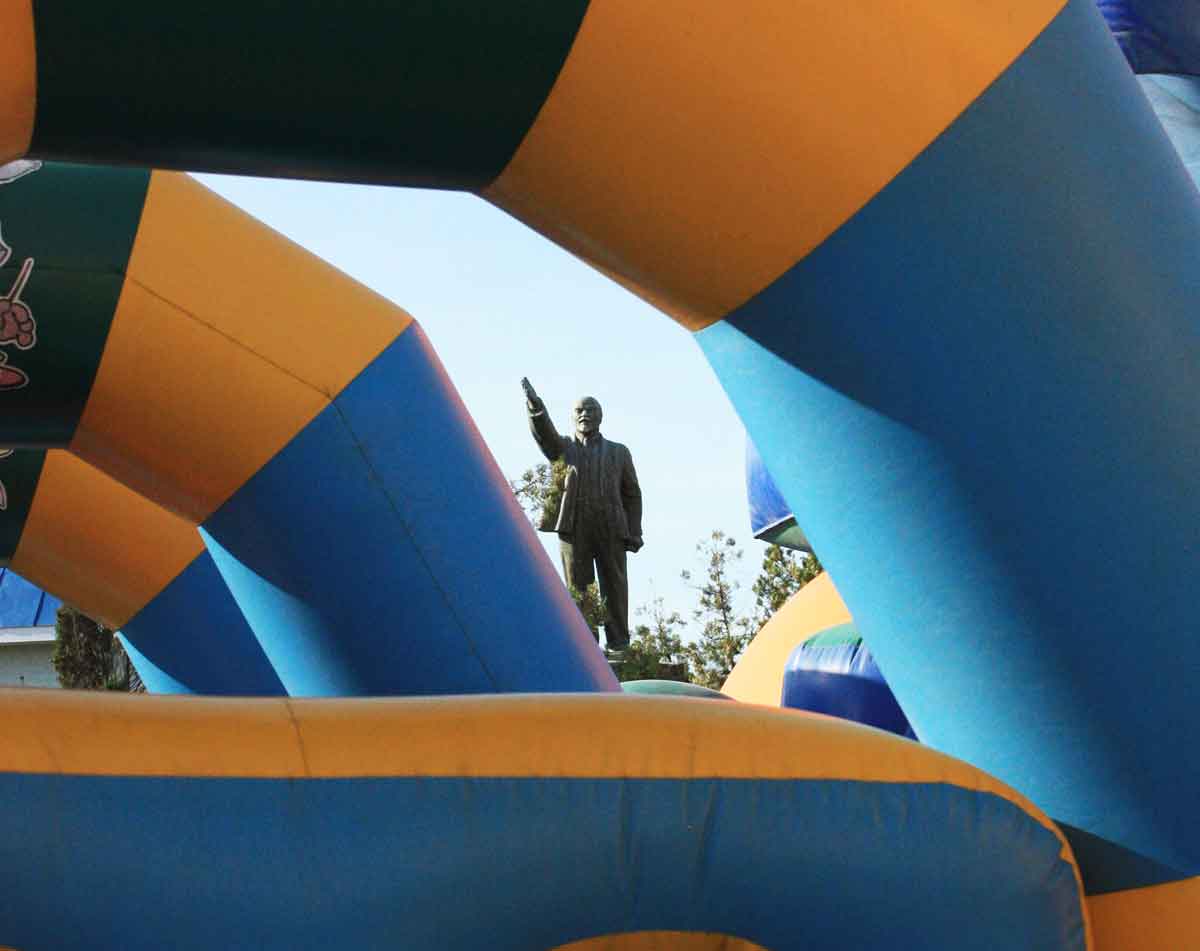 A Soviet-era statue of Lenin peers through an inflatable playground outside a church conference in Crimea in 2011. (PHOTO BY ERIK TRYGGESTAD)

Standing up to my knees in the frigid water of the Black Sea, I took photos as minister Sasha Prokopchuk baptized 11 people — in waters once patrolled by Soviet submarines. It was inspiring. (Here’s my story about the experience .)

After the conference, we traveled to Donetsk, a city in the heart of eastern Ukraine’s “Bible Belt.” There I learned a bit more about Prkopchuk’s outreach to his countrymen and his television ministry. (I also got to see his uniform from when he served in the Red Army.)


Eastern European MIssion has placed Bible and gospel literature in public schools throughout eastern Ukraine and, in 2011, was beginning to work with multiple school systems in the western part of the country. That work continues to expand.

We traveled from Donetsk to the beautiful, western Ukrainian city of Ivano-Frankivsk and visited with school officials there. We found EEM materials displayed prominently in school libraries.

(Nickoli Plaksin, distribution manager for EEM, also introduced me to a local dish called “banosh with bryndza and bacon” that tasted exactly like southern-style cheese grits. I shed tears. It made my top five list of international food experiences.)

The truly moving part of the visit, however, happened at Public School No. 11, where we met a high school academic team that had recently won a nationwide competition that tested their Bible knowledge. (Yes, this was a public school.)

I can’t forget the words of one of the students, Ihor Kozak, quoted in the story I wrote about the trip.

The academic team at Public School No. 11 represents the first generation of Ukrainians to grow up entirely free of the Soviet Union.

Despite decades of communism, the people of Ivano-Frankivsk kept their faith close to their hearts — and instilled its value in their children.

“We know that Christianity is the greatest treasure we have,” says Kozak, 17, one of the team members. “Now the people of Ukraine can believe in the God they want. After 70 years, people want to believe in the Master who loves us.”

After meeting the students, Nickoli Plaksin, a Ukrainian church member and distribution manager for EEM, beams with pride.

“That’s the future of my country,” he says.

Now that future seems uncertain. I pray that peace will prevail — and that Kozak and his classmates will have the freedom to live out their faith.