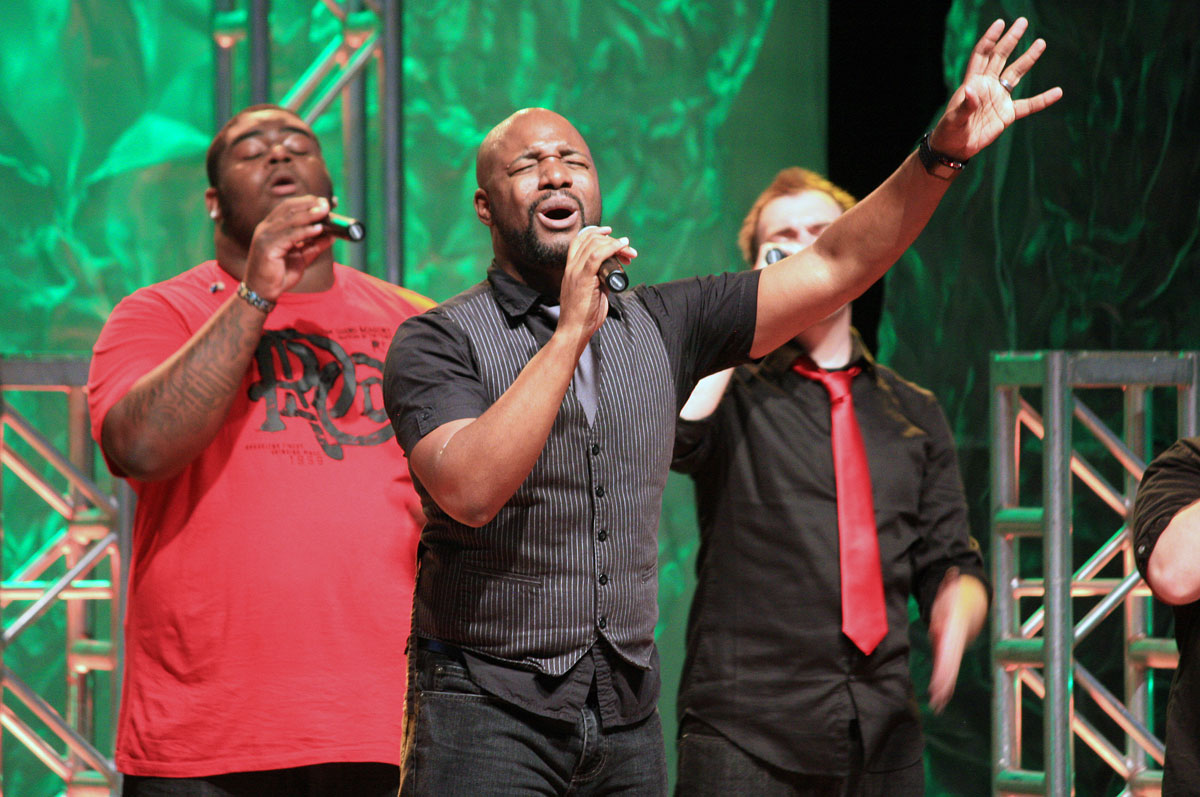 Robin Brannon sings with the current lineup of Acappella during Acafest 2012 at Lipscomb University. (Photo by Erik Tryggestad)

Blogging live from Nashville, Tenn.
Somebody hashtagged the bison.
If you’re an alumnus of Lipscomb University, you know the bison statue I’m referring to, right in front of Collins Alumni Auditorium. It’s a school tradition for students to — somewhat secretly — paint the bison several times during the school year. When I was editor of the student newspaper, The Babbler, the staff and I took stacks of back issues and paper machéd the bison.
Looked pretty cool, until it rained.
Now, sadly, the Babbler is gone, replaced by something called Lumination network. And my beloved bison is adorned with the characteristic “#” sign — a hashtag advertising one of Lipscomb’s summer youth programs. (Watch for Bobby Ross’ upcoming story about the #Hashtag video youth series.) 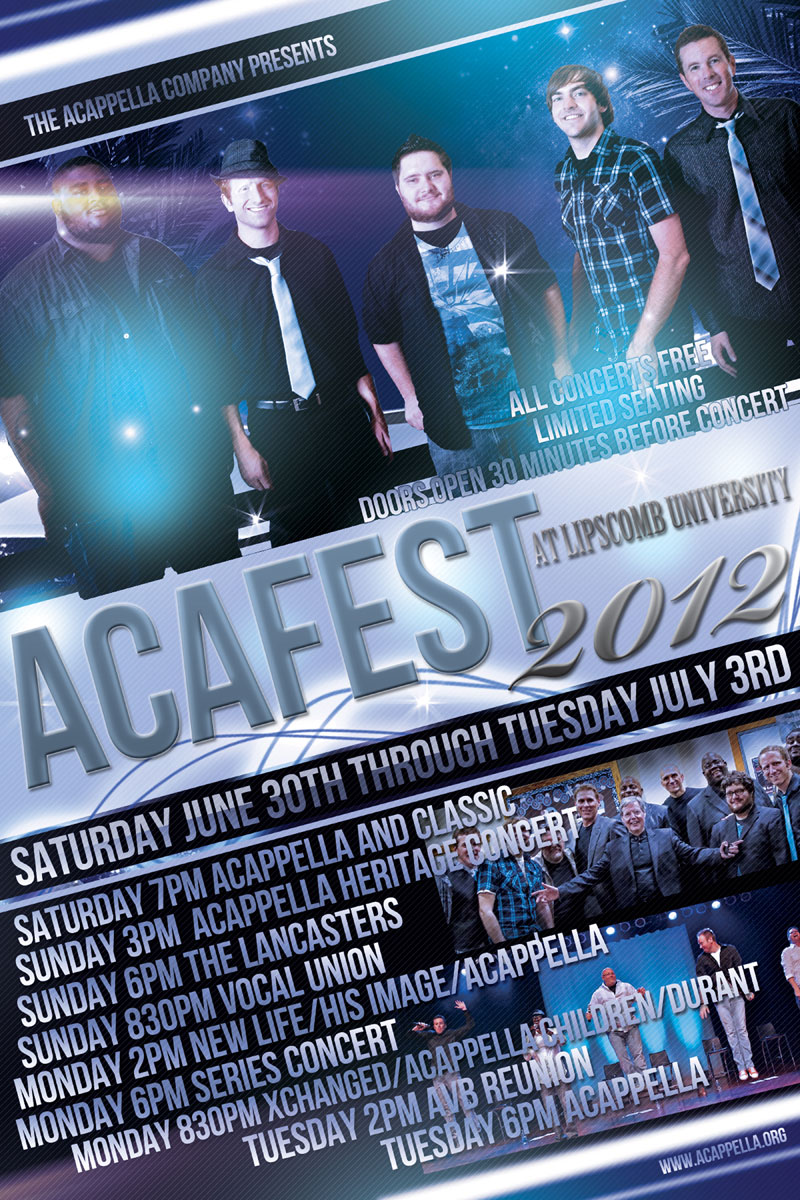 Makes me feel old.
It’s hard to believe that 20 years have passed since I first sat in Collins auditorium as a freshman at Lipscomb. There were no hashtags — or blogs — back then, and we all took turns checking our e-mail on four PCs in the Sewell Hall lobby — and we liked it!
Speaking of “back then,” 10 years before I arrived at Lipscomb, Keith Lancaster formed a quartet of men “with a mission to communicate gospel truths through music.”
The group, first called His Image Quartet, is now known as Acappella. Members of the group, past and present, are on Lipscomb’s campus this week to celebrate 30 years of vocals-only gospel music.
Acafest 2012 began with an “Acappella and Classic” concert including original members of the group and continued with an “Acappella Heritage Concert” in Collins auditorium featuring the group’s current lineup, plus special appearances from past members — including bass vocalist Rodney Britt.
(Here’s Britt leading an all-bass rendition of “Roll Jordon Roll.”)

The concerts continue through July 3 and coincide with Lipscomb’s Summer Celebration lectureship. “Beginning Now! God’s First Words from Genesis” is this year’s theme. The lectureship began July 1 with keynote speaker Buddy Bell, minister for the Landmark Church of Christ in Montgomery, Ala.
The lectureship, which also continues through July 3, features keynoters Jason Bybee, Don McLaughlin, Patrick Mead and Harold Redd.
During the Acappella Heritage Concert, the group showed its video for a new version of “Water from the Well.”

The video, which includes footage from Africa, makes an appeal for support on behalf of Oklahoma Christian University’s student-let Wishing Well project. (Unfortunately, the links on the video’s YouTube page don’t work, but this one does.)