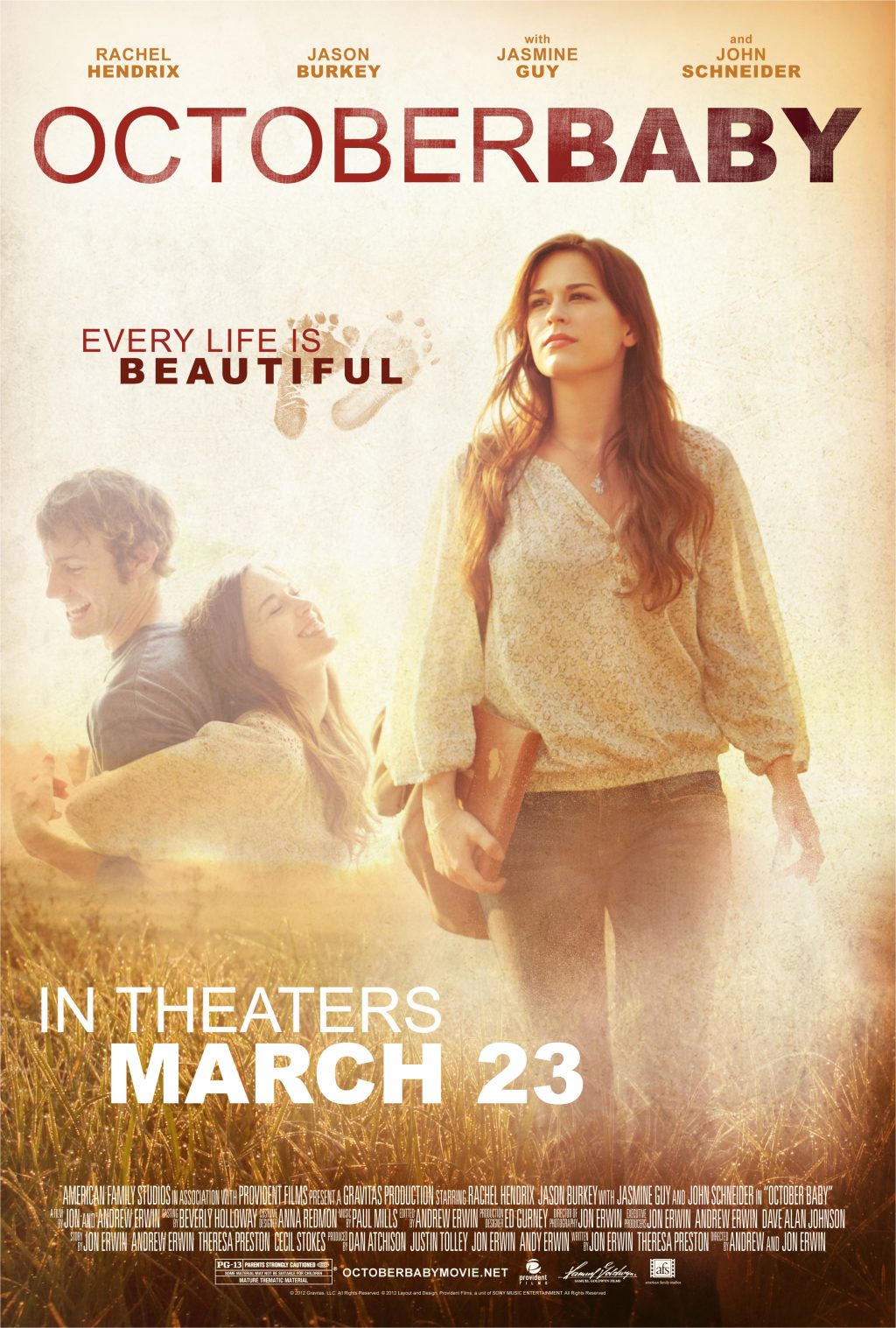 
Comedy, romance, mystery and … abortion?
A new film by the producers of “Courageous” and “Fireproof” wraps these elements together — though not always seamlessly — as it addresses one of the most controversial issues in U.S. politics and religion. 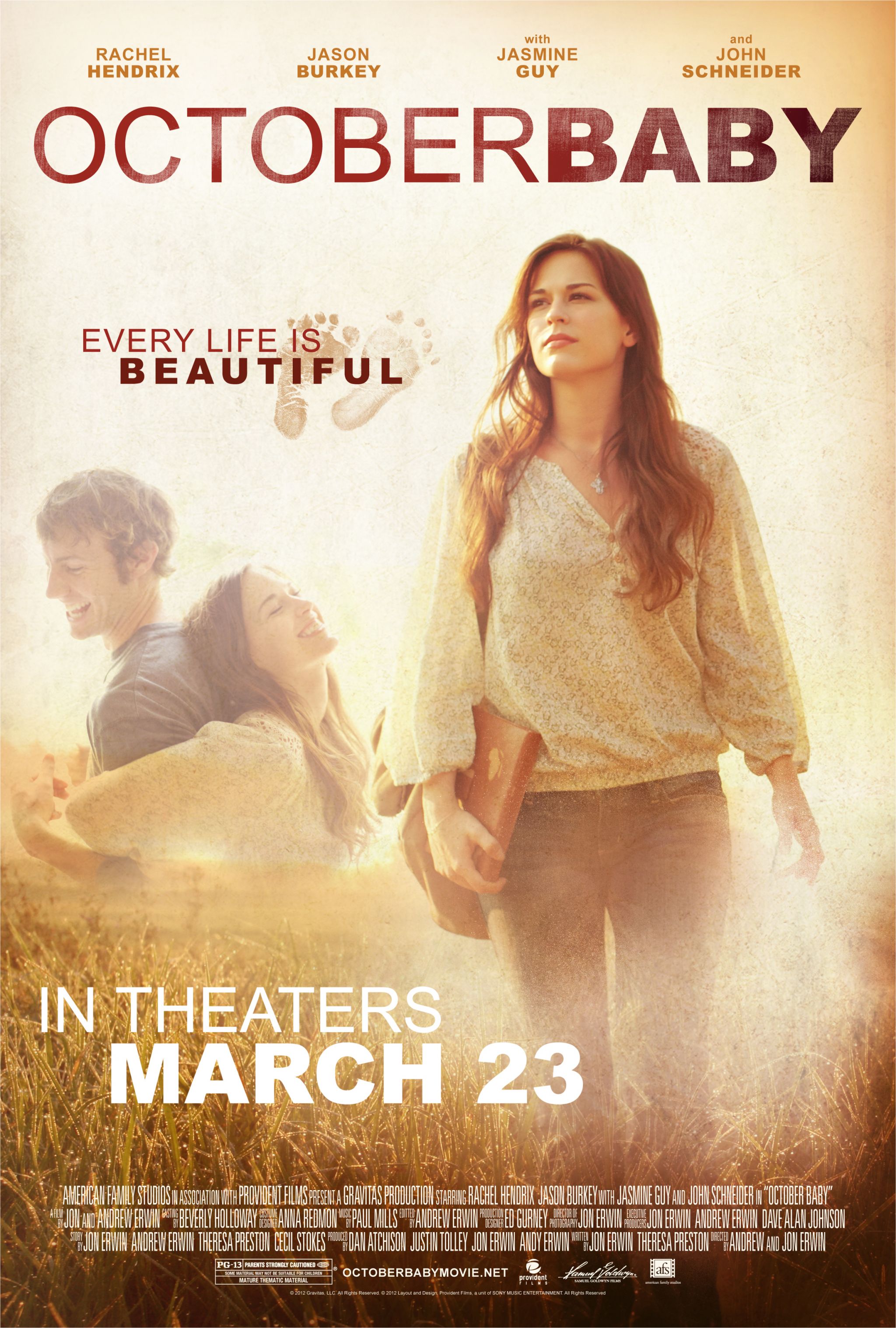 The new film, “October Baby” is a positive contribution to a national problem — a way to approach abortion without politicizing it or condemning anyone. Life is hard and complicated, the film says. We all make mistakes. But God forgives those who ask, and so too must we forgive.
The film opens in 378 theaters across the country March 23. (Find a theater showing the film.) It is rated PG-13, as sex is mentioned and a traumatic birth is described somewhat graphically. Ten percent of the movie’s profits will go to the Every Life is Beautiful Fund, which will distribute funds to “organizations helping women facing crisis pregnancies, life-affirming adoption agencies and those caring for orphans,” according to the film’s website.
Though the abortion rate has stalled in recent years, about one in five pregnancies ends in abortion worldwide, according to studies by the Guttmacher Institute and the World Health Organization. In the U.S., that’s about 1.37 million per year. Because these procedures are legal and, in many circles, acceptable, Christians often feel helpless in combating the issue, what many have called America’s genocide.
“October Baby” attempts to narrow the scope of the abortion debate by magnifying its impact on one life. The movie tells the story of Hannah, a 19-year-old college student who discovers that her parents adopted her after her birth mother tried to abort her. Inspired by the life of abortion survivor Gianna Jessen, who now speaks on abortion internationally, this film has a beautiful, important message.
The film opens with Hannah’s health problems taking center stage in her life (literally — she’s starring in a school production). Her parents explain the cause of her seizures, asthma and surgeries as a baby — she survived an abortion. This life-changing revelation prompts Hannah (played by newcomer Rachel Hendrix) to go on a quest for her identity.
But this is a modern-day college student on spring break, so the characters call it a road trip. Hannah’s trip includes a few college-student hijinks (several provided by memorable “American Idol” contestant Chris Sligh), multiple encounters with police, a burgeoning romance and, finally, a meeting with her birth mother. 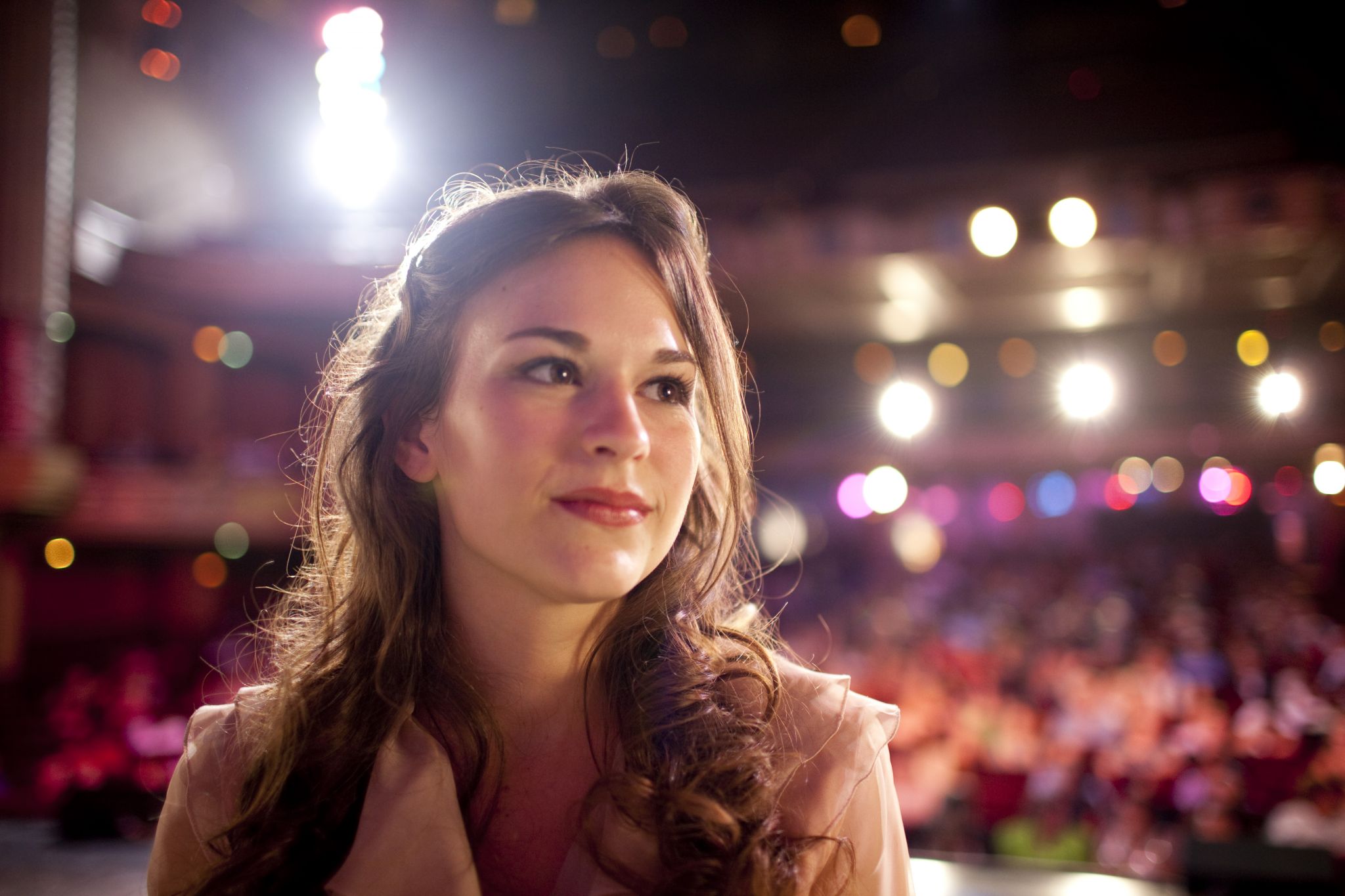 Hannah (Rachel Hendrix) prepares to face her audience for a school production in “October Baby” (Photo via octoberbabymovie.net)

Some awkward transitions from romantic comedy to soul-searching drama mar a few of the movie’s most moving scenes. The film’s form of spirituality also is problematic. There are a few oblique references to faith in the script. Then, at the end of the film, its message is wrapped up by a Catholic priest — who seems to appear in the film only to deliver the message.
Despite these shortcomings, “October Baby” succeeds in much the same way that “The Diary of Anne Frank” does. The Holocaust took 6 million lives, and abortion has taken more than eight times that amount — 50 million since 1973, according to the Pro-Life Action League. It’s almost incomprehensible.
But focusing on one life — its beauty, complexity and impact — makes this tragedy real. Hannah, who Hendrix plays with a delicate balance of fragility and strength, battles physical sickness and mental insecurity. Her life matters, though she nearly was denied life because of her mother’s choice.

States, lawyers and legal scholars are continuing to evaluate the…