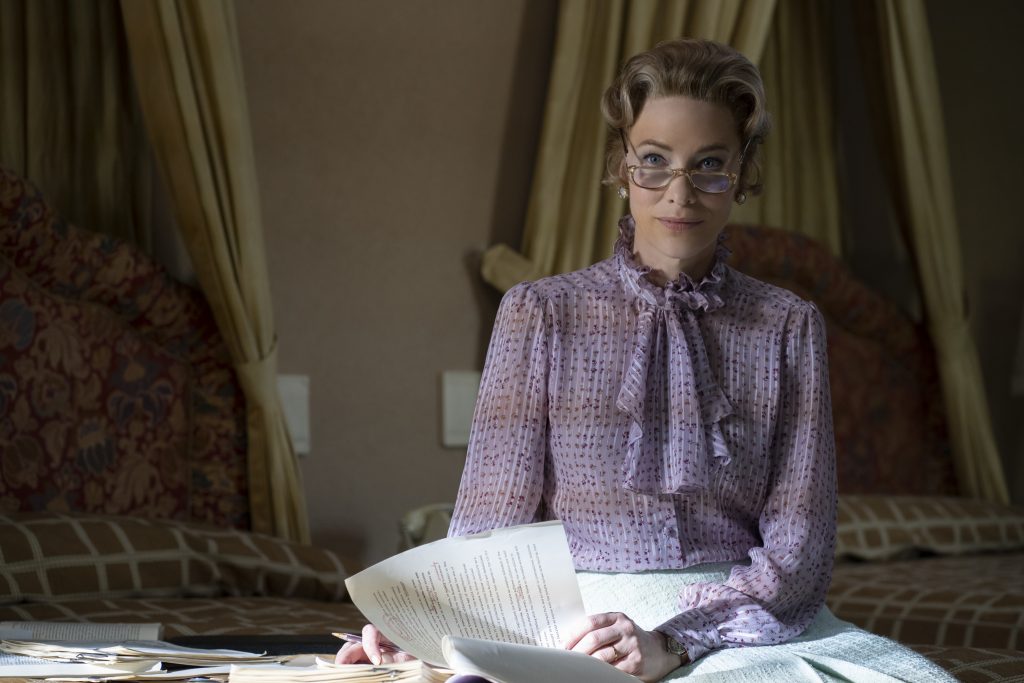 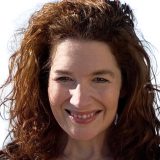 Had it not been for my culturally attuned college senior of a daughter, I likely never would have found the made-for-television miniseries “Mrs. America.”

Had it not been for me, Kendall might never have known the extent to which some of the women portrayed battling over the Equal Rights Amendment had ties to Churches of Christ.

Attending classes from home since March, Kendall — a history major at Pepperdine University who is especially interested in women’s issues — suggested when the series debuted in mid-April that we watch together. We did, and I’m glad (even though it meant a long week’s wait between installments).

“Mrs. America” captured the media’s attention and imagination well before its release with its A-list cast of formidable female actors. The FX Original Series has nine parts and is available on the subscription service Hulu.

Cate Blanchett is an executive producer and also stars as Phyllis Schlafly, a Catholic housewife and mother of six from Illinois. Schlafly’s political ambitions are at odds with the image she cultivates as she works to defeat the Equal Rights Amendment and usher in a period of conservative policy.

This is not a historical narrative, but a drama. To emphasize that, each episode begins with the message, “This program is based on actual events that occurred during the political struggle and debate over the Equal Rights Amendment. Some characters in the program are fictional and some scenes and dialogue are invented for creative and storyline purposes.”

It is up to the viewer to discern fact from fiction (and doing so may lead to a stack of books on one’s bedside table for near-unlimited further reading, as I can attest).

The first episode, “Phyllis,” launches us directly into her eponymous — and at times paradoxical — existence.

Set in 1971, the show opens with the 47-year-old modeling a two-piece, star-spangled swimsuit at a mostly male, Republican fundraiser. While still stinging from a Congressional defeat in Illinois’ 23rd District the previous year (her second loss), it’s clear that she’s not throwing in the political towel quite yet.

“You have a nice home here,” her husband Fred (John Slattery) says to her later as they discuss her desire to run for office a third time. “You can do whatever you like: write books, your newsletter, give lectures.”

Phyllis counters, “In Congress, I would have influence.”

Influence is the central theme of “Mrs. America.” Who has it? Who wants it? Who deserves it, and at whose expense?

The issues of the ERA, as well as issues of racial inequality, sexual harassment and social injustice also are  woven into the backdrop. 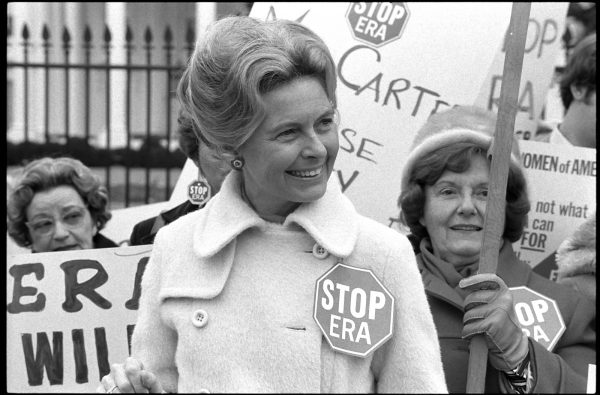 Activist Phyllis Schlafly wearing a “Stop ERA” badge, demonstrating with other women against the Equal Rights Amendment in front of the White House, Washington, D.C., February 4, 1977.

Phyllis ultimately found influence — only not in elected office. Through her monthly newsletter, a syndicated newspaper column and a total of 26 books, she became known to many as the preeminent female conservative voice in America. She is credited in some circles as the reason Republican Ronald Reagan was elected president in 1980. That event is where the series ends.

As we weave through the episodes, most spotlight a single main character — revisiting pivotal times in their past. For Steinem, this includes an unplanned pregnancy during early adulthood. (Steinem’s history is well-documented, but I’ll refrain from mentioning other examples.)

The series shows how each woman became politically involved and how their lives intersect, in some cases. Most of the characters were real, but one notable exception is Alice McCray, a personal friend and confidant of Phyllis played by Sarah Paulson.

Their victories, defeats, excesses and foibles ultimately help us to identify with them as humans and not just resign them to pieces in this complex era’s historical puzzle. Those moments also show how difficult it must have been to have been a significant other, a parent, child or friend to one of these strong-willed women.

The series’ supporting cast is riddled with one-note characterizations, which is disappointing. Among those is  Lottie Beth Hobbs (Cindy Drummond).

A 1943 alumnus of Abilene Christian University, Hobbs was honored with a Citation Award by the university in 1977. Hobbs and Schafly shared a background working in the defense industry, and the two women ultimately joined forces in the fight against the ERA under Schafly’s Eagle Foundation. Hobbs never married nor raised children but found her niche in family issues. She wrote, spoke and taught on related subjects for most of her life.

In the series, we meet Lottie Beth in the sixth episode. Looking to expand her conservative base beyond her own region and religious sphere, Phyllis hears about Lottie Beth, her movement (Women Who Want to be Women) and her expansive mailing list of evangelical women. Phyllis covets that list and travels with a small entourage to Fort Worth, Texas, to pay Lottie Beth a visit and charm it out of her.

The scene is as stereotypically Texas as they come. Country music twangs as the camera pans across a dusty room stuffed with trophy game perched atop tables and mounted on walls. There’s iced tea (presumably sweet) offered in a honeyed drawl that touches alternately on racist organizations, guns and violent depictions of abortion. A one-on-one meeting between Phyllis and Lottie Beth takes place later in a hunting blind.

I knew this imagery too well: An outsider’s attempt to tie Lottie Beth with Churches of Christ. Kendall agreed, and Google confirmed our suspicions. 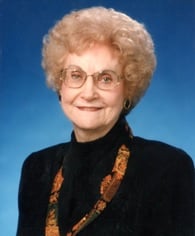 Lottie Beth was flanked by two supporters on the small screen. The credits do not refer to either by name, but one of these women looked remarkably like black-and-white photos I have seen of the tall, short-haired Tottie Ellis of Nashville, Tenn., the wife of Lipscomb professor and longtime minister Carroll Ellis. The other woman may well have been Beverly Findley, of Oklahoma City, the wife of a firefighter who helped launch a Christian school and spearheaded her state’s opposition movement to the ERA.

Lottie Beth was credited in “Mrs. America,” as in life, with the idea of a large conservative rally to run simultaneously and pull attention and attendance from the November 1977 National Women’s Conference at the Sam Houston Coliseum in Houston. The competing event, held across the city at the Astro Arena, billed itself as the pro-life, pro-family alternative, and ultimately the press covered it in tandem.

Ultimately, no further states ratified the ERA after the two conferences. The deadline was extended twice, until the final date in 1982 passed without the needed 38 states approving the measure.

Historians disagree about why the ERA wasn’t ratified before the deadline. Conservatives take credit for its demise, but pro-ERA campaigners said the defeat was due to a confluence of outside circumstances, not the late-game efforts by the opposition.

As for a verdict on the series, I’ve yet to read accolades from any main character still living or any surviving family member featured.

“…through the lens of informed entertainment, I found the series an incredible springboard from which to begin educating myself more about a period during which I lived but was too young to participate or appreciate.”

In a May 9 editorial for USA Today, Anne Schlafly Cori rejected “Mrs. America” and its “fictional” portrayal of her mother. Meanwhile, Gloria Steinem dismissed the premise of the series in a summary piece by the Guardian, calling it “ridiculous.”

Should you decide to dive in, please note the content advisories and language warnings for each episode.

I can’t imagine finding much pleasure in seeing myself, or perhaps my mother, portrayed and dramatized in connection with a divisive social battle, so I’m sympathetic to the criticism from Cori and Steinem.

However, through the lens of informed entertainment, I found the series an incredible springboard from which to begin educating myself more about a period during which I lived but was too young to participate or appreciate.

TAMIE ROSS, a veteran writer and editor, is a former online editor and advertising manager for The Christian Chronicle. She has spent the last several years battling autoimmune disease full time. She lives in Oklahoma City with her husband, Bobby. 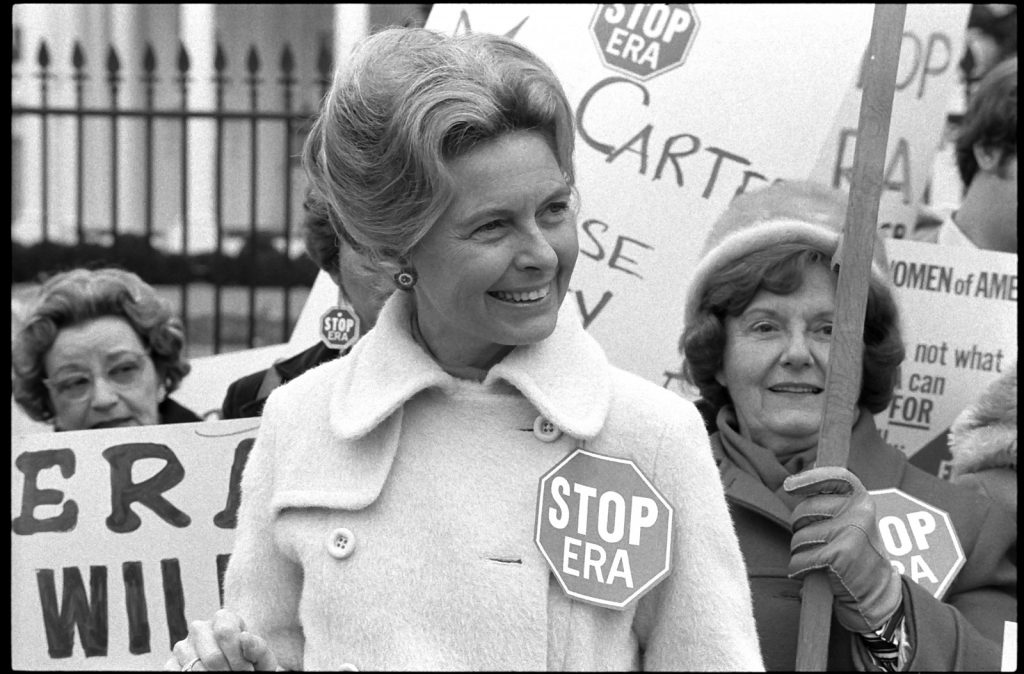 Phyllis Schlafly, the founder of the modern-day conservative women’s movement… 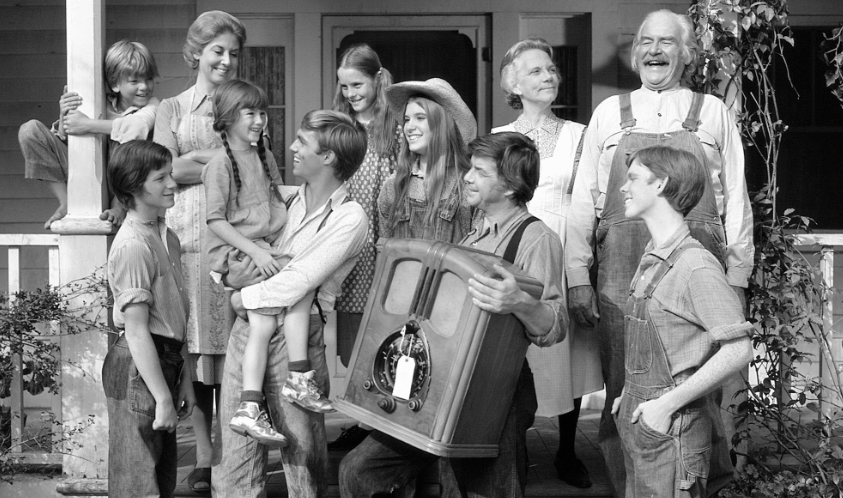 During the pandemic lockdown, I rediscovered “The Waltons” and watched…