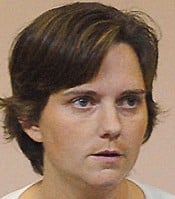 Staff Reports
Mary Winkler’s three daughters were returned to their mother on Friday, her attorney said, ending a bitter custody battle between her and the parents of her slain minister husband.
Rachael Putnam told The Associated Press that Winkler picked the girls up Friday from her former in-laws, Dan and Diane Winkler,  and that the children will remain with her permanently. Dan Winkler is the minister of the Huntingdon, Tenn., church.
Mary Winkler was married to Matthew Winkler, minister of the Fourth Street church in Selmer, Tenn., until his shooting death in March 2006 in the church-owned home where the family lived. She was convicted of voluntary manslaughter in 2007, served five months in jail, two months in a mental health facility and now is free on probation.
The children — Patricia, 11; Allie, 9; and Brianna, 3; will live with her in a home in Smithville, Tenn., which is owned by the miniser of the congregation she now attends, according to published reports. Sources involved with the custody proceedings, which have been ongoing, say the two sides reached an agreement without a court order and that the older girls are enrolled in a neighborhood school, where classes begin this week.
Mary Winkler was awarded supervised visits with the children 11 months ago, after visitation was first granted, then denied on appeal by the Winklers, then reinstated by a circuit court judge. The girls’ grandparents will be allowed visitation under the new agreement, reports say.