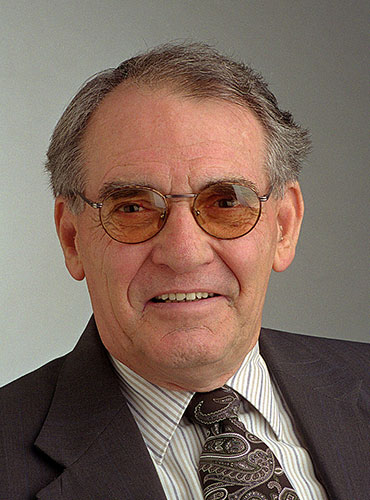 Remembering Glover Shipp — a man who ‘broadened and sweetened our world’

All of these describe our friend Glover Shipp, who served The Christian Chronicle from 1989 to 2001. Shipp, 88, died April 20. The Brentwood Oaks Church of Christ in Austin, Texas, where he spent his final years, hosted a celebration of his life.

I first heard of Glover when a colleague at Oklahoma Christian University came from a World Mission Workshop and announced that he was resigning to go to Belo Horizonte, Brazil, to learn how to do mission work from Glover, who served on a team there.

Insight | Bailey McBride
I learned more about this remarkable man as missionaries who visited him in Brazil returned with his artwork. My house had at least four of his ink drawings of scenes of life from the villages of Brazil. Each showed great attention to detail.

When Howard Norton, a renowned preacher, professor and also a former missionary to Brazil, began editing the Chronicle after it came to Oklahoma Christian in the early 1980s, he brought in Glover to serve as managing editor. Glover barely got moved into his office before he was facing a press deadline. Eventually, he was named an elder of the Edmond Church of Christ in Oklahoma.

He used an advisory group of preachers and church leaders to gain ideas for stories. He asked Lindy Adams to join the staff and concentrate of national news. They worked as a team. Glover relied heavily on Lindy’s national news reporting as he concentrate on international news.

Lindy described Glover as “incredibly diligent and hard-working, totally dedicated to God and service to the church and missions worldwide.” He “possessed an interest in countless interesting and arcane subjects.

“We loved Glover,” Lindy said. “He broadened and sweetened our world.”

Glover and Howard were eager to promote missions in Latin America. I remember hearing their discussions about the importance of balanced coverage. Churches of Christ in the U.S. had focused evangelistic efforts in Europe in the decades after World War II. Both men had pioneered work in Portuguese-speaking Brazil and helped shift our mission focus to include the lands to our south.

Howard was in Brazil when he learned of Glover’s death. Teaching a class in the city of Recife, he said a young man there was visibly shaken because he “had grown up hearing about the great missionary team to Belo Horizonte that had arrived in 1967 and had done so much to preach the Gospel and establish churches in that part of Brazil,” Howard said. “Glover had been a major player in the formation, work and continuing impact of that team.”
When I became the Chronicle’s editor in 1996, Glover was gracious and supportive.

He prayed for me to have the wisdom to guide the paper to strengthen the kingdom. I was deeply moved by his kindness.

I agree with Howard’s assessment of Glover as a true Renaissance man, “a lifelong learner and scholar, a man for all seasons whose motto seemed always to be ‘Here am I! Send me.’”

All of us at the Chronicle extend our sympathies and prayers to his wife, Marjorie, whom he dearly loved, and his children, of whom he was immensely proud.

Most of all, he loved the Lord and the Lord’s church.