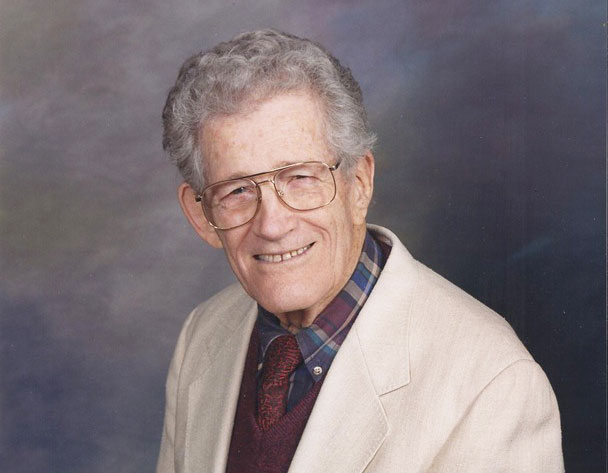 The Christian Chronicle mourns the loss and celebrates the life of one of its own — the legendary Leon Tester.
Tester, 90, died Nov. 8 in Texas.
He began working for the Chronicle as a journalist in 1992 (a job he took up as part of his “retirement”) and made occasional visits to the paper to chat with the staff long after his actual retirement.
He always arrived with a smile and encouraged us to stay the course, reporting news that informs, inspires and unites.
Here’s a bit more about his life before the Chronicle from his obituary:

Leon E. Tester was born April 4, 1922, in Missouri. He spent his early years in Colorado, Idaho, and Oregon, where he attended Cascade College. In 1944 Leon joined the Navy. He married Marion Anderson on August 5, 1949. In the Navy, he worked with guided missiles and at one time was Chief Tester of the Testing Department. After serving fourteen years, Leon felt compelled to dedicate his life to God’s work. He enrolled in Abilene Christian University and received a B.S. and M.A. Later he received as B.S. and M.S. from the University of Minnesota in St. Paul.
The Testers spent eight years as missionaries in Sao Paulo, Brazil, as part of a team. Leon was the chief journalist. They adopted two Brazilian children, Jon and Claude, who later became U.S. citizens, making Leon a proud grandfather of five boys. In Brazil, Leon edited two magazines: Communion Quester and Brazilian Evangelist.

Read the obituary.
Howard Norton, another member of the Sao Paulo team and former editor of the Chronicle, remembered Tester’s.gif?Action=thumbnail&Width=460&algorithm=proportionalt of communication, according to a post on Brotherhoodnews.com:

Not only did he constantly produce materials for the work in Brazil, but he also taught the team members the importance of keeping the brotherhood back in the United States informed concerning what the missionaries were doing in Brazil. He taught his fellow missionaries how to improve their writing and reporting and helped organize them so that there was a regular flow of information from Brazil to Christian journals, supporting churches and individuals in the United States.

Read the full post.
Norton’s wife, Jane, posted a remembrance on Tester’s obituary.
“Marion and Leon were hardworking, compassionate, faithful followers of our Lord until their deaths,” she said. “May their memories live on earth for many years and in heaven forever.”