A reporter looks back on a president who, at times, was bigger than politics — and whose life challenges us to redefine success and be the people God intends for us to be.
Hamil R. Harris

WASHINGTON — The military brass snapped to attention as the honor guard carrying the flag-draped casket of President George Herbert Walker Bush passed by. As the procession moved down the steps of the Capitol, the military band played “My Faith Looks Up to Thee.”

For three days, the political labels, the rhetoric, the egos were silenced — replaced by dress blue, military order, dignity and humanity as America celebrated the life of our 41st president. 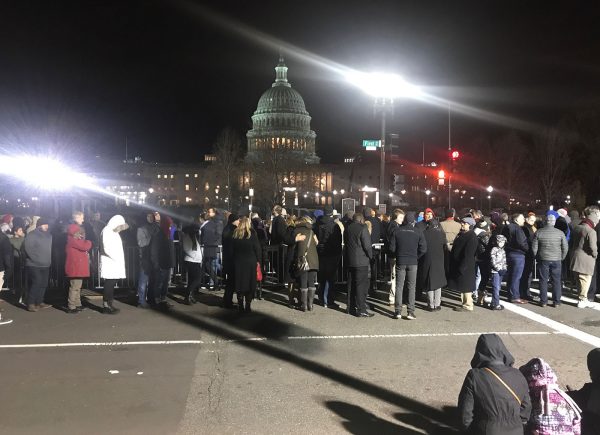 Mourners wait in line to view the casket of former President George H.W. Bush in the U.S. Capitol.

I spent a few hours alongside my fellow Americans as they lined up for the chance to file past President Bush’s casket, placed atop the same base that once held the remains of Abraham Lincoln. I spotted Rep. Shelia Jackson Lee (D-Texas), a member of the Congressional Black Caucus who represents the citizens of Houston — including Bush. She welcomed and hugged people from Texas as they entered the Capitol Rotunda.

Lee said that Bush helped her husband get into the same prep school that the former president had once attended.

“George Bush was a Republican who stood for Republican values,” Lee said, “but he also was a human being who believed in human dignity.” 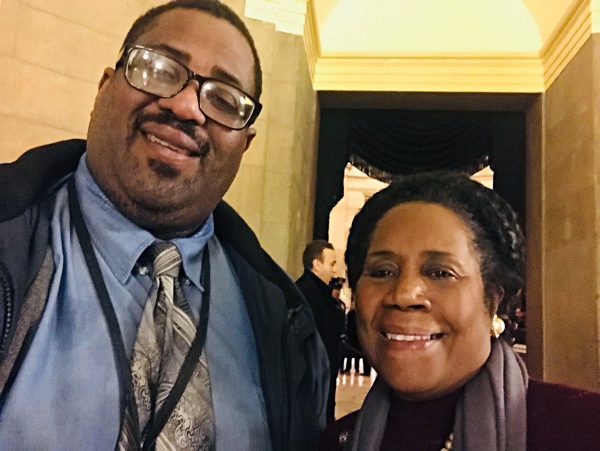 As a young reporter, I wrote about Washington and the Bush White House for the Afro-American newspaper. I covered endless hours of congressional hearings — especially the confirmation of Supreme Court Justice Clarence Thomas. I also wrote about the fall of apartheid in South Africa, the release of Nelson Mandela and the fall and rise of D.C. mayor Marion Barry.

There were issues of race, of course, but the Bush White House seemed bigger than race — and sometimes even bigger than politics.

“George Bush was a Republican who stood for Republican values, but he also was a human being who believed in human dignity.”

During Operation Desert Storm we were a nation united, and the world was with us. I went to the Pentagon every day and asked then-Secretary of Defense Dick Cheney and Colin Powell, then Chairman of the Joint Chiefs of Staff, about the conflict. Pentagon spokesman Pete Williams called on me in the same way he called on reporters from The Washington Post and CNN’s Wolf Blitzer. I never felt that any of these government officials — or President Bush — saw us as enemies.

A few years later I worked for the Post as a reporter covering matters of faith. I attended countless prayer services during the administrations of George W. Bush and Barrack Obama. 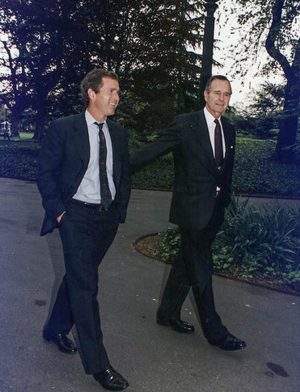 The words of their speeches always stuck with me, and George W. Bush’s speech about his father was no exception.

Of all the losses the elder Bush endured, whether the reelection loss to Bill Clinton (who later became his friend) or the terrible loss of his crew mates during World War II, his son said that the loss that grieved George H.W. Bush the most was the loss of his first child.

“Jeb and I were too young to remember the pain and agony he and Mom felt when our 3-year-old sister died,” George W. Bush said. “We only learned later that Dad, a man of quiet faith, prayed for her daily.

“He was sustained by the love of the Almighty and the real and enduring love of our mom. Dad always believed that one day he would hug his precious Robin again.”

Those words reminded me of the terrible sense of loss I felt, years ago, when my wife and I lost a child that never made it into this world. That shared pain cuts across lines of politics, of denomination, of theology. 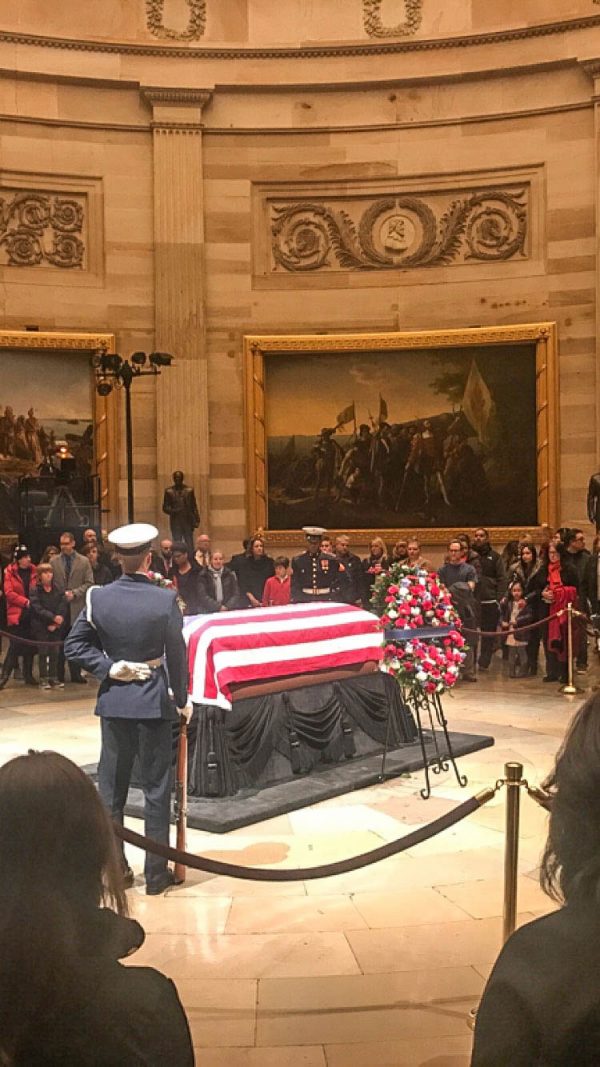 I thought about the lyrics to “My Faith Looks Up to Thee” and the opportunity we all have as Christians to embrace the Gospel and point lost souls to Christ.

While life’s dark maze I tread; And griefs around me spread; Be Thou my guide.

I wanted to attend the funeral, but my son had to go to the emergency room due to some pain complications after his recent surgery. I sat in my car and watched the departure ceremony on my cell phone.

As the Bush family returned to Joint Base Andrews for the flight back to Houston, the band played “Going Home.” My eyes welled up with tears.

Mother’s there ‘specting me; Father’s waiting, too; Lots of folk gathered there; All the friends I knew

I leave you with this excerpt from George H.W. Bush’s inaugural address in January 1989. I pray that now, 30 years after they were spoken, we will resolve in 2019 to take up our president’s charge as part of our mission to be the hands and feet of Jesus:

“We cannot hope only to leave our children a bigger car, a bigger bank account. We must hope to give them a sense of what it means to be a loyal friend, a loving parent, a citizen who leaves his home, his neighborhood and town better than he found it.

“What do we want the men and women who work with us to say when we are no longer there? That we were more driven to succeed than anyone around us? Or that we stopped to ask if a sick child had gotten better, and stayed a moment there to trade a word of friendship?” 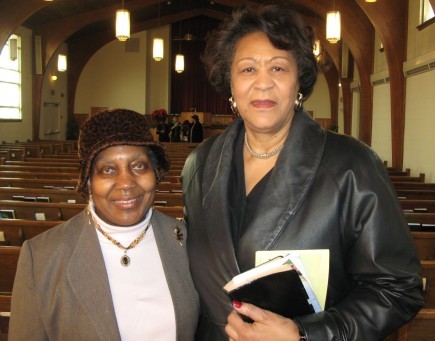 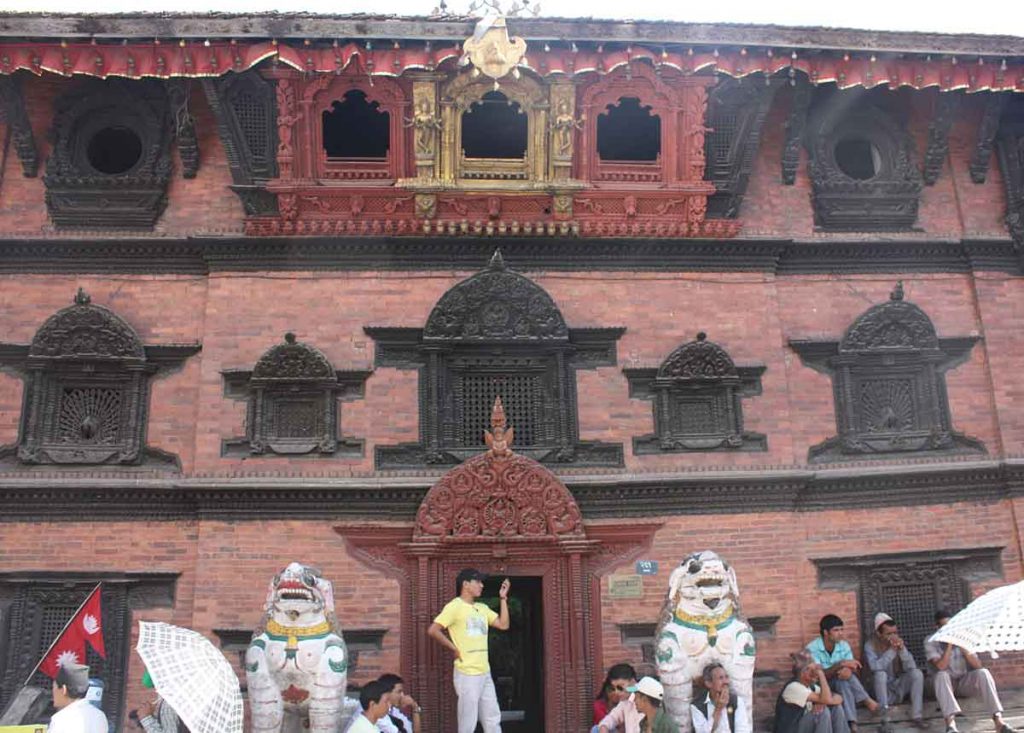 A newspaperman and his mentor: What Conrad Fink (and the Kumari of Kathmandu) taught me about journalism

Visitors stand outside the temple of the Kumari of Kathmandu.… 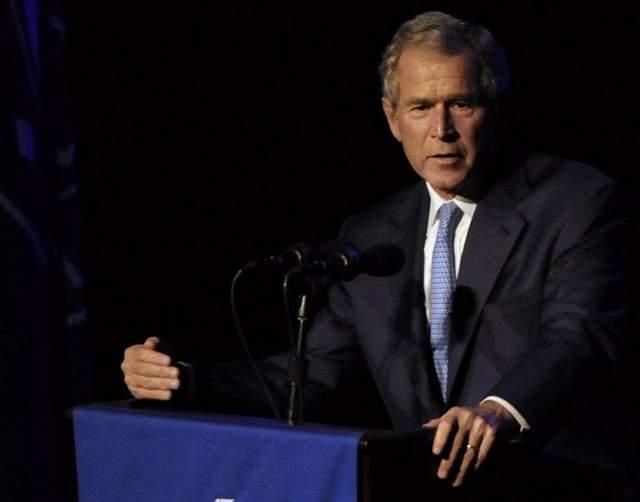