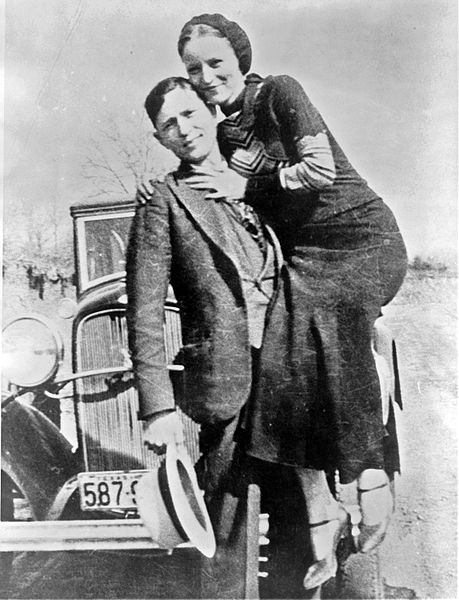 Albertine “Abbie” Cordella Vandine lived an interesting life.
As a teenager, while her family lived near Houston, she found herself face-to-face with the notorious criminal couple known as Bonnie and Clyde.
During World War II, she worked for business magnate Howard Hughes — a childhood friend of her first husband.
Most importantly, she planted churches.
Vandine, 94, died March 3 in Lakeport, Calif. She was a charter member of the Kelseyville Church of Christ in California, a congregation she helped plant.
The Lake County Record-Bee reports on her memorial service:

(In her obituary) there wasn’t any mention of how tall she was (5-foot-8) and it didn’t say anything about Abbie’s beautiful red hair, though it’s easy to imagine it blowing in the wind when, as a grade-schooler, she rode her horse up and down the dirt roads of rural Texas, visiting farmers and ranchers and asking them if they would attend services at a new church if she started one.
They told her they surely would and soon they were all praying together each Sunday in a school auditorium.
A few years later, when Abbie’s family moved to the Houston area, there wasn’t a Church of Christ in the neighborhood, so Abbie went door-to-door this time, recruiting a congregation that started meeting in someone’s home until they got around to building a nice brick church downtown.
You cannot squeeze the life and times of Abbie Vandine into 200 or 300 words, but her family and friends who gathered at the Odd Fellows Hall in Upper Lake following her burial on March 7, had no such restraints as they remembered Abbie’s life, shared her stories, laughed and cried.
And few days later, her friends at the Church of Christ in Kelseyville — the third church that Abbie helped start had their own gathering, remembering “Sister Abbie” and her years of pain and suffering, her love of God and country, and her unorthodox theories on how to live for 94 years about 50 years longer than her doctors said she would after diagnosing her with thyroid cancer and leukemia in the early ’60s.

Read the full story.
Here’s the part of the story that details Vandine’s encounter with Bonnie and Clyde:

Abbie was 15 or 16 and living with her folks on the family ranch outside of Houston when one day Bonnie Parker and Clyde Barrow showed up on their doorstep. Abbie and her parents were scared to death.
Abbie had just made some baby clothes for a pregnant woman in her church, and Bonnie took a liking to the clothes and that’s the only thing the notorious outlaws took, which didn’t make sense to Abbie and her family. At least not until weeks later when Bonnie and Clyde were ambushed and killed by Texas lawmen in Louisiana, and it was reported that Bonnie was pregnant at the time.
Minister Eric Stone pulled out the church’s old guest registry and turned to the first page dated Oct. 2, 1955, and the signature on top of the page was Abbie’s, who also left her mark on the cross beams of the small church. Still vivid in Halian Hail’s mind is the image of her mother atop a stepladder, carving decorative notches on the beams with a butcher knife.

Editor’s note: I regret that I couldn’t find any photos of “Sister Abbie” online. Please let us know if you have one and we’ll add it to the post.