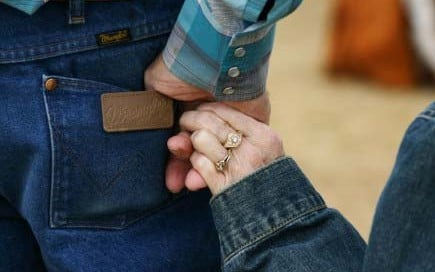 Remembering 2011: The year in quotes

By Erik Tryggestad and Bobby Ross Jr.
Tragedy — on scales massive and personal — touched Churches of Christ in 2011.
An earthquake claimed thousands of lives in Japan, tornadoes devastated congregations in Alabama and Missouri, and shootings robbed churches in Arizona and Mississippi of beloved members.
In their own words, Christians describe the heartbreak, hope and even humor that characterized their lives in the past 12 months.
•


“I will survive. We will not let that gunman take our hopes.”
MAVY STODDARD, widow of Dorwan Stoddard. The 76-year-old member of the Mountain Avenue Church of Christ in Tucson, Ariz., was killed in an assassination attempt on Congresswoman Gabrielle Giffords.


“Dory Stoddard didn’t die a hero, he lived a hero.”
MIKE NOWAK, pulpit minister for the Mountain Avenue church, on his friend’s dedication to his family and community.
“His final act of selflessness was to dive on top of his wife, sacrificing his life for her.”
PRESIDENT BARACK OBAMA , speaking about Dorwan Stoddard at a memorial service for the Tucson shooting victims.

“I get questions like, ‘Do y’all accept chips in your basket?’”
LEO G. GAY , minister for the North Las Vegas Church of Christ, on fellow Christians’ reactions when they learn he’s from Sin City.

“You’re going to see people that, a generation from now, are Christians because of what’s happening now. And God can count that — we can’t.”
LARRY MUSICK , former president of Global Samaritan Resources, on Christians’ earthquake relief efforts in Japan.
“I try to believe in God still. When I doubt God, I pray to him, ‘God, why did you do this?’”
YUKO KAWAMURA , member of the Sendai Church of Christ in Japan, three months after a 9.0-magnitude earthquake claimed the lives of her best friend and her friend’s two children.

“God didn’t do this. This was just evil.”
LES FERGUSON JR. , minister for the Orange Grove Church of Christ in Gulfport, Miss., after the slayings of his wife, Karen, and son Cole.

“The students that I have now are so digitally connected that to sit and have a face-to-face with them is like sitting on nails. They would much rather talk to me through a screen.”
JON JUSTICE , youth minister for the Warrenton Church of Christ in Virginia, on technology’s impact on the church.

“Sometimes, my mom’s mind is not very clear. But that morning, it was very clear. She knew what she wanted to do.”
MARGARET COOKE , member of the Norris Road Church of Christ in Memphis, Tenn., on her mother Lula Wallace’s decision to be baptized at age 108.

“We are the rod and staff that God uses to help these families through this very brief — but very intense — time. We hope that, by being there with them, they are made aware of God’s presence, that God is very real and cares about them.”
LT. COL. DENNIS SAUCIER , member of the Dover Church of Christ in Delaware and senior staff chaplain of the Air Force Mortuary Affairs Operation at Dover Air Force Base.
“I know that people are praying for me while I’m over there. And that’s a big help and a big comfort. There’s been quite a few times where, if they wouldn’t have been praying for me, then I wouldn’t be here.”
MARINE STAFF SGT. TIM HARRISON , member of the Roosevelt Drive Church of Christ in Jacksonville, N.C., as he prepared to serve his third tour in Afghanistan.
“I know that, yeah, there’s a possibility that anybody that deploys may not come home. I don’t want to have to deal with that. But I have a faith, and I have a (church) family, that can help keep me secure and keep me positive.”
WHITNEY COLES , member of the Roosevelt Drive church on the deployment of her husband, Marine Staff Sgt. Ahmal Coles, to Afghanistan.

“It’s a lot of pizza and Scripture.”
KIMBER KELLEY , Bible Bowl coach and member of the Walled Lake Church of Christ in Michigan, on her work with a junior team called the Walled Lake Miracles.

“I don’t want to hit anyone over the head with the Bible. I think they have to reach the point where they want to start asking questions.”
JEFF OLIVERSON , former Mormon and elder of the Southside Church of Christ in Salt Lake City, on ministering in a state dominated by the Church of Jesus Christ of Latter-day Saints.

“You do understand that I didn’t write this book?”

RUBEL SHELLY
, president of Rochester College in Michigan, to a student who asked Shelly to sign a paperback Bible used in a course called “Introduction to the Christian Faith.”
“Yes, sir. But this is the first Bible I’ve ever owned, and you’ve taught me how to read it.”
The student, in reply to Shelly.

“Malawi is the Israel of Africa.”
PRIESTLY NKHONJERA , a longtime minister in Malawi, a country with more than 4,000 Churches of Christ.
“When we try to make the church anything instead of letting the Malawians make a Malawian church, we’re going to have problems. Besides, it’s Jesus’ church. And Jesus was not an American.”
RANDY JUDD , second-generation missionary in Malawi.

“There was a point when I said, ‘God, I don’t get it.’ To see people suffer like this, you suffer in your soul.”
DEBBIE VANDERBEEK , of Mission Lazarus, on working in Haiti one year after the January 2010 earthquake.
“Why? Why the earthquake? Why the hurricane? Why the flood? Why the cholera? Why the demonstrations? God taught Job that it’s better to know God than just the answers.”
HARRY HAMES , of Healing Hands International, speaking to a congregation of Haitians.

“I believed that the KJV came directly from the mouth of God, and as a child, I thought that King James was a biblical character.”
LOVENTRICE FARROW , member of the Naperville Church of Christ in Illinois, on growing up in congregations that relied exclusively on the King James Bible, which marked its 400th anniversary in 2011.

“I’m so thankful for this new excuse. Of course I’m overweight. I go to church!”
JULIE TRUEX , member of the Saturn Road Church of Christ in Garland, Texas, on a Northwestern University study suggesting that regular church attendance might contribute to obesity.

“It’s a good way to get to know God better.”
DAVIS BURTON , 9, member of the Pleasant Valley Church of Christ in Little Rock, Ark., on reading the entire Bible in a single calendar year.

“It is a unique opportunity for the church to come to the capital of the United States, within miles of the White House, to tell people in and around the White House about the right house, and that is the church of Jesus Christ.”
JACK EVANS , president of Southwestern Christian College in Terrell, Texas, on conducting the Crusade for Christ in Washington, D.C.

“I get these older women — 70 and 80 years old — and they’re telling me that they’re watching me ride a motorcycle. It’s kind of funny.”
TREY CANARD , professional motocross champion and member of the Central Church of Christ in Shawnee, Okla., on being a role model for young — and old — fellow Christians.

“I think it’s been like, this is kind of the Old West, and if we don’t like something, we’re going to draw our gun and shoot. And that’s not the nature of Jesus.”

“In one attack, I lost almost all the members of my church. Sometimes I think it wasn’t because I was a better soldier. I think God saved me for a reason. … Today, if you go to any office of the government, you will find the cross there.”
ZECHARIAH MANYOK BIAR , a former member of the Sudan People’s Liberation Army, who now serves in the government of South Sudan.
“I’m praying for this new church, and I’m praying that there will be no more fighting.”
BETTY ALENG ,a recently baptized member of the Church of Christ in Parajok, South Sudan.

“The greatest preachers have always had two jobs. Even Jesus was a carpenter.”
FRANCO VERARDI , a minister in Italy who paints houses to support his work.

•
“It’s unfortunate that sometimes it takes a catastrophic event for people to talk about God and Christ. But I’m glad that people are now thinking about Jesus.”
DOUG DOUTHITT , elder of the 26th and Connecticut Church of Christ in Joplin, Mo., on the tornado that claimed the lives of two church members.
•

“The old saying is, ‘A tornado sounds like a freight train.’ Well, it almost sounded like 10 freight trains.”
ANDREW BROADFOOT , campus ministry student, on huddling in a small cinderblock closet at the Central Church of Christ in Tuscaloosa, Ala., during a monster twister.
“What remains? Faith. Hope. And love. Those are the only three things we had beforehand anyway. The things that matter have not changed.”
LEE JAMIESON , minister for the Alabama church, after the tornado obliterated the building and caused massive damage throughout Tuscaloosa.