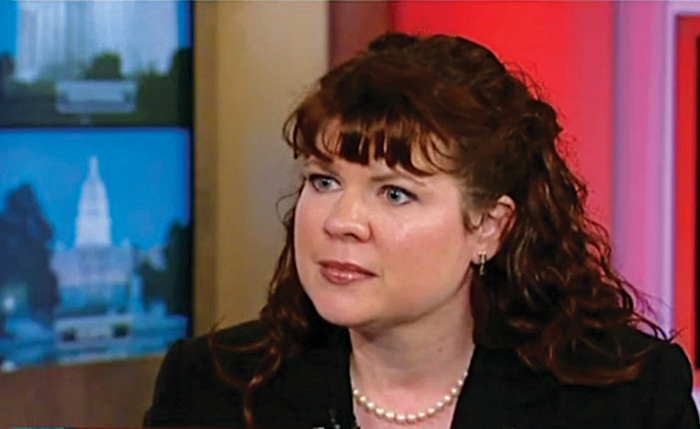 ‘Religious freedom matters to everyone’

Editor’s note: On June 30 the U.S. Supreme Court ruled in favor of Hobby Lobby. See our coverage with reaction from Lori Windham.

Political science and Bible classes have influenced the career of Lori Windham, a member of the legal team representing Hobby Lobby before the U.S. Supreme Court.

Windham, who grew up in Churches of Christ and enrolled at Abilene Christian University in Texas, said that her professors taught her how to argue effectively and pushed her to study her Bible and develop her faith.

After ACU, she earned her law degree from Harvard Universityand joined the Becket Fund for Religious Liberty. Now, as senior counsel, she is part of the team representing Hobby Lobby’s challenge of the Affordable Care Act contraception mandate.

The case is important, Windham said, because it asks whether or not people give up their religious freedom when they open a family business.

Windham and her husband attend the Fairfax Church of Christ in Virginia.

(This Dialogue is excerpted from an interview with ACU Today.)

How did you get into the area of religious liberties law?

The relationship between church and state has always fascinated me. It’s been a puzzle Christians have struggled to solve since the first century.

We don’t have all the answers, but I believe that the U.S. Constitution is a great blueprint for how to respect religious belief while also promoting freedom for those who disagree.

While at ACU, and again in law school, I took internships focused on this issue. I was a research assistant studying this issue during law school, and when I graduated, I had the opportunity to come to the Becket Fund and do religious freedom work full time. I jumped at the chance, and I have been doing this work ever since.

What do you consider the most pressing religious liberty issue facing our nation today?

The breakdown of the bipartisan coalition supporting religious freedom. In 1993, President Clinton and an almost unanimous Congress enacted the Religious Freedom Restoration Act, designed to protect Americans of all faiths.

In recent years, support for that act and other religious freedom measures has splintered along partisan lines. Religious freedom shouldn’t be a Republican issue or a Democratic issue, but an American issue. If we lose the consensus that religious freedom matters to everyone, that sets the stage for a host of different problems.

“Religious freedom shouldn’t be a Republican issue or a Democratic issue, but an American issue.”                  Lori Windham

What’s your favorite part of your job?

When we win! In all seriousness, I love it when I can spend time with my clients, hearing their stories. An Amish community in upstate New York ran into problems with a local building code that didn’t accommodate their way of life. The Amish were actually facing jail time for following their religious practices, but we got the town to dismiss all the charges.

While the case was going on, I spent a lot of time in lamp-lit farmhouses talking to Amish men and women about their way of life, how they understand the Bible, and the steps they take to protect their communities from modern society. (Also, eating their cookies. Did you know you can pay a lawyer in cookies?) I’m grateful to be part of cases that allow me to meet and learn about communities so different from my own.

What has been the most memorable and/or significant case in your career?


Hobby Lobby will probably go down as the most memorable. A couple of years ago, we handled a case involving hiring rights for religious schools. It went to the Supreme Court but did not get a lot of press coverage because the issues were pretty complex. We won a unanimous decision, and it was the first time that the Supreme Court had decided this particular issue.

Although it wasn’t popular or sexy from a media perspective, it upheld an important constitutional principle that the government cannot interfere in the special relationship between a church and its ministers.

It was one of the rare cases where “separation of church and state” was used to protect the integrity of churches. It’s the kind of case that will be added to law school textbooks.

I’m honored that I was able to be part of such an important decision.

What was the most fascinating case?

In addition to Hobby Lobby and the Amish case, I handled a goat sacrifice case in Euless. That was probably my most controversial case to date.

This client was a Santero who sacrificed goats in his garage as part of a religious ceremony. The question was how far a city could go in restricting religious exercise in a person’s own home. We relied on a Texas religious freedom law that had never been interpreted by the courts.

We won, and since that time, the same law has been used to protect other religious groups, including a child wearing a religious symbol in public school and Christian ministries housing the homeless.


“Christian education … is critically important because it wrestles with tough questions about faith and how it applies to and interacts with many different areas of study.”
Lori Windham

I’ll always be grateful to Abilene Christian University for a strong Christian education.

Christian education, especially higher education, is critically important because it wrestles with tough questions about faith and how it applies to and interacts with many different areas of study.

After I graduated and went on to a secular law school, I realized how much I missed studying our laws through the lens of a rich faith tradition. ACU is doing God’s work, and I’m blessed to be part of that community.