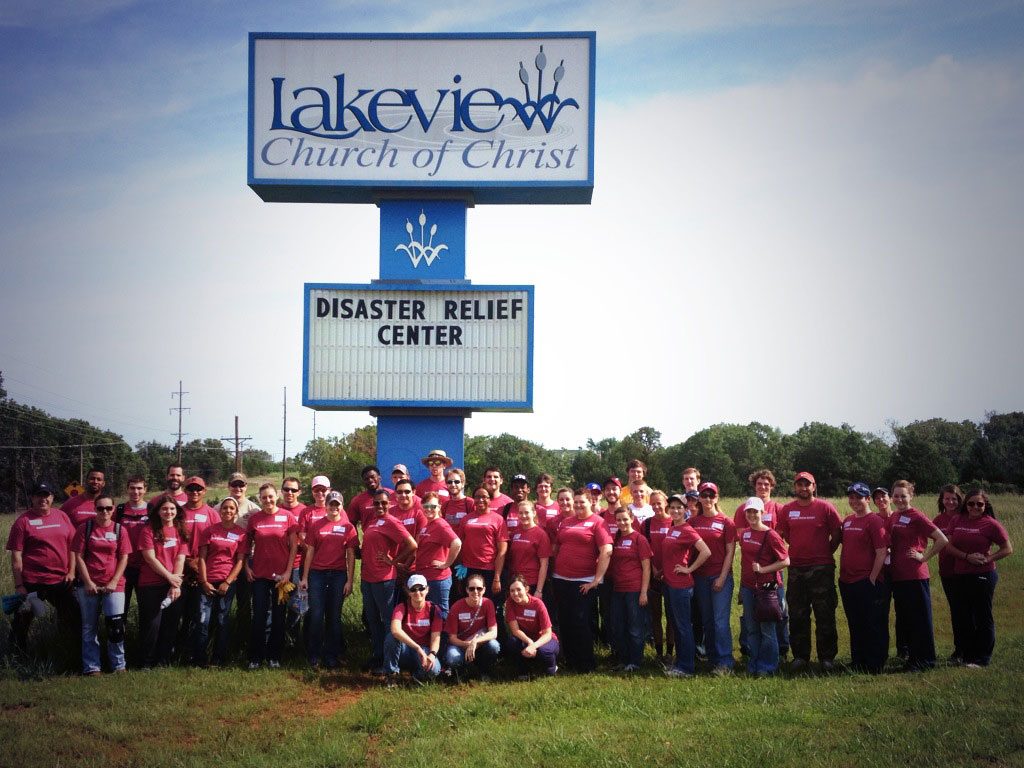 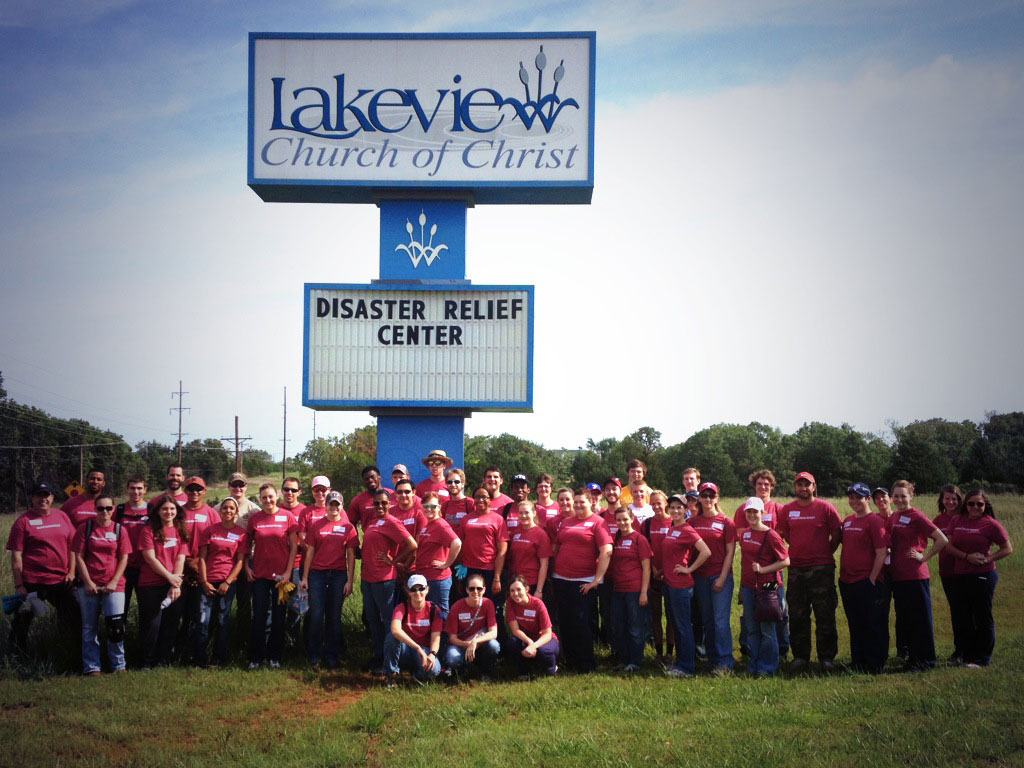 Students from Oklahoma Christian University in Oklahoma City gather for a group photo at the Lakeview Church of Christ in Shawnee, Okla. The church’s building became a relief center after a May 19 tornado swept through Shawnee. The university sponsored a three-day “Love Your Neighbor” tornado cleanup weekend. (Photo provided by Jana Miller)

In recent weeks, national and international media — including The Christian Chronicle — have devoted newspaper pages, airtime and online resources to natural disasters including the May 20 and May 31 EF5 tornadoes that tore through central Oklahoma.
Today, media focuses attention on a new round of wildfires in Colorado.
Churches of Christ have — and are — responding to those disasters and several lesser-known disasters, including a round of tornadoes that swept through Oklahoma on May 19 — the day before the devastating Moore, Okla., tornado. (We put together a brief blog post about those storms — as we sat in a tornado shelter, waiting for the May 20 tornado to pass.)
A May 19 tornado damaged the Oklahoma towns of Edmond and Carney (see a photo of that twister framed against a large cross on Interstate 35), and another twister that same day damaged Shawnee, about 40 minutes east of downtown Oklahoma City.
The building of the Lakeview Church of Christ in Shawnee sustained roof damage from that storm, said Tim Smith, a minister and elder of the 100-member church. One church member lost her home.
Nashville, Tenn.-based Churches of Christ Disaster Relief Effort sent truckloads of supplies, and the church transformed its damaged building into a relief center.
As many as 2,000 volunteers, from Churches of Christ across the country and Oklahoma Christian University, have used the building as a base of operations as they removed debris from damaged homes in Shawnee, Smith said.
“The response has been overwhelming,” he added, but “it’s going to be an ongoing process” to rebuild Shawnee.
The church has moved into “phase two” of its relief work, he said, meeting with people who lost their homes, helping them with their insurance claims and recruiting volunteers with specialized skills, including roofing.
The church continues to collect funds to aid in its efforts.
To be a part of the long-term recovery, contact the Lakeview Church of Christ, 15301 Oklahoma 102, Shawnee, OK 74801, at (405) 275-2922.