'Allan’s heart was always in the right place. He was a man of great faith, and he used football as a platform to teach so many young men how to be better people.'

So declared a Twitter post this morning from the school district where the beloved coach and church elder won so many state championships.

Our hearts are heavy.

After his courageous fight against ALS, our dear friend Allan Trimble passed away peacefully this morning at St. Francis hospital. He was surrounded by his family.

His legacy of faith, family, and football will never be forgotten.

When Trimble announced his diagnosis with Lou Gehrig’s disease — the fatal amyotrophic lateral sclerosis — in 2016, he knew what he was up against, often noting he was battling an opponent that was “undefeated.”

Surrounded by family members, Trimble died today at a Tulsa hospital — a victim of the progressive neurogenerative disease that affects nerve cells in the brain and the spinal cord. He was 56.

In 2017, the longtime Jenks High School football coach told The Christian Chronicle that ALS had given him perspective he might not otherwise have had about faith, coaching and influence.

“I thought I maybe wanted to be a football coach someday, but, ultimately, I think God has kind of just called me into mentorship,” Trimble said. “That’s kind of where I’ve settled. The X’s and O’s have been kind of secondary. I know that’s easy to say, but, honestly, I think we’ve done our work mainly, hopefully, making better players and making better kids and that’s kind of how we’ve been rewarded with such good success.”

Trimble — a longtime member and elder of The Park Church of Christ in Tulsa — coached the Jenks Trojans for 22 seasons, posting a remarkable 242-41 record with 13 championships in Oklahoma’s highest classification. Dozens of his former players and assistant coaches now are coaching at high schools throughout the Tulsa area and all of Oklahoma, and former Trojans have dotted National Football League rosters throughout the past two decades. 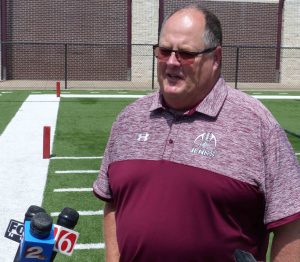 Throughout his considerable success, Trimble remained generous with his time — doing media interviews as recently as November — and developed a reputation for humility and as a man of God.

He often poked fun at himself, wondering how a small-town kid from Cleveland, Okla., who played NAIA football at Northeastern State (Okla.) and had even briefly left the coaching ranks, ended up in charge of what became one of the nation’s premiere high school football programs.

John deSteiguer, president of Oklahoma Christian University, attended Northeastern State with Trimble and on Sunday recalled an example of Trimble’s humility, when NSU honored Trimble as its Young Distinguished Alumnus of the Year in the late 1990s.

“He felt honored but also felt way too big a deal was being made of him,” deSteiguer said. “For a fellow who was in the spotlight a lot as a result of his profession and success, he was humbly uncomfortable riding in the homecoming parade and taking the football field at halftime to be recognized. Big Al influenced people in college. And, he kept changing lives. He sure had an impact on me. I will miss him — but I look forward to our reunion.” 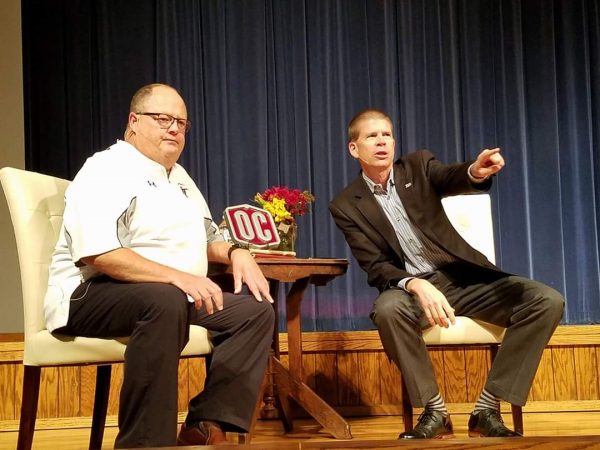 Mitch Wilburn, preaching minister for The Park, echoed that sentiment.

“Allan was my best friend, and yet he was also one of my spiritual mentors,” Wilburn said. “His wisdom was only matched by his humility. He truly loved everyone and sought to bring them closer to the Lord.”

Added Mike Means, the site principal at Jenks High School from 1993 to 2016, in a school district news release: “Allan’s heart was always in the right place. He was a man of great faith, and he used football as a platform to teach so many young men how to be better people. He emphasized character above everything else, and he will always be remembered here in Jenks for not only creating a winning tradition, but for being a positive role model to everyone he met.”

Trimble and Jenks had their perfect foil in coach Bill Blankenship and the Union Redskins, another large-school powerhouse located in south Tulsa. Blankenship and Trimble were close friends and helped develop the Jenks-Union rivalry into one of the nation’s best and most respectful, one which drew as many as 42,000 fans to watch at times in the late 1990s and early 2000s.

Despite the frenzy that often surrounded the often high-stakes games, both Trimble and Blankenship kept the rivalry in perspective. After one meeting in 1998 at Jenks, the two coaches spoke side-by-side at a Fellowship of Christian Athletes event held on the field after the game. Blankenship now coaches at another Tulsa-area power, Owasso, which ironically will face Jenks for the Class 6A-Division I state championship on Saturday night.

On Sunday, Blankenship tweeted out a picture of himself and Trimble from their younger coaching days with the caption: “Coach Trim, the REAL DEAL! Thank you! You showed us the way!”

Coach Trim, the REAL DEAL! Thank you! You showed us the way!https://t.co/PR1IHRfXAV

After his ALS diagnosis, Trimble initially decided to retire but quickly changed his mind and coached for two more seasons before stepping aside following the 2017 season.

“We kind of settled in on, as long as God is blessing me with this platform … that probably that’s where we should be, while we can still be there,” Trimble said that summer. “I think the Lord is carrying me through this, along with my wife. I have a lot of great friends who help me. It will be interesting to see where it goes.” 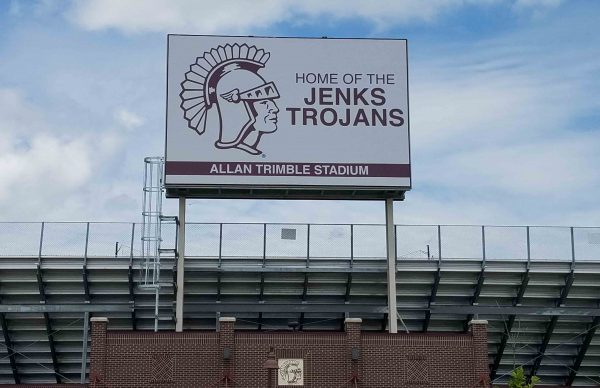 In a 2017 photo, a sign over the Jenks football field reveals the new name honoring Allan Trimble.

In the past two years, Trimble was recognized in numerous ways. Jenks Public Schools renamed the district’s football stadium “Allan Trimble Stadium.” One month later, the school district and the city of Jenks dedicated a section of B Street, which runs through the Jenks High School campus, as Allan Trimble Way.

The Oklahoma Sports Hall of Fame made him the first active high school coach ever inducted into its ranks, and at the announcement luncheon, college football coaching legend Barry Switzer (who won three national titles at Oklahoma) took the opportunity to meet and have his picture taken with Trimble, who long had admired Switzer.

Trimble used his platform to advocate for ALS research as well as to share his faith. He and his wife, Courtney, and daughters Tylar and Tori started the Trimble Strong Foundation in 2016 as a tool “for the purpose of transforming people from their current position spiritually, emotionally, physically, professionally and financially. We simply want to bring faith, hope and love into the lives of all the people that we interact with.”

Judging from the tributes that poured out on social media on Sunday, Trimble accomplished that goal. A longtime friend — Tulsa World sports columnist Bill Haisten, who first met Trimble when Trimble played high school football in northeast Oklahoma — put it this way: 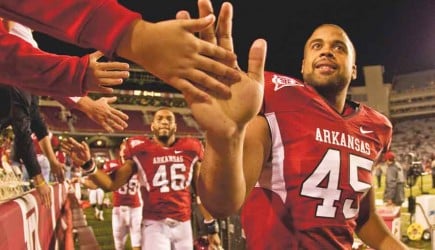 ‘You have to find some way to stand back up’ — D.J. Williams on life, football, faith

As a child, David “D.J.” Williams tried to sleep while… 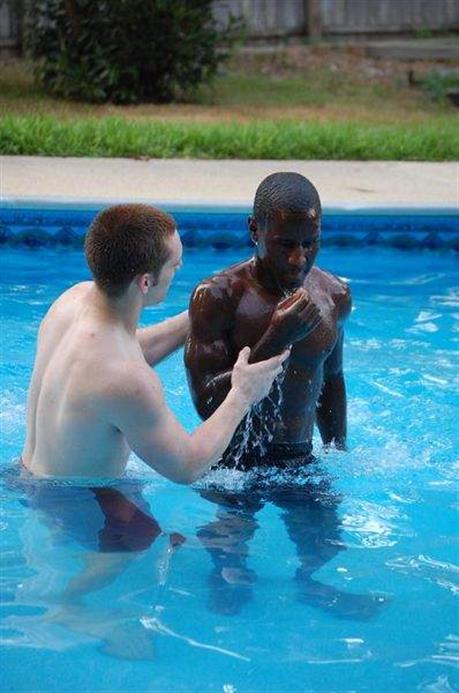