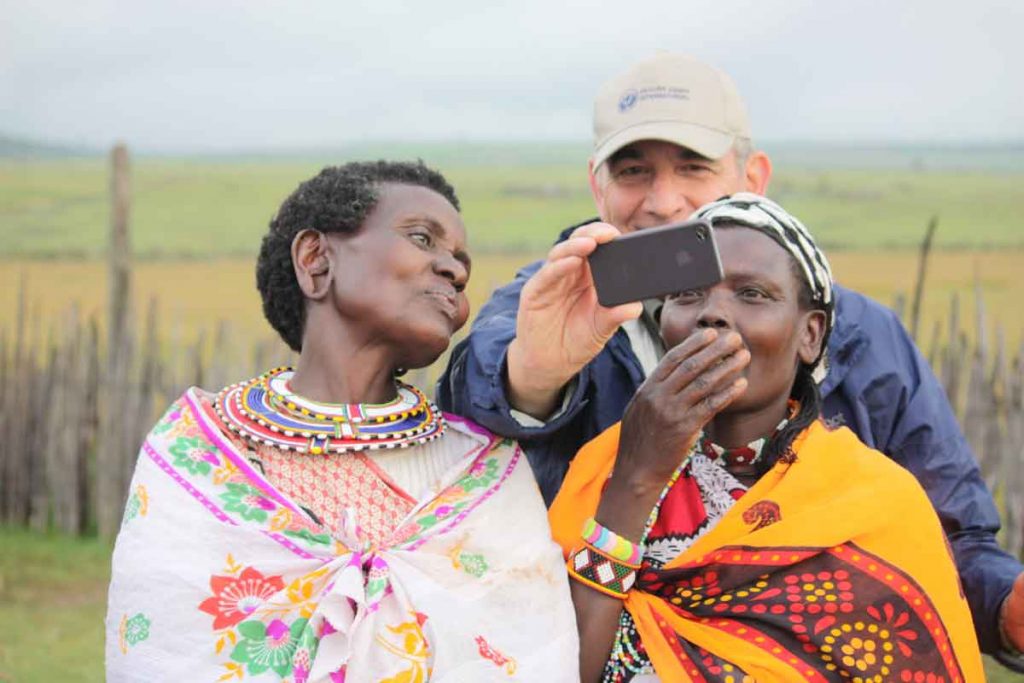 READER FEEDBACK: In fast-changing world, how technologically savvy is your congregation? 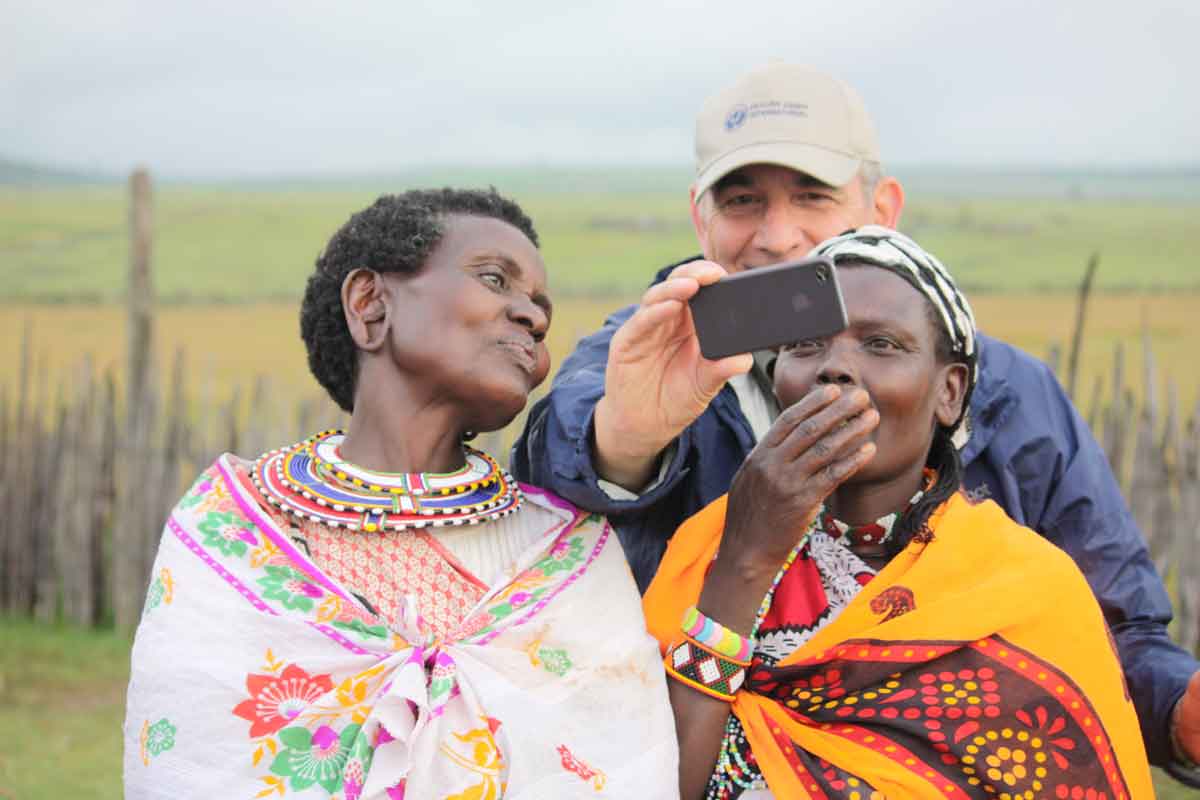 Chris Gingles, vice president of Healing Hands International, shows women in a rural Kenyan village photos he has taken with his iPhone. (photo by Erik Tryggestad)

A large majority of American religious congregations use Internet technologies — and those that do not are likely to be perceived as “out of sync,” says a new report from Hartford Seminary.
From a Hartford news release:

Ninety percent of congregations embrace email for communications, 69 percent have websites, and more than 40 percent use Facebook, a staggering rate of adoption since the general public use of Facebook was only four years old when the survey was conducted.
These are among the findings in a new Faith Communities Today 2010 report titled “Virtually Religious: Technology and Internet Use in American Congregations.” FACT is releasing this latest analysis to help congregations understand how internet technologies can contribute to their vitality.

The report reminded me just how quickly technology has advanced in just the last few years.
In September 2005, I wrote a front-page story for The Christian Chronicle with this headline:

That story highlighted, among other innovations, congregations that were making downloadable podcasts of Sunday sermons. Six-plus years later, sermon podcasts seem about as common as free soft-drink refills at fast-food restaurants.
About a year later, in October 2006, I wrote a front-page story with this headline:

As teens flock to MySpace, parents exposed to potential perils

Five years later, Internet safety for young people remains a paramount concern, but does anybody know what ever happened to MySpace!? (Humor intended.)
In September 2009, I wrote a column on the increasing popularity of e-Bibles:

Texting during worship? No, just reading the text

That innovation, too, appears to have reached the dinosaur stage all too quickly — in other words, those reading the Bible from their iPhone or Blackberry, not to mention tablet computers such as the iPad, draw fewer curious glances than they did a few years ago.
Just today, we posted The Bible: There’s an app for that, featuring top online study tools.
In March 2010, the Chronicle highlighted churches that provide live online streaming of their Sunday assemblies for shut-ins, out-of-town members and other interested guests. Other topics we’ve addressed include online social networking as a tool to save souls and this provocative question raised by an Abilene Christian University professor: Will Facebook kill the church?
One story that we haven’t done — but are pursuing — is a feature on Churches of Christ bringing custom apps to their flocks. The Wall Street Journal recently reported on this trend.
Reader feedback: What technology is your congregation using to serve members and reach the lost? Please be sure to include your full name, home congregation, city and state in case we decide to quote you.