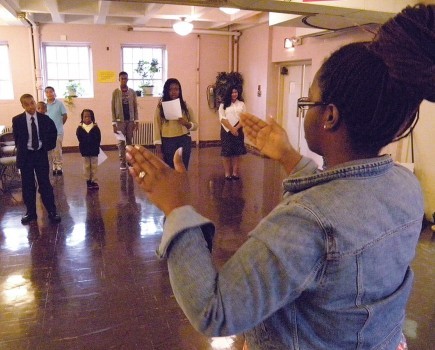 Reaching the heart of D.C.

Four miles from the White House, the 100-year-old Church of Christ at 16th and Decatur ministers to a multiethnic, multinational, transitory flock of believers. 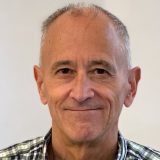 Ted Parks
Correspondent
WASHINGTON — Women couldn’t vote. The United States hadn’t fought in either World War. The struggle for civil rights was a half-century away.
That’s when the Church of Christ at 16th and Decatur — the first in the nation’s capital — got its start.
Nurturing hundreds of Christians whose careers would take them to Washington over the ensuing decades, the church recently celebrated its 100th anniversary. Washington mayor Vincent C. Gray proclaimed “Church of Christ Day,” grateful for the congregation’s “legacy of service, ministry, fellowship, and compassion for all.”
Well-known preachers in Churches of Christ — T. B. Larimore, Hugo McCord and Burton Coffman — stood at the pulpit of the 16th and Decatur church, inside the Washington Beltway, four miles north of the White House. The congregation was the first to serve in the official role of endorsing military chaplains on behalf of Churches of Christ, said Donnis Crump, whose husband, Wayne, was minister from 1981 until his death in 2007.
On the cusp of its second century, 16th and Decatur is a multiethnic congregation. While Christians black and white worship together, members come not only from the United States but across the globe.
“Look up. It’s just a gob of nationalities right here,” said member Anita Charles. “It’s a beautiful bunch of people. It’s trying to be diverse — and stay diverse — and keep an open mind about Christ.”
The countries represented span the globe, including the Philippines, Nigeria, Liberia, Ethiopia, Grenada, Guyana, Trinidad, Jamaica, Nicaragua, Panama, and El Salvador, said minister Ed Wilson.
“In some ways, it makes evangelism a little bit more difficult. In some ways, it makes it a little bit easier,” Wilson said of the church’s diversity. When guests see a variety of people, they know they’re welcome, too, he explained.
But relating to many different needs and customs takes perseverance. Wilson remembers attending the traditional Nigerian wedding of a 16th and Decatur member with his wife, Carolyn.
“I didn’t realize that it’s common for those weddings to start two hours late, and … it’s not unusual for them to be three and four hours long,” he recalled. “We got there at 7, thinking that, by 8 o’clock or 9, we would be ready to come on back home. And at 11:30, we still hadn’t seen the bride or the groom.”
‘A BOLD DECISION TO STAY WHERE THEY WERE’

The diversity at 16th and Decatur developed decades after the church’s beginning. According to a history of Washington-area churches by Dan Groghan, whose parents attended the congregation that would become 16th and Decatur, the church started in January 1913 in the home of Thomas F. Colvin, who had moved to the capital from Round Rock, Texas.
Gathering in various venues —including a Masonic temple — the congregation bought a building in 1919 and became the 14th Street Church of Christ. After World War II, the church built new facilities nearby.
Long-term members find it difficult to pinpoint when the congregation fully opened its doors to African-Americans.
Entering neighboring Howard University in the mid 1950s, Raymond Dickey remembered leading singing on occasion at 16th and Decatur. But his participation as an African-American came at a time when the congregation was early on its journey toward inclusion.
The church had previously helped establish another congregation, the nearby 13th and Irving church, as the destination for black Christians who wanted to worship in the neighborhood, according to Dickey’s recollection and other accounts.
“Thirteenth and Irving became the main ‘black church’ in the area,” he said.
After graduating from Howard in 1961, Dickey left for Air Force duty for a few years, then returned. He led singing at 13th and Irving before receiving an invitation to assist 16th and Decatur.
“I started singing and helping in worship, and then it became a part of me,” he said. “I’ve been there since.”
Though it happened before his time at 16th and Decatur, Wilson called attention to the impact of the 1968 assassination of Martin Luther King Jr.
“There were riots and all kinds of unrest in the city,” he said.
Wilson linked the elders’ decision to remain in the city with their desire for sharing the Gospel. “It was just a bold decision to stay where they were and to evangelize the neighbors,” he said.
Joe Baisden, associate minister from 1965 to 1967, said a key part of his responsibility was to reach out to the community as membership dropped due to whites fleeing to the suburbs during the tense 1960s.
SERVING A TRANSITORY, MULTICULTURAL MIX

Though crossing racial barriers was a gradual process, the congregation had long attempted to be a friendly place.
The church’s oldest member, Ethel Strube, started attending in the early 1940s at age 20, newly arrived in Washington from business college in Pennsylvania.
“There were a lot of people coming in here to work then, and the church grew quite a bit from the young people coming in,” Strube said.
“We had picnics down in the park,” she said. “It was just a nice time for our young people to get together and get to know each other.”
Two decades later, Barbara Roy, 21 at the time, started attending 16th and Decatur, also drawn to Washington for work. “The first Sunday I came, two ladies came to get me,” she recalled. “I think people are still friendly. … I know for myself that I’m loved.”
As 16th and Decatur leaves behind a century of ministry, its welcoming approach continues to confront the demographic realities of a changing city.
Attendance was highest around the time of the congregation’s move in the early 1950s. Membership was “considerably over 500” in 1954, according to a booklet prepared for the 100th anniversary. As more congregations formed in the area, attendance dropped to about 350. Wilson estimates an average Sunday crowd now at 85 to 100.
“You get people early in their careers or early in their marriages … and then you lose them,” Crump said. “Those people come, and then something else draws them away.”
Matthew and Ingrid Quigley, who attended 16th and Decatur from 2005 until Matthew accepted a U.S. government job in Beijing this year, are a case in point. The couple was part of a young adults ministry that met at each others’ homes.
“Unfortunately, by the time we left, at least four of the young adults that were faithful attendees when we started had since started attending other churches,” Ingrid Quigley said.
“I do think it’s harder for smaller congregations to meet the needs of each demographic group,” she added, “but with God all things are possible.”
Despite the challenges, Wilson hopes for 16th and Decatur to grow in a way consistent with its uniquely welcoming character.
“To me, it’s always the hope to build up a congregation,” he said. “I would really like to continue to build it in a multicultural way.”
WEBSITE: www.coc16th.org