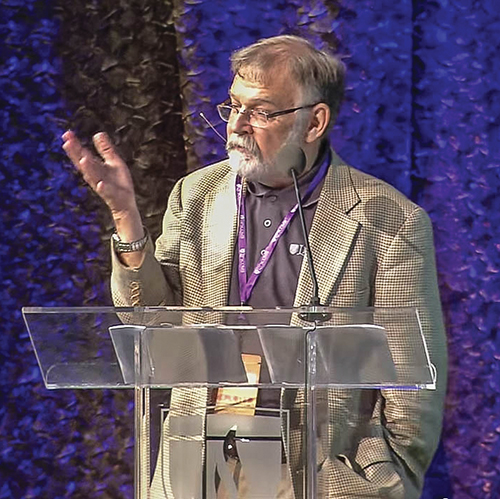 Amid heated battles over same-sex marriage and the Confederate flag, can followers of Christ stay out of the culture wars? Should we?

FRANKLIN, Tenn. — The apocalypse, it seems, has come to middle Tennessee.

Lo, I beheld it — not in the form of a pale horse but in the face of a teenage girl.

She and the girl she was dating asked me how to get to Puckett’s Grocery as my wife and I walked the streets of downtown Franklin on a Sunday afternoon.

I looked up the directions for them on my phone — and watched as they skipped ahead of us, hand in hand.

• In Kansas City, out of prison, into hope

We walked on in silence.

Rainbows and Rebels, right there on the same street. Maybe they weren’t signs of the end times. But it seemed that, in the midst of our stroll between a.m. and p.m. church, we had stumbled into Ground Zero of the culture wars.

And all we wanted were smoothies.

Those encounters weighed heavy in my mind over the next few days as we visited my dad, my sister and her family. How do I explain Obergefell v. Hodges to my 7-year-old (or pronounce it, for that matter)? What will life be like for her, coming of age in a nation that condones — and labels as marriage — a lifestyle that I can’t, based on what I read in Scripture?

Will my children, one day, think me intolerant? Will they toss me in with the misguided souls who cling to a symbol of oppression in the name of Southern pride?

I visited my alma mater, Lipscomb University, a few days later. It was Summer Celebration, and the theme was “Deployed in an Uncivil War: The Apocalypse of John,” appropriately enough.

Paul Prill, who taught my public speaking class 22 years ago, was a keynoter. He always peppered his lectures with bizarre, random factoids, bits of wisdom. We all loved him. (Good heavens! I’m as old now as he was then!)

Dr. Prill, who’s also the longtime minister for the Acklen Avenue Church of Christ in Nashville, spoke about Revelation 4 and 5, which describe the throne room of heaven where all creatures praise the Lamb of God.

Of course, he weaved current events into his talk. He had seen the social media postings from Christians — including calls for a constitutional amendment banning gay marriage — that followed the Supreme Court’s decision.

“And I keep thinking, ‘Wow, here’s the invitation: join the political thread in the secular state,” he said. “Enter the culture wars. It’s us versus them and us better win as soon as possible or … or … or what? Or what?

“The culture’s going to change just as it has up to this point. The church remains eternal.

Worship “is the most political thing that we do,” he said, “because it calls us into an identity that distinguishes us from everything else that goes on in the world around us. It isn’t our job to live as culture warriors, but to serve as “ministers of reconciliation for a God who is holy and eternal and sovereign.”

Maybe I can’t avoid the culture wars — even in a stroll through downtown Franklin. I know I can’t walk in silence forever. I want to give voice to God’s plan for marriage. I want to support free speech while decrying symbols that hurt so many of my brothers and sisters in Christ.

I pray that my daughters will see me as someone who stands up for what is right, who shows fairness to all.

May our lives and our deeds invite those who salute rainbow flags and Confederate flags to join us at the foot of the Cross. May we point them to the God who reconciles, the God who makes right, and may we seek his will together. 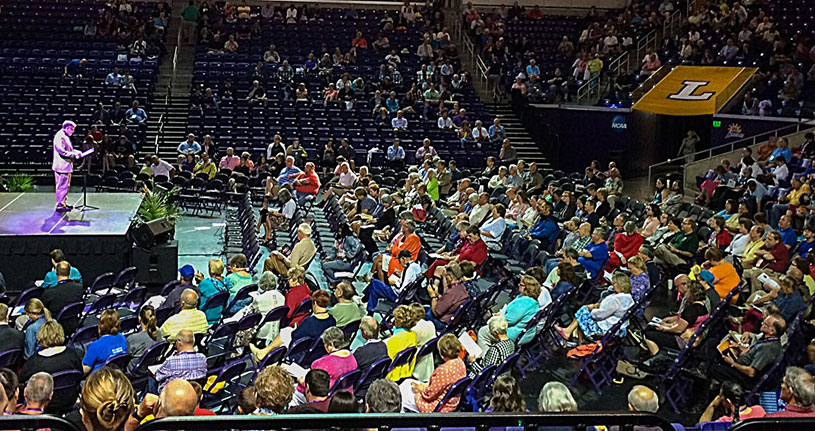 Paul Prill delivers a keynote on Revelation 4 and 5 during Summer Celebration at Lipscomb University in Nashville, Tenn. (PHOTO BY ERIK TRYGGESTAD)