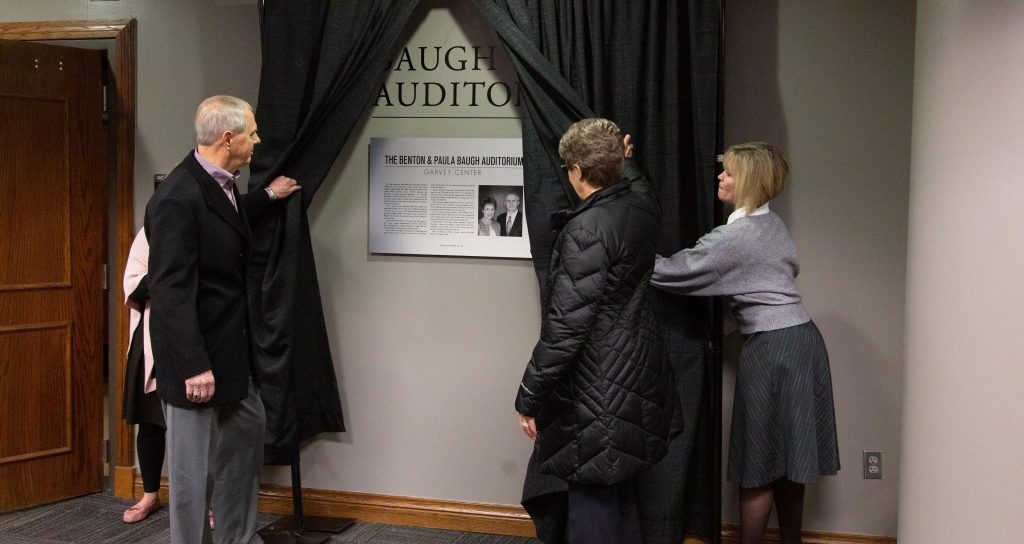 OKLAHOMA CITY — After a half-century as Hardeman Auditorium, Oklahoma Christian University’s main assembly hall has a new name — a change spurred by concerns over a racist statement attributed to the former namesake.

“It’s difficult to worship under the context of a man who, if you met him, probably wouldn’t like you.”

The Baughs are members of the Memorial Church of Christ in Houston and active proponents of racial unity efforts. They recently gave Oklahoma Christian $1 million — just their latest donation after previous seven-figure support of the university’s Bible and engineering programs.

“For a lot of African-American students, we’re happy that the name is changing,” said Elise Miller, a sophomore from Plano, Texas. She — like all Oklahoma Christian students — attends a mandatory daily chapel service in the auditorium.

“It’s difficult,” Miller added, “to worship under the context of a man who, if you met him, probably wouldn’t like you.”

In 1966, Oklahoma Christian dedicated the 1,175-seat auditorium in memory of the late N.B. Hardeman, whom the university’s website had characterized as “a great preacher among churches of Christ in the early part of the 20th century and a longtime president of Freed-Hardeman College.”

But in more recent times, some students, faculty members and alumni raised questions about whether Hardeman was a racist.

“As I learned more and more about the levels of concern that people had, I thought: Hospitality and welcoming people are such important core values of this institution that we probably needed to make a change,” deSteiguer told The Christian Chronicle. “We had a really wonderful gift from a very special couple … and it was a really good situation to put a name on the auditorium of some special, devoted Christians.” 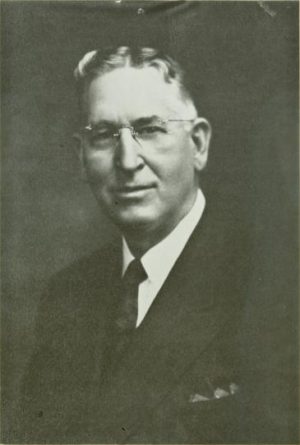 In an article titled “Negro Meetings for White People” in the March 1941 edition of the Bible Banner, prominent preacher Foy Wallace wrote: “When N. B. Hardeman held the valley-wide meeting at Harlingen, Texas, some misguided brethren brought a group of negroes up to the front to be introduced to and shake hands with him. Brother Hardeman told them publicly that he could see all of the colored brethren he cared to see on the outside after services, and that he could say everything to them that he wanted to say without the formality of shaking hands. I think he was right. He told of a prominent brother in the church who went wild over the negroes and showed them such social courtesies that one day one of the negroes asked him if he might marry his daughter. That gave the brother a jolt and he changed his attitude!”

Douglas A. Foster, director of the Center for Restoration Studies at Abilene Christian University in Texas, said the statement attributed to Hardeman was “typical of the overtly racist attitudes of the day, including the reference to black men as sexual predators and the specter of miscegenation.

“Hardeman, like virtually all the white leaders of our churches and schools, bought wholly into white supremacist ideology, and it was manifested throughout all his dealings with people,” Foster said.

Oklahoma Christian officials quietly removed the Hardeman name from the auditorium over the Christmas break, a fact first reported by the student newspaper The Talon in late January.

Brad Bradshaw, a great-grandson of Hardeman, was attending the 83rd annual Bible lectureship at Freed-Hardeman University in Henderson, Tenn., in early February when he heard the news.

Bradshaw, 62, a member of the Buford Church of Christ in Georgia, told the Chronicle that nothing in his great-grandfather’s life, actions or works “supports any kind of disunity in the church. On the contrary, he was in favor of unity.” The great-grandson said older relatives who knew Hardeman well and are still living witnessed no hint of racial prejudice.

“The allegations that my great-grandfather was a racist are a complete lie,” said Bradshaw, who was 9 years old when Hardeman died at age 91 in 1965. “It upset me, and it upset the family.”

“The allegations that my great-grandfather was a racist are a complete lie.”

The great-grandson said he has questions about the quote attributed to his great-grandfather. Even if it could be proven that Hardeman said what Wallace reported he did, Bradshaw said, the circumstances matter.

“It sounds to me like it was right before the lesson started and that my great-grandfather was concentrating on the lesson and that he did not have time to greet people before the lesson,” Bradshaw said. “So it could very well have been … that it had nothing to do with the fact that these brethren were black.”

Although his family gave money toward Oklahoma Christian’s auditorium, Bradshaw said, they have no problem with the name change.

“But don’t make up a lie,” he said, describing the Wallace report as “one contrived incident” and suggesting that bringing up the allegation decades later promotes Christian disunity, “which is sinful.”

Officials at Freed-Hardeman University, which is named after former presidents A.G. Freed and Hardeman, declined to comment on Oklahoma Christian’s decision.

However, FHU President David Shannon addressed racial issues at the recent Bible lectureship, responding to an evening keynote sermon by prominent African-American minister Eugene Lawton. Lawton’s message, taken from Exodus 22:21-27, addressed how “liberation from injustice was needed in Egypt then, and liberation from injustice is needed now in America,” according to the online program.

Shannon voiced regret for “so many injustices that we simply cannot explain.”

“We regret the violent times of the Civil War and civil rights (era) — times of prejudice and cruel hatred,” Shannon told the lectureship crowd. “I regret times that we settled to be nice yet to be separate.

“We regret that many of our Christian schools only opened the doors to all races when our government tied their funding — federal funding — to this discussion.”

“We regret that many of our Christian schools only opened the doors to all races when our government tied their funding — federal funding — to this discussion,” he added. “There’s no way to explain that away, to make it right. It’s just not. For this I’m sorry.

“For remarks or actions or even lack of actions in our past, for the real lack of honoring God and God’s creation, I’m sorry. We won’t seek to rewrite history or defend wrongdoing.”

In recent years, universities associated with Churches of Christ have taken steps aimed at racial reconciliation — from Lipscomb University in Nashville, Tenn., awarding an honorary doctorate to Fred Gray, a civil rights attorney who once sued Lipscomb, to Abilene Christian launching a center on race studies and spiritual action.

“It’s been a priority for us to bring in heroes who we could learn from and be with as we try to make this a more welcoming community for folks,” deSteiguer said. 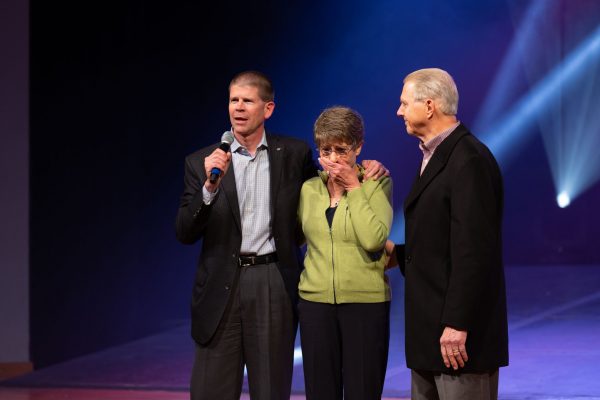 Benton and Paula Baugh — the Oklahoma Christian auditorium’s new namesakes — have been active in Houston-area efforts to bring Christians of all races together, including an annual citywide Campaign for Christ and Day of Good Works.

“I tell you what, you’ve got two names over (the auditorium) now that will bring honor to Oklahoma Christian University.”

The Baughs are not alumni of Oklahoma Christian but were introduced to it by David Duncan, the Memorial church’s preacher and vice chairman of the university’s board of trustees.

“I tell you what, you’ve got two names over (the auditorium) now that will bring honor to Oklahoma Christian University and honor to the students and honor to their legacy and honor to God,” said Gary Smith, minister for the Fifth Ward Church of Christ, a predominantly black congregation in Houston. “So you’ve got the right people.”