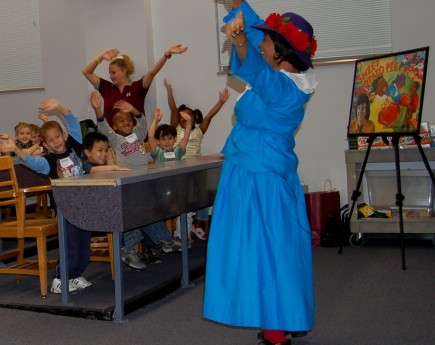 Joy McMillon
Kathleen Lindsey didn’t set out to be a historian of American slavery.
“Our parents didn’t talk about slavery very much when we were children, and it was rarely mentioned in school,” said Lindsey, a member of the Pitman church in Sewell, N.J. “People were ashamed to talk about it then.”
But like many other African-Americans, the publishing of Alex Haley’s book, Roots, stimulated her interest in genealogy.  Haley’s work, which was adapted to television in 1976, traced his ancestry back to Africa and covered seven American generations.
She learned a great deal about the daily life of slaves in America during the 19th century. But she longed to know more about her own relatives.
Through researching her family’s history, she discovered that her ancestors included a great-great grandmother who was a slave and the mother of 22 children — some of whom were fathered by their masters.
Today Lindsey, along with her four sisters, travels the East Coast and throughout the South performing educational and entertaining shows using music and drama to depict the culture of the Civil War era  and  the trials of slavery. They bring along a large number of African-American artifacts and a display of their own award-winning quilts to explain the vital role quilting played in the slaves’ lives.
“Our quilts help us tell the story,” said Phyllis Walker, one of the sisters. “We teach, and we share them with others.”
After working on the plantation all day, the slaves gathered in the evening for dancing, banjo playing, socializing and quilting. The women, forbidden to read or write, passed messages along through their quilts. They shared stories of births, deaths, whippings and sales of family members.
And so the quilts not only provided warmth on a cold night but also vital data: The different patterns, objects and colors contained important coded information designed to help fugitive slaves successfully escape.
“It’s a phenomenal program,” said Dan Cooper, minister of the Pitman church, where two of Lindsey’s sisters and their husbands also are active members. “We’re very proud of them.”
Pitman’s family minister, Steve Sikes, also has seen one of their shows. “As they told the stories, they passionately pieced together their own invisible quilt—designed for each observer: a quilt of blessing, compassion, and appreciation of a wonderful heritage,” Sikes recently wrote.
Born in 1949, Lindsey is the third of seven daughters and two sons born to Mae and William H. Williams of Clayton, N.J.  Williams was a minister of the Clayton church for many years until his death.
“We were always at church, and we grew up singing together as a family,” said Lindsey.
The family didn’t have a television and not much spending money.  At any given moment someone would break out in song, and the rest would begin to harmonize.  All of them knew all the parts.
“We did it for entertainment,” Lindsey said.
“Within one or two notes,” said Lindberg, “we could quickly switch to another part if there weren’t enough basses or altos.”
Their public shows began in 1994 with all seven sisters: Loretta Carter, Anna Stevens, Kathleen Lindsey, Bertha Kellum, Ida Rowe, Phyllis Walker and Elnora Gardenhire.  Carter and Rowe have since passed away, but the other sisters — all of whom are now in their 50s and 60s — continue to travel and perform.

At first they were reluctant to perform publicly.
“All of us were scared to death,” said Lindsey. “But we said we were going to let God lead us.” Audiences gave a standing ovation to the women following their first performance of Seven Quilts for Seven Sisters in Mullica Hills, N.J.
“After that, the Lord put us on the road,” Lindsey said. “It was his plan for us to stay together.”

Their shows, mostly written by Lindsey, are in demand at libraries, museums, churches, schools and universities. They gave 20 performances in February — Black History month.
Thousands have seen them stage one or more of their six shows at state fairs, historical societies and amphitheaters. Seven Quilts has been featured on the Public Broadcasting System and the syndicated network show Visions.  The New Jersey General Assembly gave them an award for A Stitch in Time, a show that describes the role quilts played as secret maps for the Underground Railroad.
Their CD, “Down by the Riverside,” features 16 a cappella songs from their shows, said Walker, who runs a quilting and craft store from her Mullica Hills home.
Quilting also plays a big part in Lindsey’s work. Frequently, she holds quilting workshops for adults and children.
Lindsey also performs alone at public schools and other venues as she did in March at the John Marshall Elementary School in Elizabeth, N. J.
“The kids enjoyed her so much,” said first grade teacher Jeanie Alfonso. “She was just delightful, and they were never bored.”  Using an interactive style, Lindsey amazed and amused the children, who were singing, dancing and learning with her.
Through her many contributions to the understanding of African-American history, Kathleen Lindsey has come to be known as “Miss Kat.”
But the performances are secondary to the work that goes into scripting them. Even as a child, Lindsey knew she wanted to be a writer.
“When I was 4 years old,” said Lindsey, “my mother would give me junk mail to keep me quiet in church.  I would scribble on every inch of those papers, pretending I was a great writer.”
Her perseverance paid off.  She published her first children’s book in 2004. Set around the turn of the 20th century, Sweet Potato Pie tells the story of family love and determination that turned a potential tragedy—drought and crop failure—into a triumph.
Lindsey said the book is based on her own experiences.  A second book, Run Faredy, Run is scheduled to be published soon, and she plans to write several more children’s books.
Some of the group’s shows are more serious than others, and the sisters often see their audiences moving back and forth between laughter and tears. Adults often leave with the feeling they want to apologize for what has happened in the past and tell the women they are sorry for the treatment African-Americans received under slavery.
“That isn’t necessary,” Walker said.  “They had no part in that, and it didn’t happen to us. But slavery has gone on all over the world, and we need to know what has and is happening and find a better way of treating other people.”
Sometimes the sisters have a conversation about stopping the travel and the performances.  “I always say,” said Lindsey, “when the Lord is ready for us to stop our programs, he will pull the strings and the curtains will close.”
FOR MORE INFORMATION, visit www.sevenquilts.com.