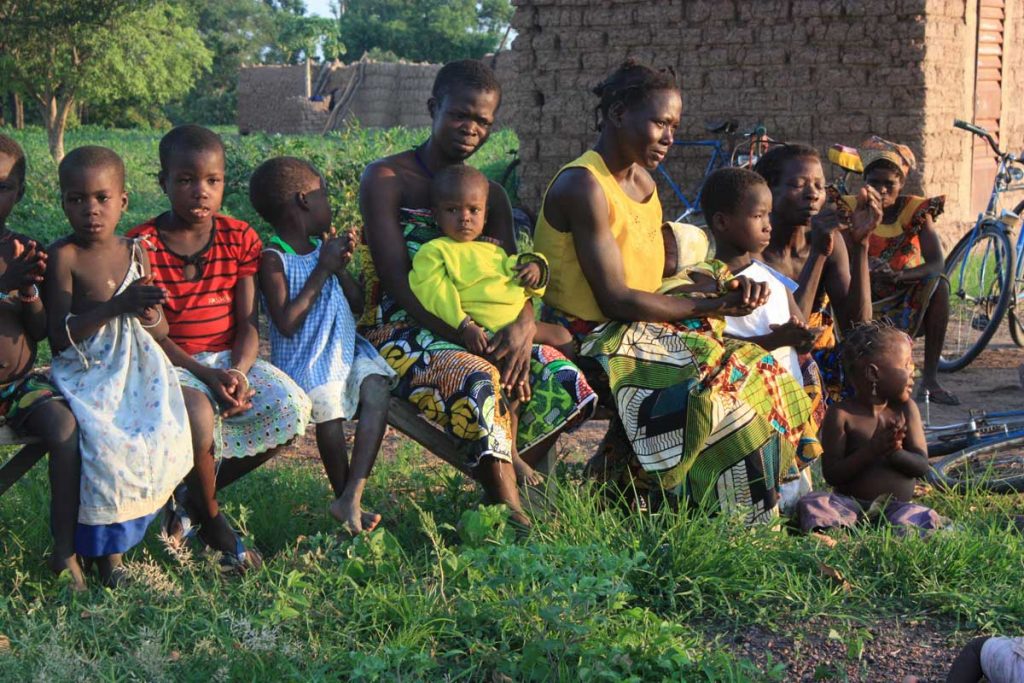 Pronouncing ‘Ouagadougou’ and other challenges


(Video: Worship in rural Burkina Faso)
The latest story in our ongoing Global South series begins in the West African nation of Burkina Faso. I traveled there last year with Deon Fair, chair of The Christian Chronicle’s Board of Trustees, after we attended a signing ceremony between Abilene Christian University and Heritage Christian College, a new education initiative in Accra, Ghana. 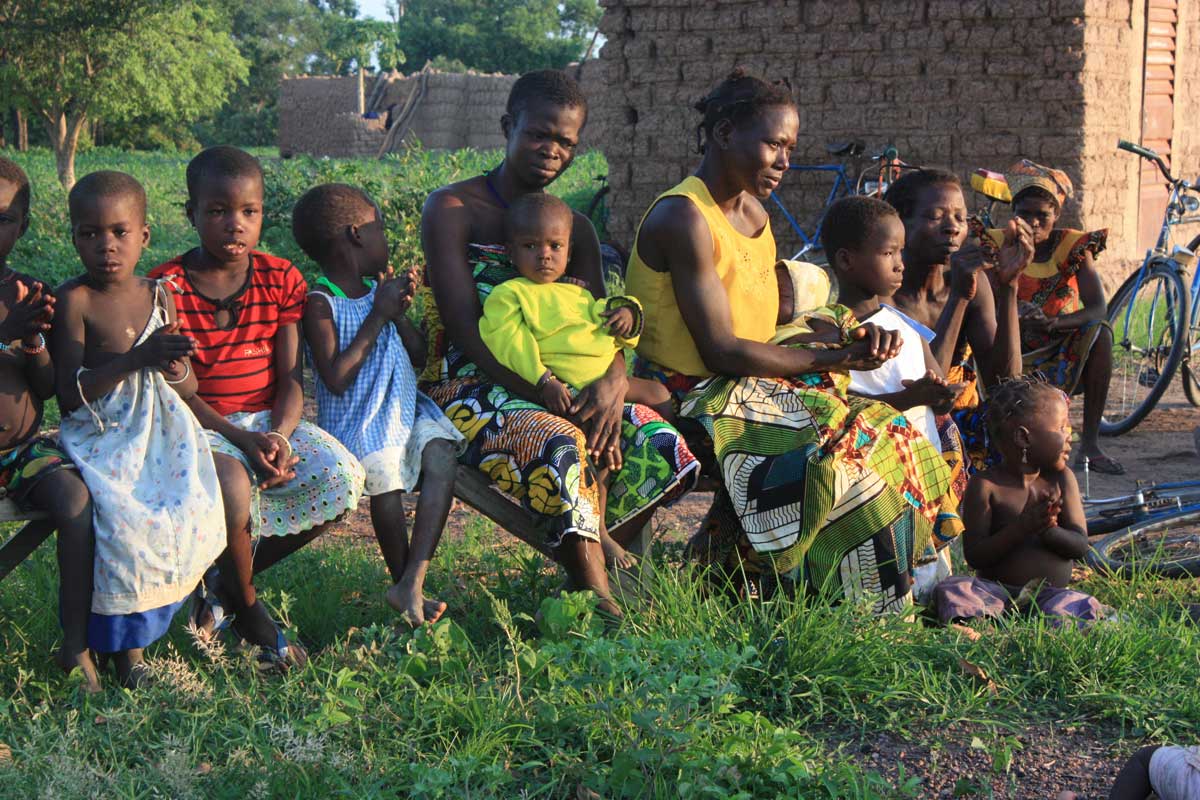 We hopped on Air Burkina in Accra and flew north to the Burkinabe capital, Ouagadougou. (Half the thrill of going to Burkina Faso is getting to tell people you’ve visited Ouagadougou — pronounced “Wah-gah-DOO-goo.” Someone once asked me, jokingly, if that’s anywhere near Timbuktu. It is. Go west from Ouagadougou, across the border into Mali, and you’ll find yourself in Timbuktu.)
We met missionary Chad Carter at the airport. He drove us westward to Dano, where he and a mission team were helping to plant churches. About 2,000 baptisms have resulted from this team’s work, as I reported last year.
Chad and his wife, Amy, were our gracious hosts. Their original home had burned down, and the rebuilt house where we stayed was a marvel of Burkinabe architecture. The clay walls and arched ceilings reminded me of Luke Skywalker’s home in “Star Wars” (which actually was a hotel in Tunisia, up in North Africa). 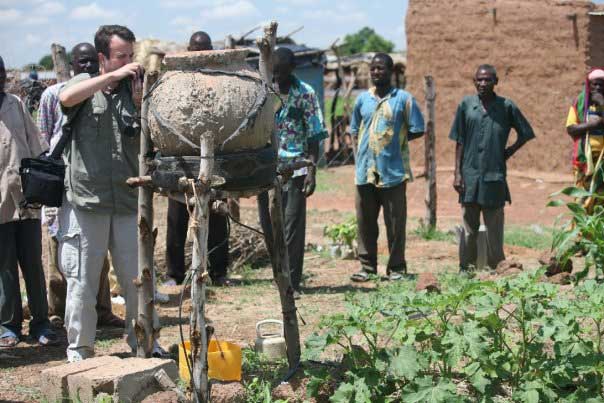 We spent about a week in Burkina Faso, visiting the village churches and members of the Dano team. While we were there, one of the Carters’ neighbors lost a son. The young boy had been playing outside, and came in about noon saying he didn’t feel well. A few hours later, he died. That same evening, he was buried. The neighbors gathered around his freshly dug grave and sang a hymn in the Dagara language that I recognized as one we sing at my church.
I’ll never forget that burial. As a father, it shook me to my core.
The day before we flew back to Ghana, Chad Carter gave us a tour of some other works near Ouagadougou. We picked up church member Tapsoba Mathurin and stopped in the village of Kokologho, where Tapsoba is using the skills he acquired at a Healing Hands International workshop to help a community of Muslims and Christians run an agricultural co-op. 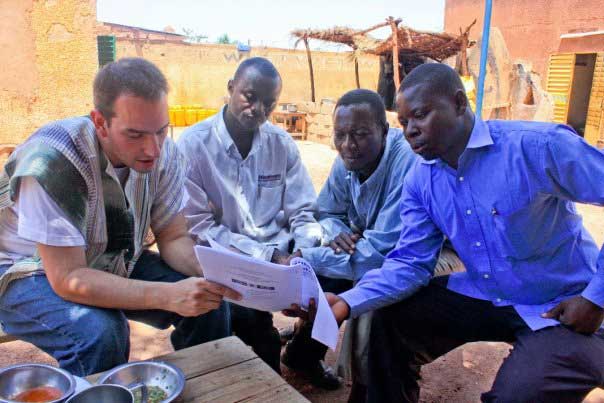 Chad Carter talks about a Bible curriculum with members of the Patte d’Oie Church of Christ in Ouagadougou. (Photo by Erik Tryggestad) 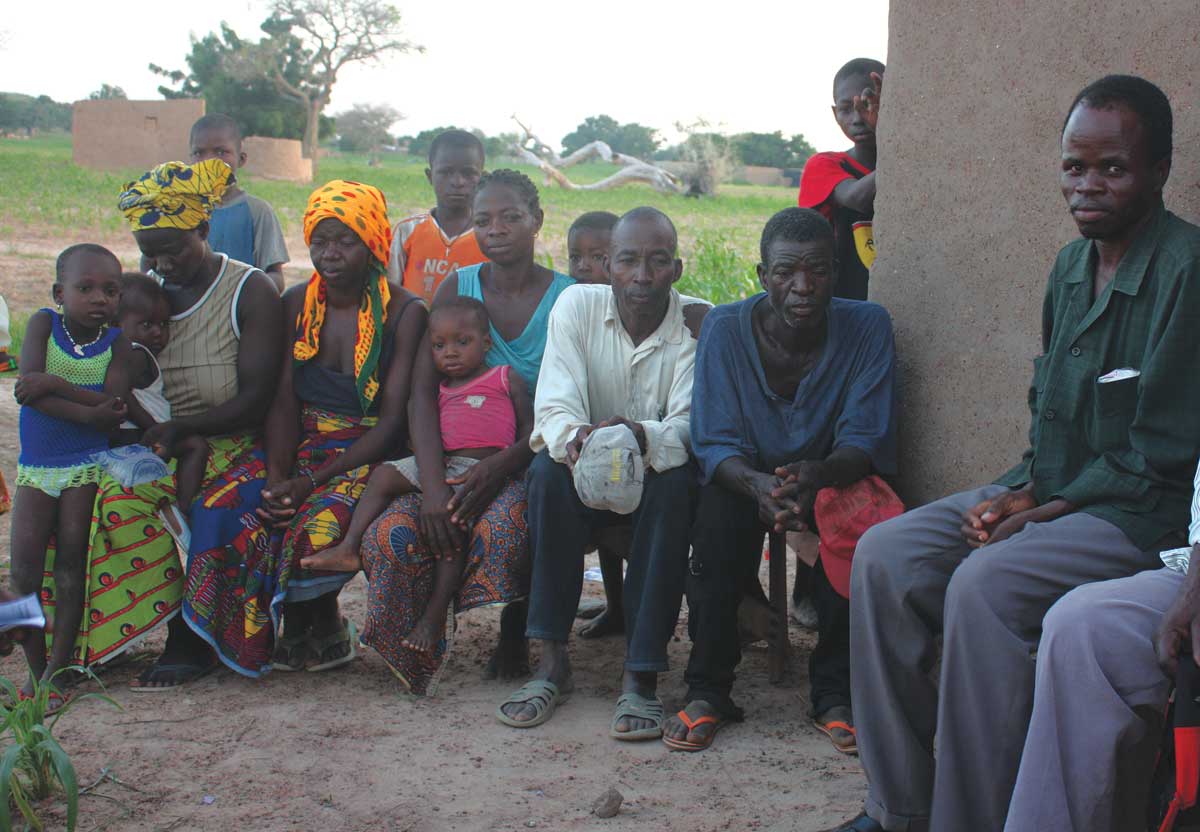 Members of the Church of Christ in Tiebele, Burkina Faso. One of them walked for nearly eight miles to meet us. (Photo by Erik Tryggestad)

After the co-op, we visited with members of the small Patte d’Oie Church of Christ in Ouagadougou. (Yes, I think that mean’s “Goose foot” in French. Not sure why.) We also traveled south to the village of Tiebele, just north of the Ghana border. A small congregation was planted there years ago by a Ghanaian evangelist who died unexpectedly. The church has struggled ever since, said Goama Michel Sam, one of the ministers. Both of these churches asked for French-speaking mission workers to come and help them in their efforts to reach their parts of Burkina Faso with the Gospel.
Here’s one more video — a baptism service I attended in rural Burkina Faso:
httpv://www.youtube.com/watch?v=tv8RVMe4OEM