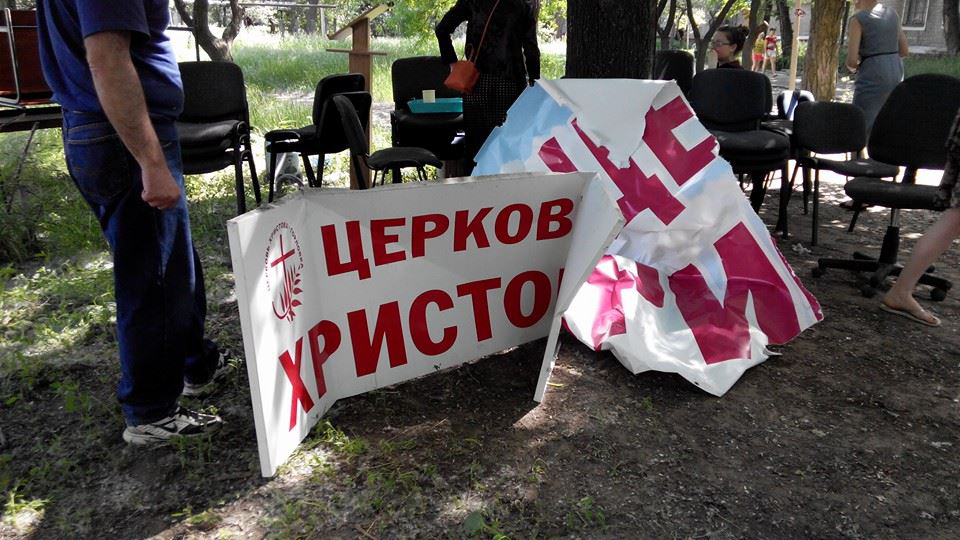 Update: Howell Ferguson posted new information and pictures about the situation in Gorlovka on his personal blog. 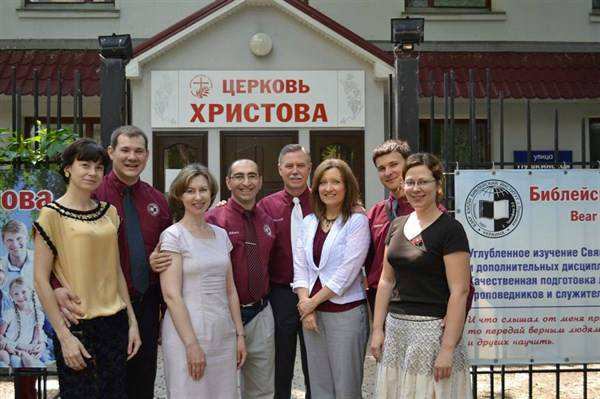 Ukrainian Christians stand outside the meeting place of the Central Church of Christ and the Bear Valley Bible Institute of Ukraine in Gorlovka, Ukraine, before the takeover. (PHOTO VIA WWW.WETRAINPREACHERS.COM)

Armed men seized a building used by a Church of Christ and a ministry training school in the eastern Ukrainian city of Gorlovka during Sunday morning worship.

The men, who call themselves soldiers of the Russian Federation, interrupted the worship service “and demanded we leave,” said Olga Paziura, a member of the Central Church of Christ, which meets in the building. “After much negotiation, we were given two hours to remove contents from the building that we wanted, and (they told us that) the rest would be destroyed.” 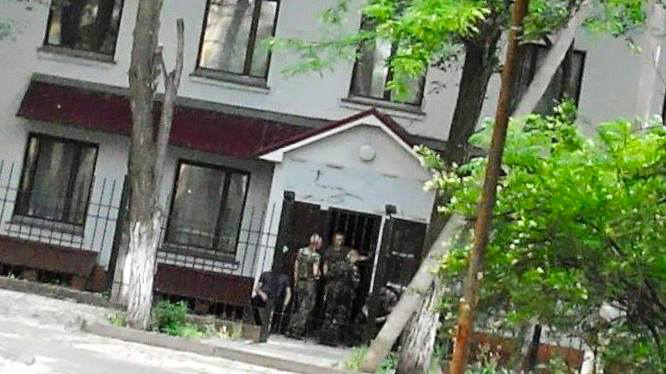 Pro-Russian militants walk into the seized church building after tearing down its sign. (PHOTO VIA WWW.WETRAINPREACHERS.COM)

Church members spent nearly three hours removing the congregation’s belongings from the building as the armed men stood and watched, Paziura said. They had to leave behind a television, washing machines and refrigerators. It took another three hours to load the belongings onto two trucks.

“So it was just very shocking and stressful,” Paziura said. “Some girls lost consciousness (or) started crying.” None of the church members were injured. 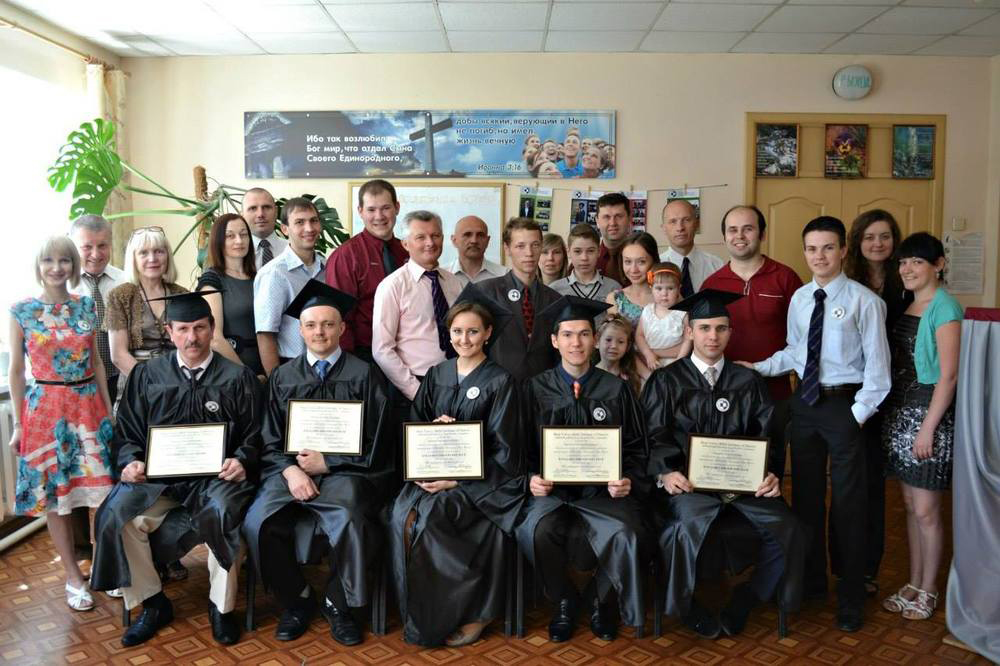 Graduation at the Bear Valley Bible Institute of Ukraine, less than 24 hours before the takeover (PHOTO VIA WWW.WETRAINPREACHERS.COM)

Seven students graduated May 24 after studying for two years at the Bear Valley Bible Institute of Ukraine, said Howell Ferguson, stateside coordinator for Bear Valley. The school’s director “went to bed Saturday night feeling good and relieved that they were able to accomplish the graduation in spite of the turmoil in Ukraine,” Ferguson told The Christian Chronicle. “They never expected something like what happened this morning during worship.”

Ferguson asked for prayers for the displaced church members and Bible school students.

Another ministry training school, the Ukrainian Bible Institute in Donetsk, is closed until further notice, said Jay Don Rogers, director. The school is associated with Sunset International Bible Institute in Lubbock, Texas. Concerned for the safety of the school’s staff and their neighbors, Rogers and his wife left Donetsk and currently are in Canada.

Recently, Rogers received a report that about 20 armed men broke into the school’s facility and searched its dormitory and classrooms. The facility was unoccupied and nothing was taken. The men also searched a hotel above the school and left with a man in their custody.

“We are praying first for our brothers and sisters in Ukraine,” Rogers told the Chronicle, “and we are praying for the evil men that are hurting the people of the region. We are praying that they will repent and come to know the Lord. God wants them, too, to be saved.”

(Jeff Abrams, minister for the Tuscumbia Church of Christ in Alabama, provided information for this report.)

• Editorial: No turning back for followers of Christ in eastern Ukraine

• In troubled Ukraine, ‘Christianity is the greatest treasure we have’